Not of all of Motorsport.com's Top Stories of the year concern events that played out on track, and today's entry is a classic of the genre - the long-running soap opera that was Rich Energy's sponsorship of the Haas Formula 1 team.

Formula 1 fans rarely pay much attention to stories about sponsors, but the saga surrounding Rich Energy's backing of the Haas team took on an extra dimension as it played out across social media during the 2019 season.

Rich first gained attention in F1 circles in 2018, when its boss William Storey attempted to buy into the struggling Force India team. His efforts came to nought, and the Silverstone outfit was subsequently reborn in the hands of Lawrence Stroll.

Storey then switched his focus to sponsorship, and helped by an introduction from Bernie Ecclestone, he began to negotiate with Williams.

He showed up at last year’s United States Grand Prix as a guest of the team, and was seen on the grid with deputy team principal Claire Williams, and wearing headphones in the garage. He was due to meet Williams and her colleagues for dinner that evening to sign a contract.

However soon after the flag he went to the Haas hospitality building to meet with team boss Gunther Steiner, having also been in discussions with the US-owned outfit. He subsequently failed to show at his dinner appointment, and eventually sent a message saying that he wouldn’t be doing the Williams deal after all.

Haas soon announced that Rich would be not just a sponsor in 2019, but the title sponsor, and the team would be rebranded in the drink’s black-and-gold colours.

There was a healthy amount of scepticism in the paddock, given that on paper Rich appeared to have few assets, and its cans seemed hard to find. But Steiner insisted that he’d done his due diligence, and thus most gave the arrangement the benefit of the doubt.

After all, who was to say that Storey didn't have serious investors who would be able to fund both the growth of the business, and the sponsorship deal?

The team’s livery was launched at a pre-season event at the prestigious London home of the RAC. Haas duly showed up for testing, and then the start of the season, in its new colours. But as the weeks went by doubts continued about the ability of Rich to properly fund an F1 deal.

In May a copyright claim from Whyte Bikes regarding Rich’s use of a stag logo similar to its own reached the Business and Property Court of the Hugh Court of Justice.

Whyte’s parent company won the case, and the judge offered some withering opinions on Storey and Rich, and a damning comment about the real scale of the business.

You didn’t need to be an expert in the beverage industry to work out that selling 3 million cans of energy drink – if that was indeed the true figure – could not support an F1 sponsorship deal, however ambitious the expansion plans.

At the Canadian GP the stag logo was removed from the Haas cars. Then on July 10 there came a bombshell when Storey announced on Twitter that he had terminated the Haas deal due to the team's “poor performance.” He also told The Sun newspaper that the car was like a milk float at the back of the grid.

Rich shareholders tried to assure Haas that Storey was acting independently, and made it clear that they wanted the deal to continue. Meanwhile, Storey claimed that there had been a “palace coup.”

The shareholders appeared at races over the summer. However shortly after the Italian GP the team announced that the deal really had been terminated, by mutual consent. How much had been paid by Rich up to that point was never made clear.

Storey continued to Tweet pictures of the Haas cars in full branding, accompanied by loaded comments.

“Been an interesting debut in elite motorsport,” was the message over the Abu Dhabi weekend. “No shortage of large corporates tried to eliminate us including failed attempt to oust our CEO. But we take it as a compliment.” 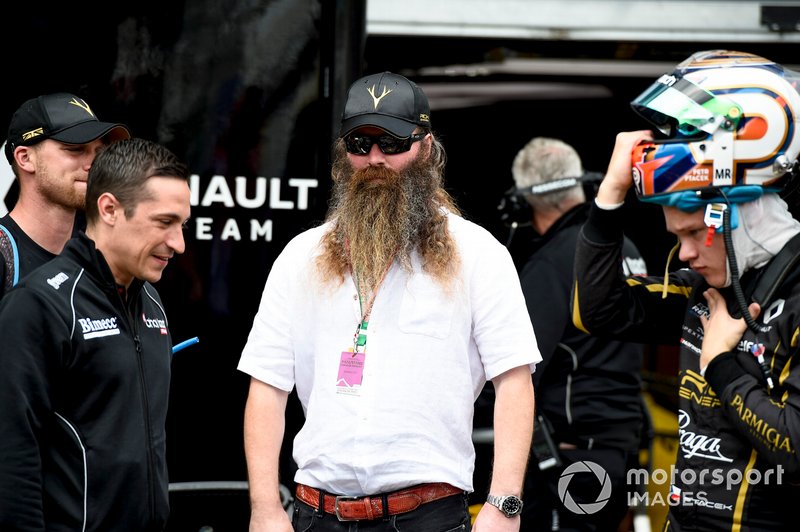