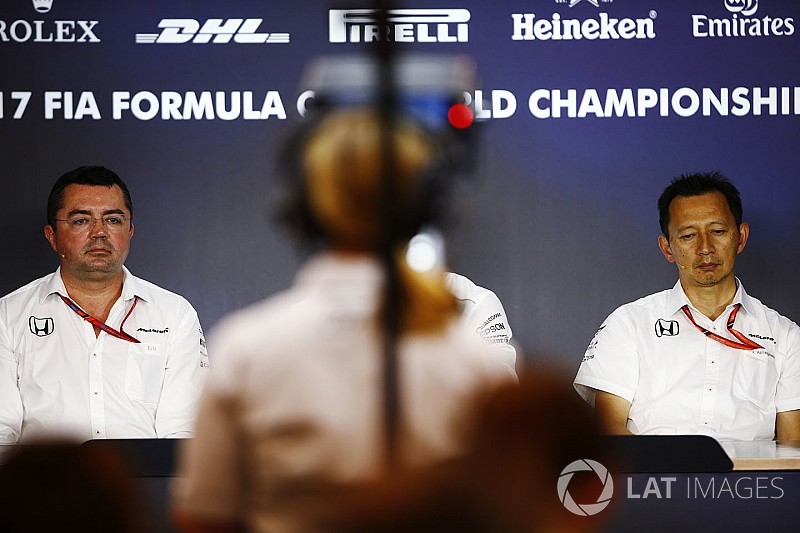 We begin our countdown of the five biggest stories of the year with the final collapse of the ill-fated reunion between McLaren and Honda after a diabolical 2017 season.

When formal confirmation of the split between McLaren and Honda finally emerged during the Singapore GP weekend it hardly came a surprise, given how long the painful saga had dragged on for.

However, it’s easy to forget now what a shock it really was when the first hints that a split was a viable option began to emerge from the Woking camp.

How could mighty McLaren possibly abandon what was supposed to be a long-term contract for a works power unit – and from where would it source an alternative?

It had all seemed so logical when the deal was first announced in May 2013. Having lost its Mercedes support to the Stuttgart manufacturer’s works team – which had previously been Honda before becoming Brawn – McLaren boss Ron Dennis was determined to find a new partner for the V6 hybrid era.

He was adamant that his team needed manufacturer backing to win, and a reunion with the company that had shared such incredible success with McLaren in the Prost/Senna era was a PR man’s dream.

Ron’s theory appeared to be proven when McLaren struggled in 2014, even though it had the same power unit as the dominant works team. That was a season to be endured while Honda quietly got on with the development of its power unit for 2015, the second season of the new formula.

The natural assumption was that given its history and resources, and having benefited from observing what its three rivals were doing, Honda would be able to start at a reasonably competitive level.

What we all perhaps underestimated – McLaren included – was just how much was involved for Honda in creating an F1 engine department from scratch after a hiatus of over five years. Mercedes, Ferrari and Renault could simply switch their staff from the V8 to V6 turbo projects, albeit while having to bolster resources after several years of frozen development with the old models.

Starting anew, Honda relied on many people with no experience of the unrelenting pace of racing R&D, and the fast response times needed.

McLaren had a rude awakening when the new engine tested for the first time in Abu Dhabi in November 2014. The car could barely string a couple of laps together, so unreliable was the new package, and it was hopelessly slow.

The picture was not much better when the 2015 season began. That year, Fernando Alonso and Jenson Button scored just 27 points between them, and the team stumbled to ninth in the World Championship.

Honda was given some leeway, by the team and the media – this was the first season after all, and the company could now put hard-learned lessons to good use. Indeed, there were signs of progress in 2016 as McLaren climbed to sixth in the championship. Alonso made the points on nine occasions, even managing fifth in Monaco.

It was logical to assume that there would be a further step in 2017, and that the team could at least aspire to having the fourth-fastest car, and a regular shot at the top six.

However, it simply didn’t happen. Both performance and reliability slipped back, and with the FIA limit dropping from five engines per season to four, the drivers hit grid penalties after just a handful of races.

The relationship between the two parties deteriorated to the point of no return. McLaren had lost faith in Honda’s ability, and didn’t believe that there would be a significant enough improvement for 2018 – and it couldn’t afford to wait.

As one insider noted, the situation was killing the team. The continued poor form had cost F1 prize money, and driven sponsors away. That had to be balanced against the commercial benefits of a free engine supply, and the extra funding that came with it.

It was a difficult call in financial terms, but McLaren’s conclusion was that it was better to pay for a more competitive engine and take a shortcut to improved results, on the basis that that success would ultimately bring more funds into the team.

But what engine would it use? A reunion with Mercedes was even less likely than forming a relationship with long-time nemesis Ferrari.

That left only Renault, the least competitive and least reliable of the three options, but a company that had a reputation for providing its customers with equal equipment to its own works team.

Crucially, Red Bull had won races with the French engine, which was clearly getting better. If the McLaren chassis was as good as some felt it was, then surely the team could challenge for victories in 2018.

Finalising the deal was not the work of a moment, and ensuring that Honda had a new partner in Toro Rosso, with the carrot of possible future co-operation with Red Bull Racing, was a key element.

In the end, everyone - even Honda - claimed to be happy with the outcome. But only the 2018 season will give us the real story of who gained the most. 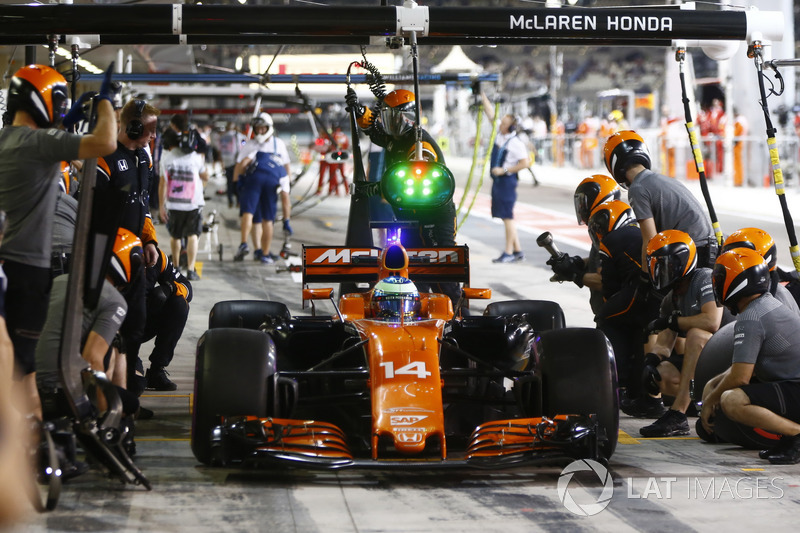