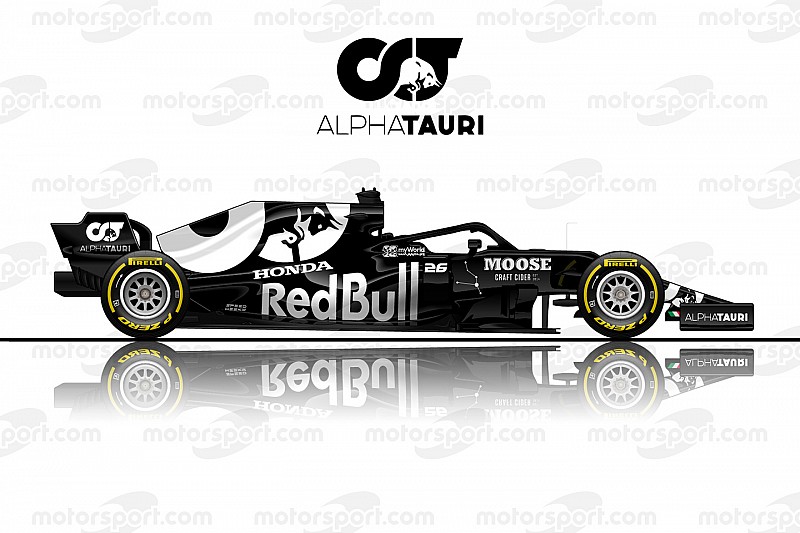 The Toro Rosso Formula 1 entry will change its name to AlphaTauri next season if rival teams approve a request to do so. Above is our rendering of what its livery could look like.

Red Bull’s junior team has been on the grid since 2006, after the energy drinks company bought and rebranded Minardi.

It has raced as Scuderia Toro Rosso every year since then, using an Italian translation of Red Bull as its name to honour the new team’s Italian predecessor and headquarters.

Red Bull has used Toro Rosso to give its proteges race experience in F1, with the likes of four-time world champion Sebastian Vettel and current Red Bull star Max Verstappen having competed for the junior team.

It has also used Toro Rosso to advertise different products, such as Red Bull’s cola and tonic drinks.

Now, Motorsport.com sources have confirmed the team has requested to be rebranded in the name of Red Bull’s AlphaTauri fashion label, which was launched two years ago.

AlphaTauri is named after a star in the Taurus constellation, one of the oldest group of stars in the known universe.

A name change requires both the approval of the commercial rights holder and a favourable vote of the F1 Commission.

That will include an e-vote between teams, which is yet to be completed.