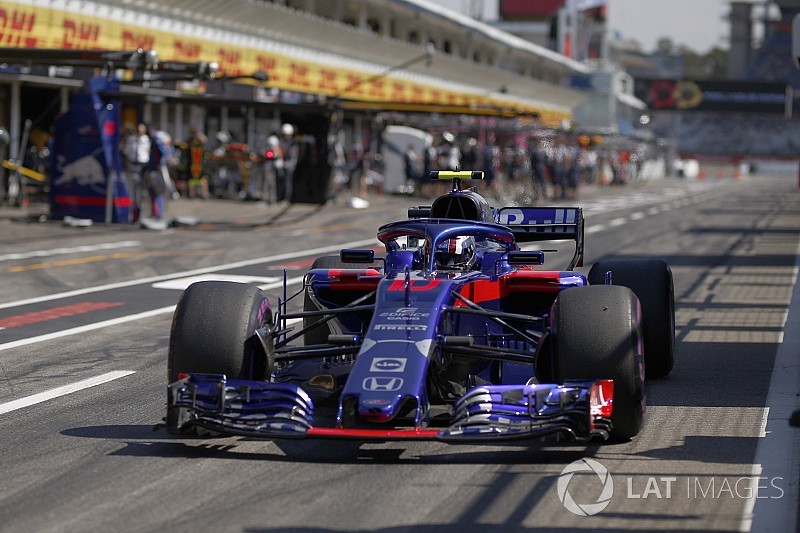 Pierre Gasly is set to join Daniel Ricciardo on the back row of Formula 1's German Grand Prix grid after Honda opted to change most of his power unit components for the race.

The decision was made simply to add more elements to the pool for the season at a race where the penalty would be relatively insignificant.

Toro Rosso-Honda driver Gasly was only 16th on the provisional grid, and now drops to 20th behind teammate Brendon Hartley, Lance Stroll, Stoffel Vandoorne and Ricciardo.

Honda explained: “Prior to today’s race, for tactical reasons, we are changing all PU elements with the exception of battery-related components on Pierre’s car.”

Gasly’s teammate Hartley took a raft of new Honda elements at Silverstone, so the move ensures that both men have plenty of leeway heading to Hungary, a race which could present an opportunity for STR due to the track's lack of reliance on straightline speed.

Alonso: Vandoorne closer to me than Raikkonen was