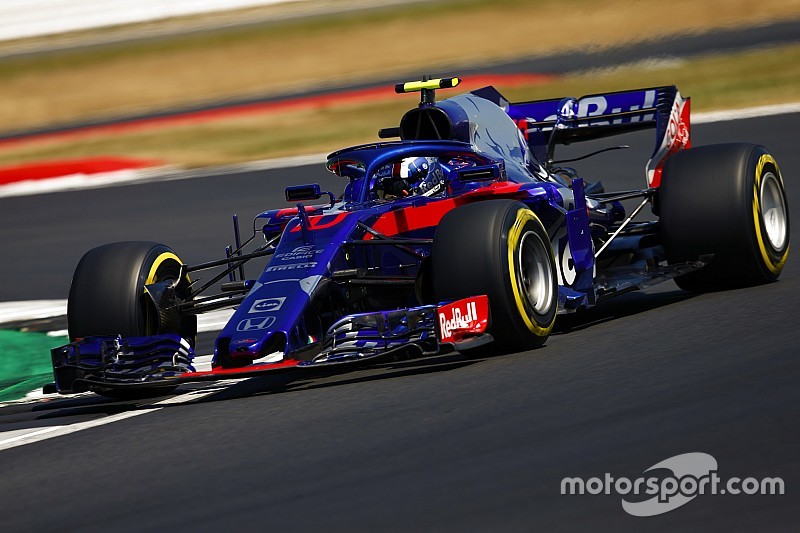 Toro Rosso technical director James Key has admitted his team is not happy with its "rollercoaster" first half of the Formula 1 season.

High points like Bahrain, where Pierre Gasly earned Honda's best result since it returned to F1 in 2015, have been matched by struggles understanding a new aerodynamic package introduced in Austria and complaints about straightline speed in Britain.

Toro Rosso's work with Honda has convinced Red Bull to switch to the Japanese manufacturer's engine next season, but the junior team's campaign has been frustrating at times.

"This season has been just a rollercoaster, really," Key said in an interview on Honda's F1 website.

"We're not happy at the moment, I have to say, with where we are. But there's lots of different reasons for that.

"When we've shown a ton of pace, we've used it well, particularly with Pierre in Monaco and Bahrain, but we haven't quite had the consistency that we've wanted.

"Definitely, some of that is down to chassis. We've got upgrades coming to try and improve that consistency.

"The frustration is that you kind of know you can do it, you've just got to get all the things right. And when they do fall into place, it works really well."

At Silverstone, half a second covered sixth to 16th in the opening part of qualifying.

"This year, inconsistency is a swing of just 0.3s of lap time," said Key. "That could be the difference of being in the top 10 and being P14 or even out in Q1.

"So actually, it looks kind of very up and down, but when you look at the lap times, it's very, very compressed.

"You've got to be on top of your game, and I don't think at some events, for various reasons, we've been 100% on top of our game. That's something we'll try to turn around."

At Silverstone, Gasly complained about Honda's straightline deficit, although Red Bull driver Daniel Ricciardo said his team was losing about the same with Renault.

Gasly thought he had earned a point in Britain but lost 10th place to a post-race penalty for hitting Sergio Perez.

He said he was unsure what to expect for the next race in Germany but hoped Hungary, one week after Hockenheim and the final GP before the summer break, would offer another opportunity to break the top 10.

"[Hockenheim] is quite a lot of straightline as well, but the last section is quite technical, with a lot of corners, so maybe there is something to play there for us," he said.

"At the moment I think the best chance we have will be in Budapest - but Hockenheim I don't really know how it's going to be."

Why all F1 drivers must be more like Raikkonen