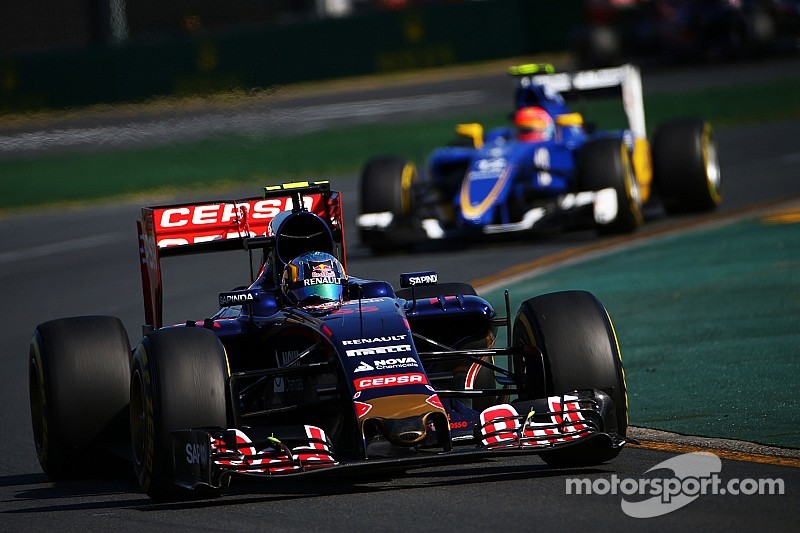 Carlos Sainz: "I’m happy with my first race weekend, I feel that I’ve achieved all my objectives and I look forward to the next race in Malaysia"

Carlos Sainz (STR10-04, Car 55 - Race: Pos. 9th): “I’m very pleased to have scored my first ever Formula 1 points in my debut race here in Melbourne! Obviously, we know there was much more potential than a P9 today but, all in all, if we take into account everything that happened, we need to stay positive, keep improving and believing in ourselves because we know we can do better.

I really enjoyed today’s race, I did a great start and I liked the battles into turn 1, even though I was maybe a bit too optimistic there but I learned my lesson.

The slow pit-stop was a tough moment for the whole team, as we were in a very good position and lost quite a lot of time. From then onwards the race changed and it was just a matter of bringing it home without problems. I’m happy with my first race weekend, I feel that I’ve achieved all my objectives and I look forward to the next race in Malaysia in two weeks’ time.”

Max Verstappen (STR10-03, Car 33 - Race: Retired): “A disappointing way to end my first ever Formula 1 race, but there have also been many positives along the way this weekend. In today’s race I had a good first run on the mediums; a lot of people around me were on softs and I was still able to stay quite close to them. But as soon as I re-joined the race after my pit-stop I saw smoke, so I reported that to the pit-wall and they asked me to stop the car.

It’s a real shame, because I was feeling good, the car was working well and if I had been able to stay on track I think we would’ve finished in the points. We’ve been a bit unlucky, but we need to focus on the positives and get ready for the next race in Malaysia, where I will put everything we’ve learned here in Melbourne into practice and I hope for a much better result.”

Phil Charles (Chief Race Engineer): “It’s been a very frustrating day for us today as we know we could have done much better. What could have been quite a good day has been unfortunately let down by a few problems on the team side which have cost us quite dearly.

With Carlos, a software setting issue after the safety car cost him two places; a problematic wheel related pit-stop made him lose a considerable amount of time, and some other software and setting problems also compromised him when defending against the Sauber at the end of the race. So for him it was definitely far from a clean race but he still managed to score points, which has to be considered a positive factor.

As for Max, it’s a very disappointing day, as the strategy that he was on, starting on the prime tyre, meant that he would have most likely finished in the points. With all the issues we have had, we’ve given away what could have been a very positive day and it’s a shame that both drivers haven’t finished the race with the good point scores that they deserve. We know what we have to improve and in which direction we have to work in order to try and avoid that a day like this happens again.”

Cedrik Staudohar (Renault Sport F1 track support leader): “We brought some updates to Australia to improve driveability and performance and some have worked. It has however been hidden by other issues. We’ve worked hard all weekend to improve, especially in driveability, to deliver something more consistent for the drivers.

We moved forward in qualifying and the race and finished the race in the points with Carlos, even with a delayed pit-stop. For Max, we had to retire due to a problem with the ICE that will be investigated and fixed for next race. We are not where we would have hoped and obviously need to improve further for the next races; we will analyse everything closely and come back stronger in Malaysia.”