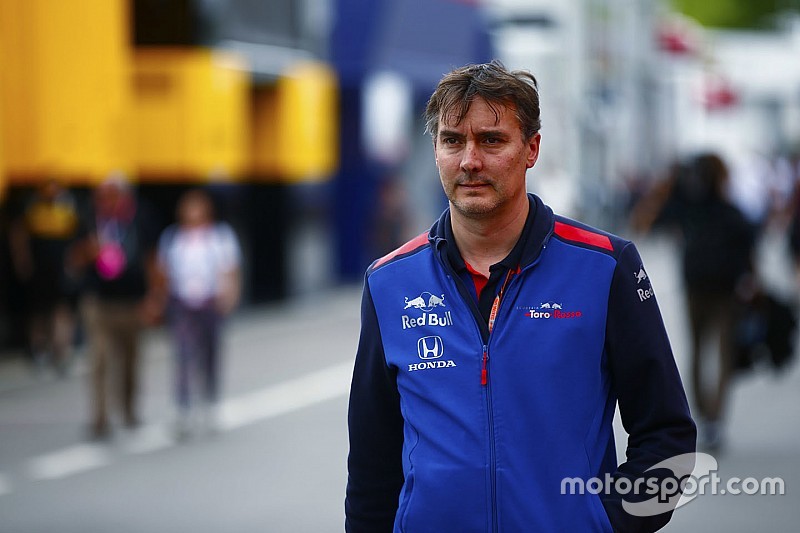 Red Bull motorsport boss Helmut Marko is adamant that McLaren will not be able to employ James Key until the Englishman's Toro Rosso contract runs out.

McLaren announced on Thursday that the Toro Rosso technical director will be joining the team, although it would not confirm a date.

It is understood that McLaren boss Zak Brown was talking to Red Bull about the terms of Key's departure, but those discussions hit a snag when the story emerged in the media, and was subsequently confirmed by the Woking team.

It now appears that Red Bull wants Key to fulfil his contractual obligations to Toro Rosso.

"He has a long-term contract with Toro Rosso," Marko told Motorsport.com. "We had a discussion with Zak, and instead of coming back to us, there was a press release done.

"So we'll stick to the contract, and McLaren will have to wait for quite a long time."

Marko made it clear that he expects Key to see out his contract, which is understood to stretch to 2020.

"Of course. There's a contract for quite a long time. Why do we have contracts? We have to analyse the whole situation.

"As McLaren is making press announcements, we have to look seriously at the legal situation. But it's sure we won't release him earlier."

Asked if Key is on gardening leave, he said: "As far as I know he's on holiday at the moment, and we won't put him in a position where he gets all the latest information, that's clear."

Marko also downplayed suggestions that Red Bull would use the situation to get access to Lando Norris, having sounded out McLaren about the F2 frontrunner earlier in the year.

Red Bull Racing boss Christian Horner indicated that the senior team is also keeping an eye on the situation, because it has some concerns about Key's knowledge.

"That's what we're pretty protective of. We're obviously keen to have an understanding of what the situation is with James and Toro Rosso in the relatively near future."