AlphaTauri Formula 1 team principal Franz Tost has praised driver Pierre Gasly for "always increasing his performance" after another strong season with the team.

After a failed stint with Red Bull's main team, Gasly returned to its sister team AlphaTauri after the 2019 summer break, remaining the Faenza squad's lead driver ever since.

As soon as he regained his confidence, the Frenchman started producing excellent results, topped off by a stunning maiden win in last year's Italian Grand Prix.

In 2021 Gasly has continued to shine, almost single-handedly keeping AlphaTauri in the hunt for fifth place in the constructors' championship.

While his team is currently tied with Alpine, Gasly occupies ninth in the drivers' standings, boosted by a Baku podium and a pair of fourth-place finishes.

According to team boss Tost, Gasly is still improving race by race, as evidenced by his stellar run of qualifying performances of late.

The past two grands prix he managed to outqualify all cars from Ferrari and McLaren, who are fighting higher up in the constructors' championship.

"Because if you compare him now with at the beginning of the season he made another big step forward from his behaviour in the car, from the understanding of the technical side.

"We had just now the technical debrief and he changed so many positions from the mapping site in his qualifying lap. And this shows how matured he is, how good he understands the technique of the car, because these cars and power units are so complicated.

"Changing some modes during the qualifying lap helps you to improve the performance and he did it in a fantastic way and therefore he is 5th." 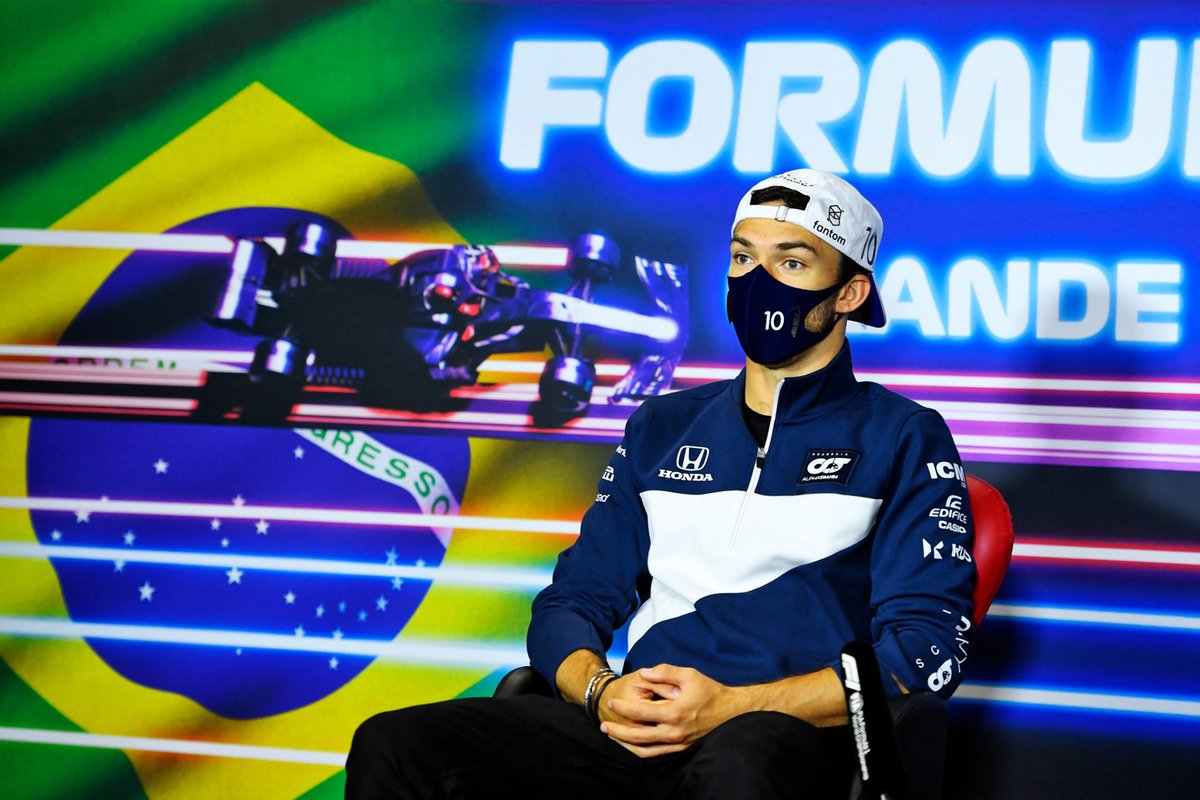 Alpine and AlphaTauri both left Brazil with 112 points. While Tost acknowledged his team's car is clearly the fastest of the two at the moment, he remains wary of the fact that "one race can change everything", given Alpine managed to win the Hungarian Grand Prix with Esteban Ocon.

"Normally Scuderia AlphaTauri must be settled on this position, because in my opinion our car is faster," he admitted.

"We have two fantastic drivers, and the team is doing a really good job. But you never know what happens because Alpine scored nearly all the points [possible] in Budapest. That means in one race can change everything.

"Therefore, as long as the arithmetical situation is not clear, you can never say that you're in front."

Brown: 2021 a "very successful year" despite McLaren's drop to fourth