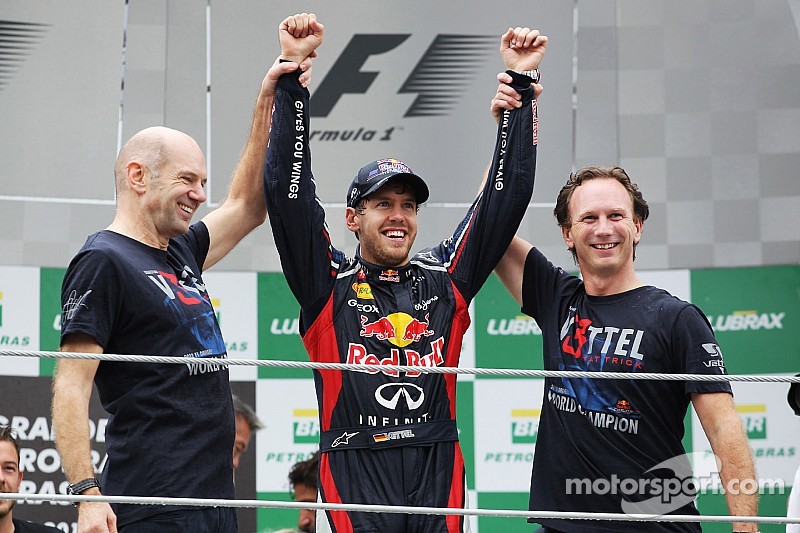 Christian Horner says it was not easy to have to say goodbye to Sebastian Vettel at the end of this season, but he insists that the timing of the split was right for both parties and that Daniil Kvyat is a worthy replacement.

“He's achieved so much for us,” said Horner at the Autosport Awards. “He started like one of the youngsters we've seen this evening, twelve years of age when he started with Red Bull, he's grown with us, we've won 39 Grands Prix, four World Championships. It was a tough thing to see him go, but the timing was right for him, it was right for us. In Daniel Ricciardo we've got such a wonderful driver that's done an unbelievable job this year.”

Regarding Kvyat's prospects he said: “I think Daniil's demonstrated this year that he's got fantastic speed, he races incredibly hard. When Sebastian announced he was leaving to go to Ferrari Daniil was the obvious choice. We've seen the quality of juniors in Sebastian Vettel, Daniel Ricciardo that have graduated from Toro Rosso, and Daniil's following very much in their footsteps.”

Meanwhile Horner says that Adrian Newey's change of role will not have much of an impact on 2015.

“Adrian being Adrian a step back never seems to be that far. He's still very much involved. He's getting involved with other projects. We announced that we're getting involved with the British America's Cup Challenge, which Adrian is going to be overseeing, but he's very much still involved in what we're doing at Red Bull Racing, and mentoring the guys that have done such a wonderful job over the last few years.”