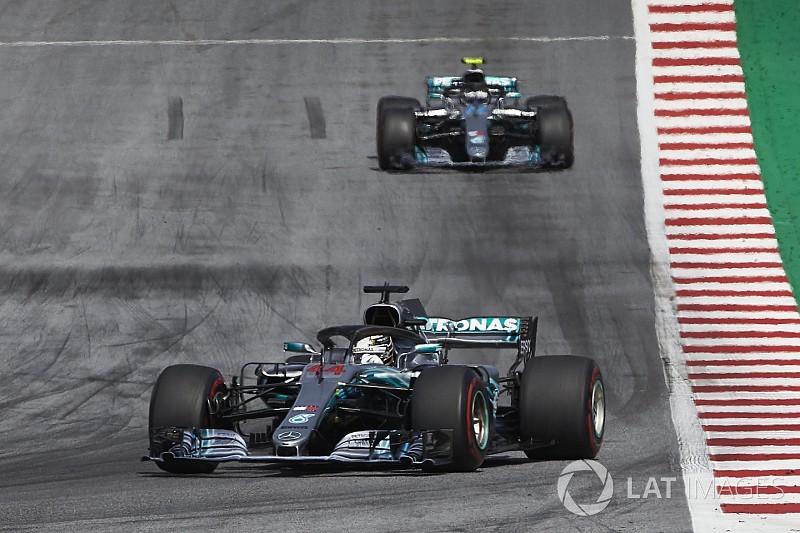 Hamilton stopped after a problem with a fuel pump fastener late in the race, which completed a double-DNF after teammate Valtteri Bottas retired early on after a power steering problem triggered a loss of hydraulics pressure.

Mercedes identified the cause of those faults and had fixes for both in place on Monday.

As the fuel pump is engine-related, it has rolled out a slightly modified design for the two works cars plus customer teams Williams and Force India for this weekend's race at Silverstone.

Both problems had not been experienced before, but Mercedes has already ruled out any link to its upgraded power unit that was introduced two weeks ago in France.

Hamilton is chasing a sixth victory at Silverstone, where he believes Mercedes' aero package will shine.

The team's double retirement masked the gains made from back-to-back upgrades for the engine and aerodynamics respectively, which have helped it secure pole for the last two races.

Hamilton said the way Mercedes has responded to problems this season has "really united us more than any other year".

"While it was a painful experience it has brought us closer and made us stronger," he said.

"There have been some fixes. Immediately after the race, as soon as they got the car back, that evening there was a fix that was designed and put into test mode.

"The team were super on it and I am confident we have done everything we can to make sure it doesn't happen again."

Hamilton said the speed of Mercedes finding a solution was "mind-blowing" and Bottas was also effusive in praising the team.

The Finn, who visited Mercedes' base on Tuesday and Wednesday, said: "I followed a bit of the process of how they found the issue and how they reacted to fix it and make sure it doesn't happen again.

"It's really impressive. There were a lot of talks on Sunday night to identify it already, they did a lot overnight, and by Monday it was pretty much fixed."