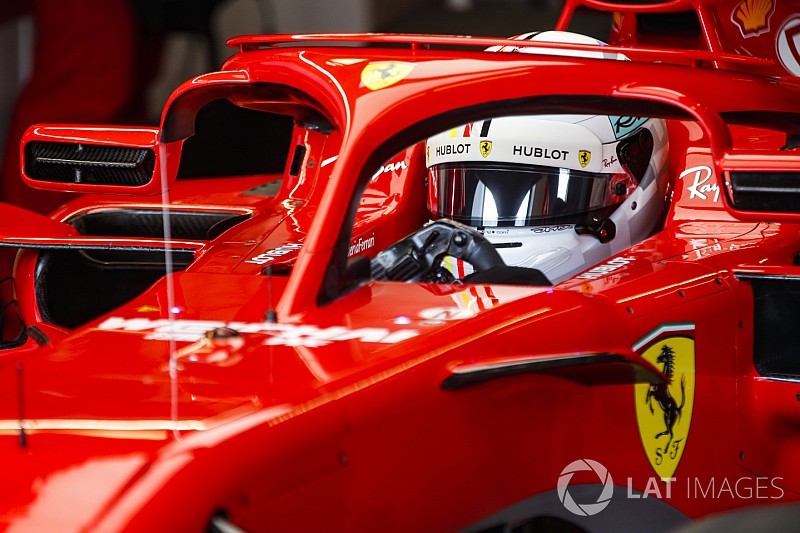 An unhappy Sebastian Vettel blamed a scrappy lap for missing out on pole position for the Italian Grand Prix, as he refused to elaborate on the reason behind a curt radio message at the end of qualifying.

Just moments after celebrating over the radio as he briefly grabbed the top spot in Q3 at Monza, Vettel was informed by the team that he had ended up in second after being edged out by teammate Kimi Raikkonen.

Replying over the team radio, Vettel said to the team: "We speak after."

Clearly disappointed about missing out on pole, the most likely cause of any annoyance from Vettel would have been that he had been handing a slipstream to teammate Raikkonen, who was running behind him.

But pushed on his radio comment, and whether there would be team orders in the race, Vettel said: "No, I don't think anything related to that. Clearly I wasn't happy but I don't tell you why."

Vettel said that giving the slipstream was not out of the ordinary, because it was Raikkonen's turn to run second on the track.

"We have an order that changes every week," he explained. "This weekend was Kimi to go second, simple."

Rather than blame the slipstream issue, Vettel believed that he ultimately lost out because of a series of mistakes over his final qualifying lap.

"To be honest, it was not a tidy lap, the other laps were actually better," he said. "I lost a bit at the first chicane, second chicane, the Lesmos, pretty much a bit everywhere.

"The last sector was okay but not fantastic, so not just a good lap and not good enough obviously. I was lucky to get second instead of third, but it was just not good enough."