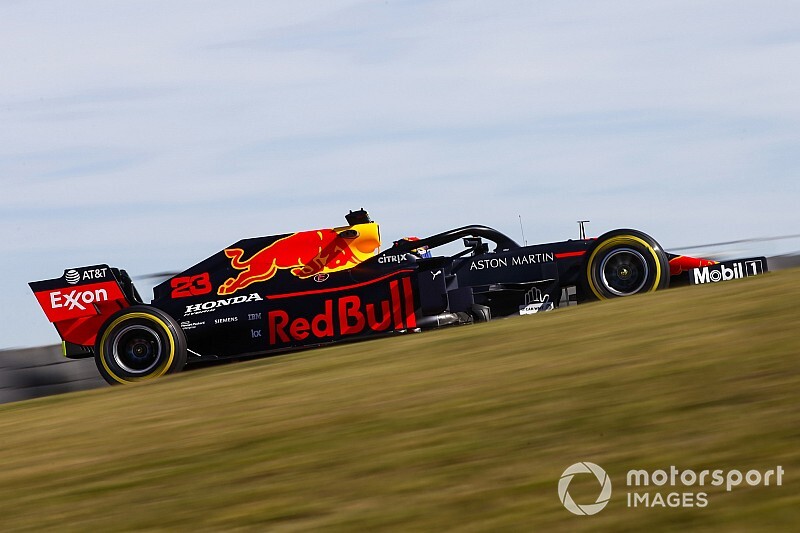 Max Verstappen set the fastest time in the opening Formula 1 practice session for the United States Grand Prix as Lewis Hamilton was only eighth in the lead Mercedes.

Verstappen was 0.169s faster than Ferrari's Sebastian Vettel in the first 90-minute session on Friday, with Alex Albon backing up his Red Bull teammate in third.

Red Bull showed table-topping pace throughout, with Albon quickest at the halfway stage on a 1m35.282s before times tumbled as the track improved and teams switched to the soft tyre.

After dropping Pirelli's development 2020 tyres for a set of mediums and then softs, Verstappen posted a 1m34.057s.

As neither Mercedes driver or Charles Leclerc's Ferrari set a representative time, Pierre Gasly ended the session fourth, just under a second slower than Verstappen.

Daniel Ricciardo was fifth for Renault, a shade faster than Romain Grosjean's Haas, with Leclerc only seventh, 1.3s off the pace.

Hamilton, who has regular race engineer Peter Bonnington back alongside him at Austin, ended up a few hundredths shy of Leclerc.

He vaulted into the top 10 with a late soft-tyre run after threatening to end the session 18th.

Lance Stroll was ninth for Racing Point, and Kevin Magnussen completed the top 10 in the second Haas.

Valtteri Bottas was down in 17th in the second Mercedes. He did complete a lengthy stint on softs but spent the rest of his session on development tyres and mediums.

Several drivers complained about bumps around the track and a jump at Turn 9, where there has been a mix of resurfacing and other parts being left alone and deteriorating.

Television replays even showed small parts being thrown off by at least one Haas over the bumps.

Carlos Sainz suffered a major spin through the Esses after losing his McLaren on the bumpy entry to the corner, while many others ran wide and had lap times deleted for track limits.