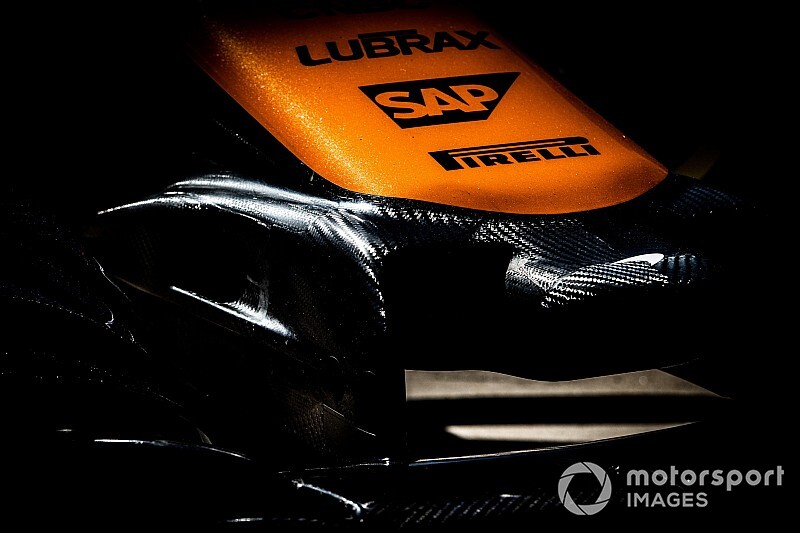 Giorgio Piola and Sutton Images bring you the Formula 1 technical updates on show in the Austin pitlane at the United States Grand Prix, giving insight into the relentless development undertaken by the teams in pursuit of more performance. 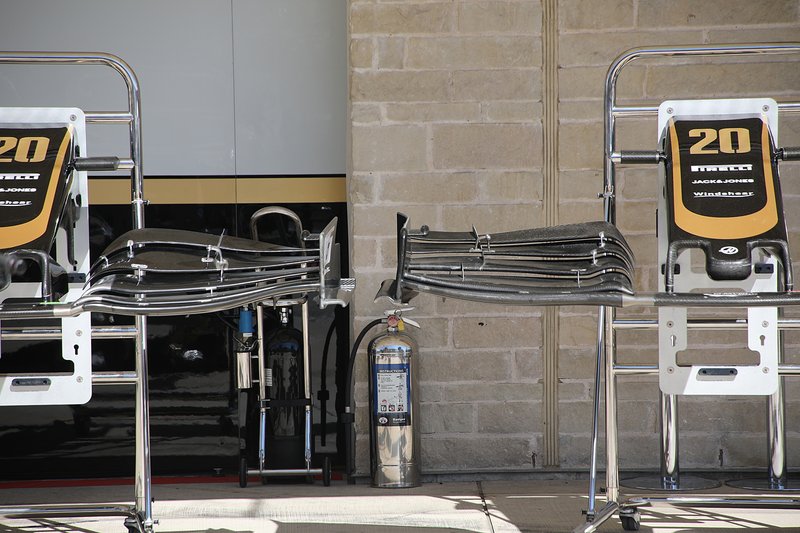 A side-by-side comparison of the new and old specification front wings that Haas will trial this weekend. The new wing (left) features a concept more skewed toward the outwash design trend, with the outer section of the flaps placed lower on the endplate, which now also features a cutout in the upper corner. Haas is trialling this design to establish its direction for 2020. 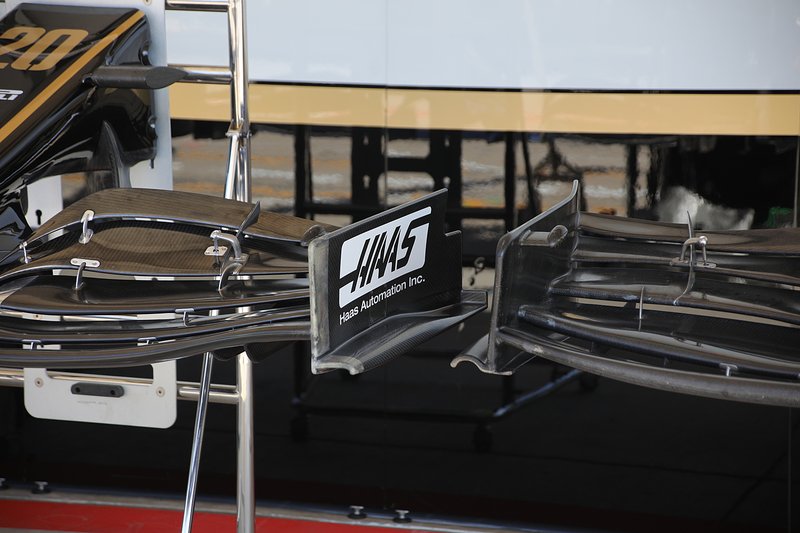 Another shot of the pair of wings to be used by Haas, but this time zoomed in a little closer to show the cutout in the endplate. 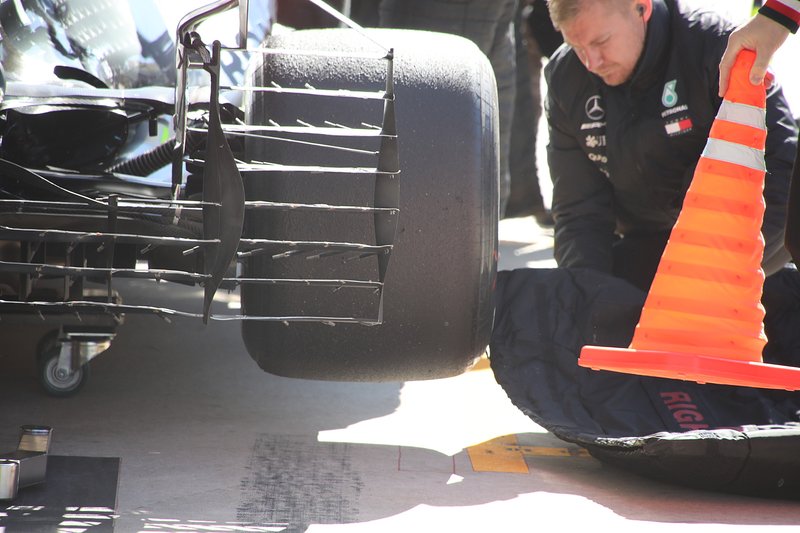 The Mercedes W10 with a kiel probe array fitted behind the rear tyres and diffuser to gather invaluable data on the 2020 tyres, in order that the team can understand how they differ aerodynamically to this year’s rubber. 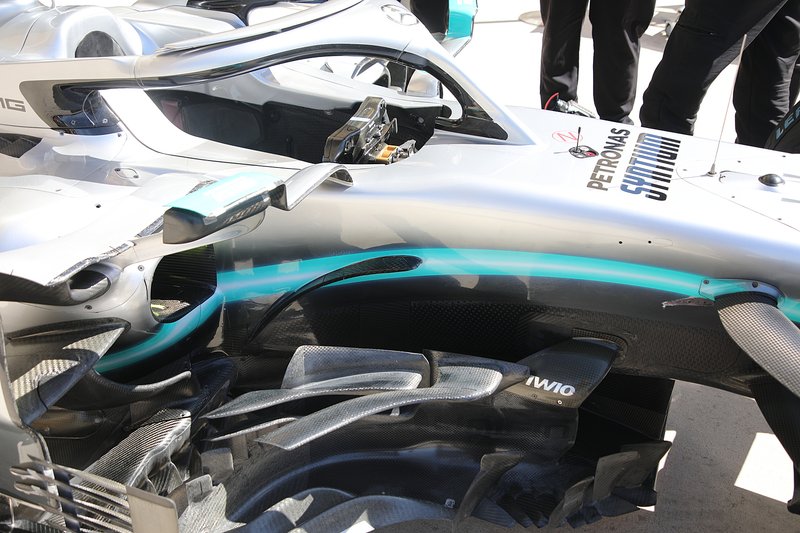 An overview of the bargeboard region on the Mercedes W10, which has been extensively revised throughout the season. 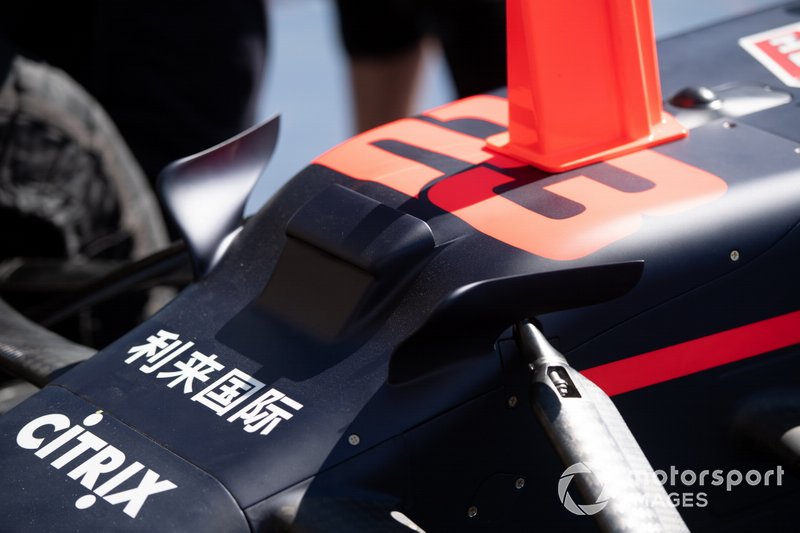 A close up of the narrower ‘S’-duct solution first presented by Red Bull at the Japanese GP. 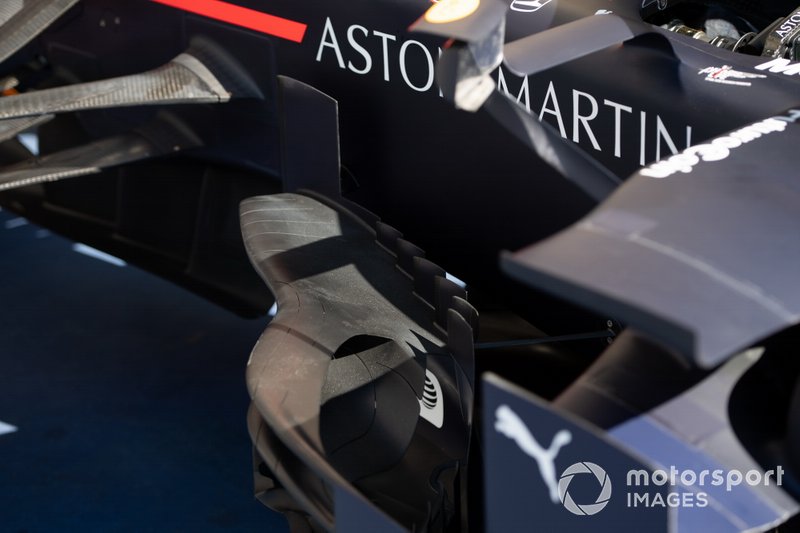 A close up of the Red Bull RB15 shows off the feather edge on the top of the bargeboard and legality slots in the boomerang winglet. 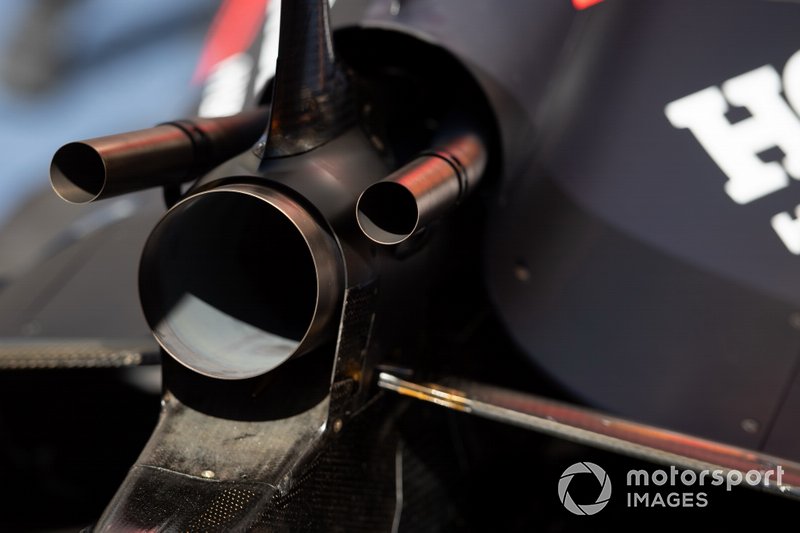 A close up of Red Bull’s exhaust and upwardly-angled wastegate tailpipes.

Sensors fitted to the car of Daniel Ricciardo, Renault R.S.19 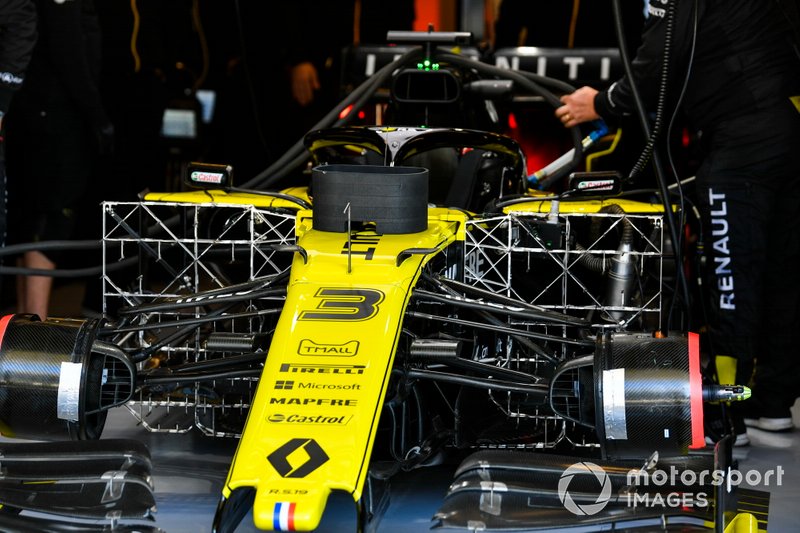 The Renault RS19 outfitted with kiel probe arrays fitted behind the front wheels for Free Practice in order that they can gather data on how the development tyres for 2020 differ in terms of the wake they create.

The nose of the Ferrari SF90 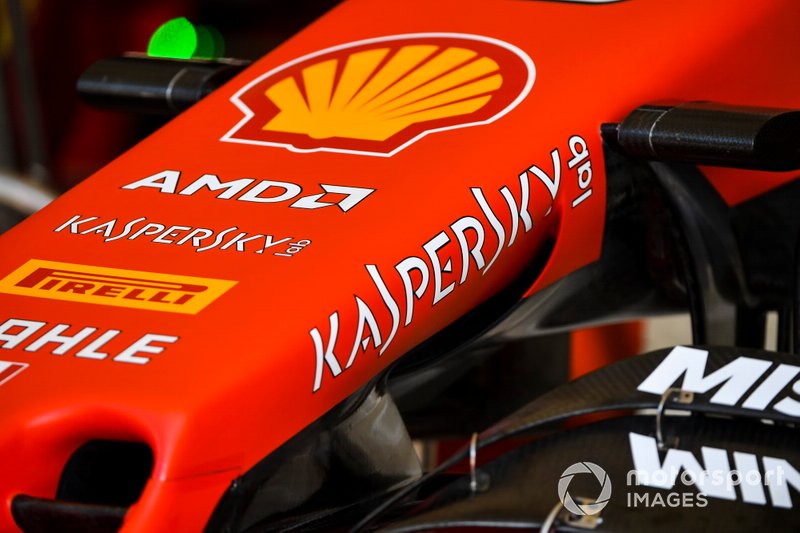 Extreme close up of the ‘S’-duct’s mouth-like inlet on the Ferrari SF90. 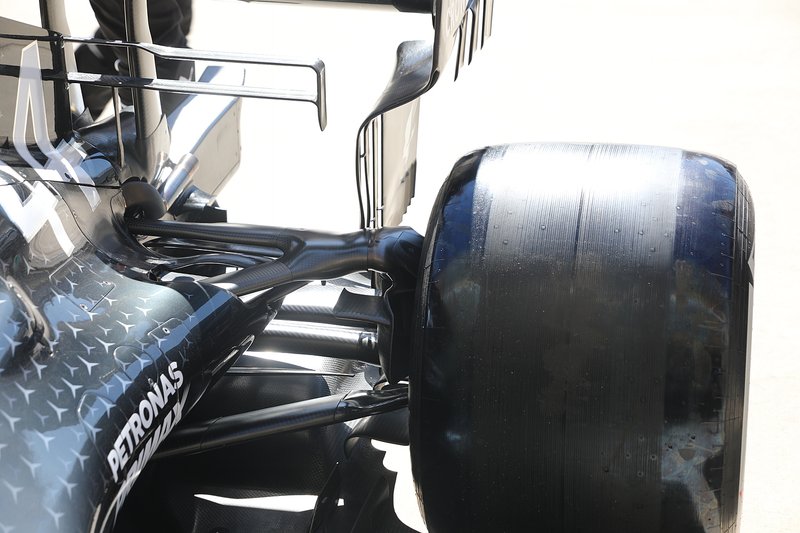 A look at Mercedes’ rear suspension, note how the upright fairing is also shaped to feed cool air into the brake drum. 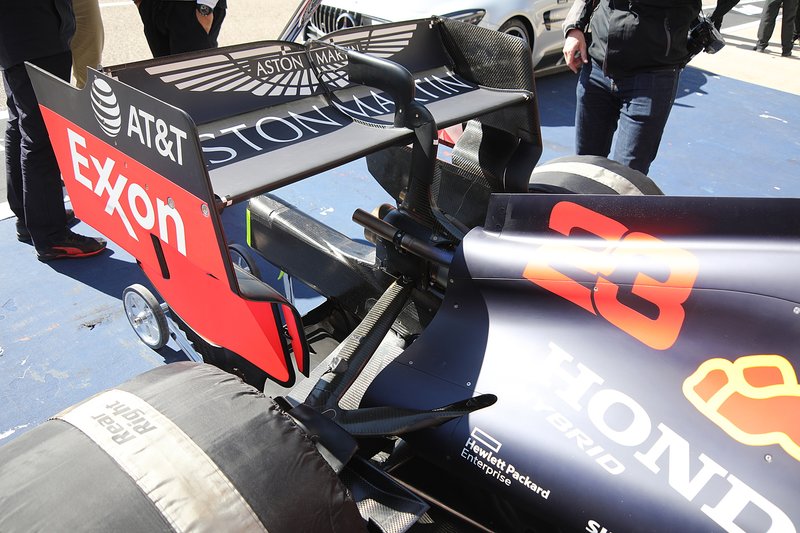 An overview of the rear-end packaging and rear wing being used by Red Bull this weekend, note how it has returned to a much tighter cooling package, with the large outlets around the upper suspension arm pared back to improve aerodynamic efficiency. 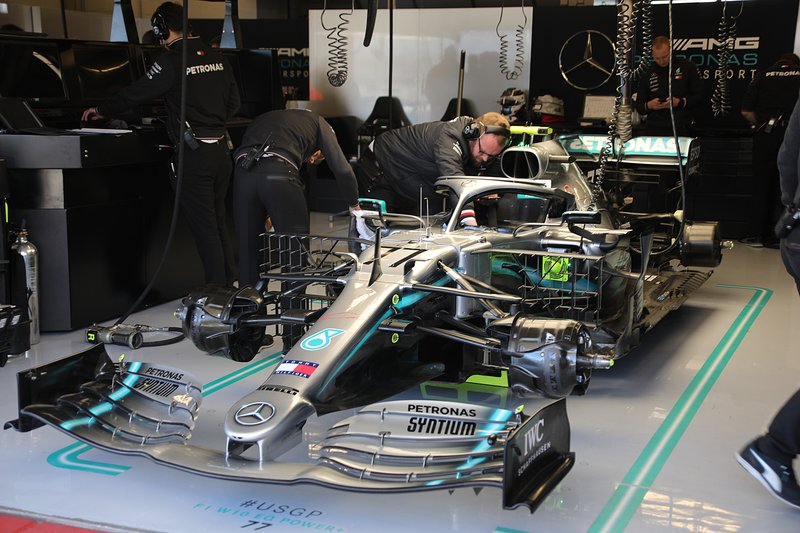 An overview of the W10 being prepared with kiel probe arrays behind the front wheels to measure the different wake profile created by the prototype 2020 tyres that have been made available to the teams this weekend.