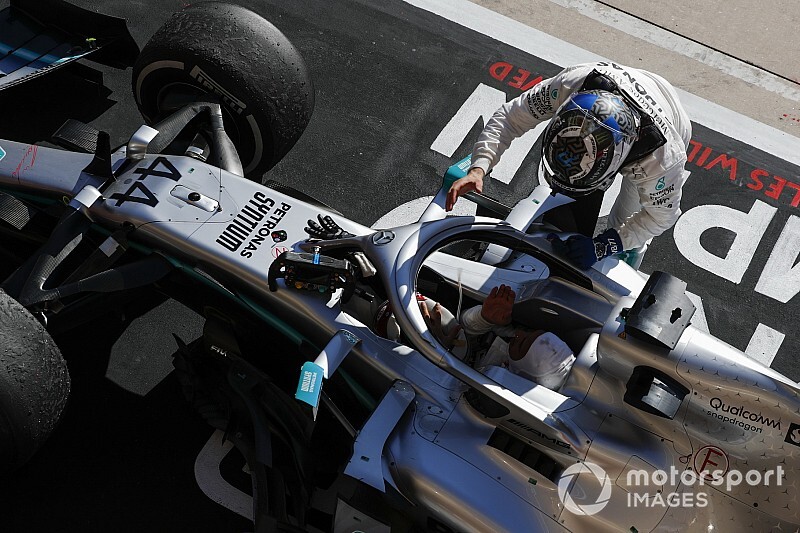 Lewis Hamilton sealed his sixth Formula 1 world championship in style, to well and truly enter the greatest of all time debate. He was beaten on the day by his teammate, though, who turned in his best grand-prix winning performance to date

"No more talking now, and that's very important" said Valtteri Bottas over the radio coming through Turn 12 on lap 47. He could see the Mercedes of teammate Lewis Hamilton just a couple of seconds in front of him and knew exactly what was required. For the first time in his career, he had to win a grand prix by making a pass for the lead outside of the start phase. And he did exactly that.

Bottas spent the weeks before the United States Grand Prix underlining his determination to keep the world championship fight alive. Realistically, he surely knew his hopes were little more than a mirage after throwing away a gilt-edged opportunity to gain ground on Hamilton by crashing at Hockenheim then finishing eighth at the Hungaroring. But it was fitting that when Hamilton finally sealed the deal, Bottas delivered the best of his seven grand prix victories.