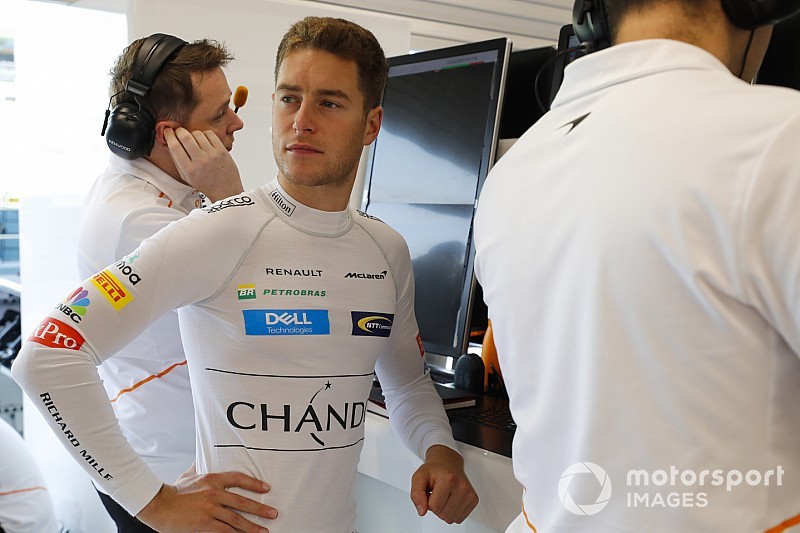 Stoffel Vandoorne says he is targeting a "proper racing programme" alongside some Formula 1 involvement for 2019, with his hopes of staying on the F1 grid now "almost zero percent".

Vandoorne will leave the McLaren team after two years, with the Woking-based outfit opting for an all-new line-up of Carlos Sainz and Lando Norris.

Faced with a likely F1 exit, after admitting in Singapore that his hopes of a 2019 seat were "very slim", the Belgian has been exploring opportunities outside the grand prix racing paddock.

And when asked by Motorsport.com ahead of the Russian Grand Prix whether he was now resigned to dropping off the F1 grid, Vandoorne said: "Yeah. Unless anything out-of-control happens again, then maybe, but I think chances of anything like that happening is almost zero percent.

"So the priority for me is to have a proper racing programme, and obviously in some ways stay involved within Formula 1, to still be connected to this world.

"I still feel I deserve a second chance in the good and right environment.

"The priority is first to find a race drive, which will be the main focus and target. And then we can see whatever [F1] options will open up next to that."

IndyCar team owner Dale Coyne revealed earlier this month that he had talked to a "cautiously interested" Vandoorne, while Sam Schmidt of Schmidt Peterson Motorsports is also open to considering the Belgian for 2019.

However, Vandoorne has also been linked with a move to the all-electric Formula E series, which will begin its fifth season three weeks after the end of F1's 2018 campaign.

While denying that he's already tested a Formula E car, Vandoorne confirmed in Sochi he has been exploring options in both series, although stressed that "nothing is decided".

"In my head it's pretty clear what I want to do. I've been in touch with a lot of teams, series for the future," he said.

Red Bull's B-team Toro Rosso, which faces a potential driver shortage after Pierre Gasly's call-up to the main outfit, and Sauber, run by Vandoorne's former GP2 team boss Frederic Vasseur, were initially seen as the two avenues to keep the Belgian on the F1 grid after McLaren's decision.

However, Sauber has since named Kimi Raikkonen and Antonio Giovinazzi as its 2019 line-up, and while Toro Rosso is yet to confirm its drivers, Vandoorne said it's clear to him that he wasn't in the frame.

Asked by Motorsport.com whether he's talked to either team, Vandoorne said: "I've obviously been in touch with them, but they've been very honest with what their situation was.

Verstappen: Red Bull forced to revert to Renault Spec B