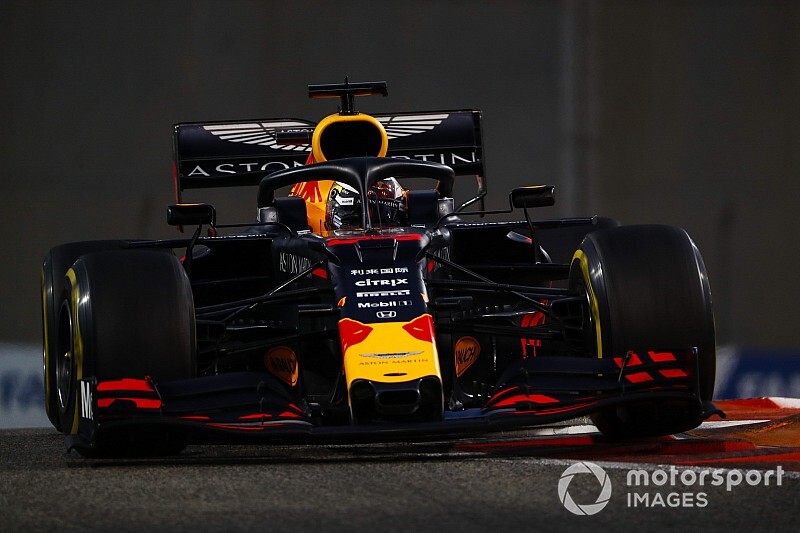 Max Verstappen's struggles throughout the Abu Dhabi Grand Prix stemmed from the throttle response of his Red Bull Formula 1 car not doing what he wanted.

Following his pitstop on lap 25, Verstappen bemoaned multiple issues throughout the subsequent laps, suggesting he had a "handbrake effect" on the exit of the corners.

Verstappen was eventually told he would have to "live with it" as the Red Bull team was unable to fix the problem from the pitwall.

He later explained that there were issues with delay when getting on the throttle, a problem which has cropped up on other occasions throughout 2019.

When asked to explain his problems, Verstappen said: "Torque holes and throttle. There was some delays and stuff so it was not great. And we couldn't fix it. So we drove around the problem, but at the end of the day it wouldn't have made a difference to the result.

"When I go on throttle, it's not doing what I want. It did cost me laptime but like I said, it's wouldn't have given me the win today. The race was alright, just a bit of a shame, of course, about the first lap but then I think we had a good first stint, we were long.

"Once we then put the hard tyres on the pace was decent, I could get by Charles and I could just do my own race. Lewis was too quick, so I was just focusing on my race and laptimes."

When asked by Motorsport.com whether the team could diagnose his issue, Verstappen explained that the team had not explicitly told him what the cause of the problem was.

"Most of the time it's fine for me. Today, I'm not sure yet what happened exactly because they didn't want to tell me on the radio.

"They just said that there was nothing they could do from their side, so it also doesn't matter what it is. I'll have to find out."

Norris says he was a "s*** driver" in Perez defeat