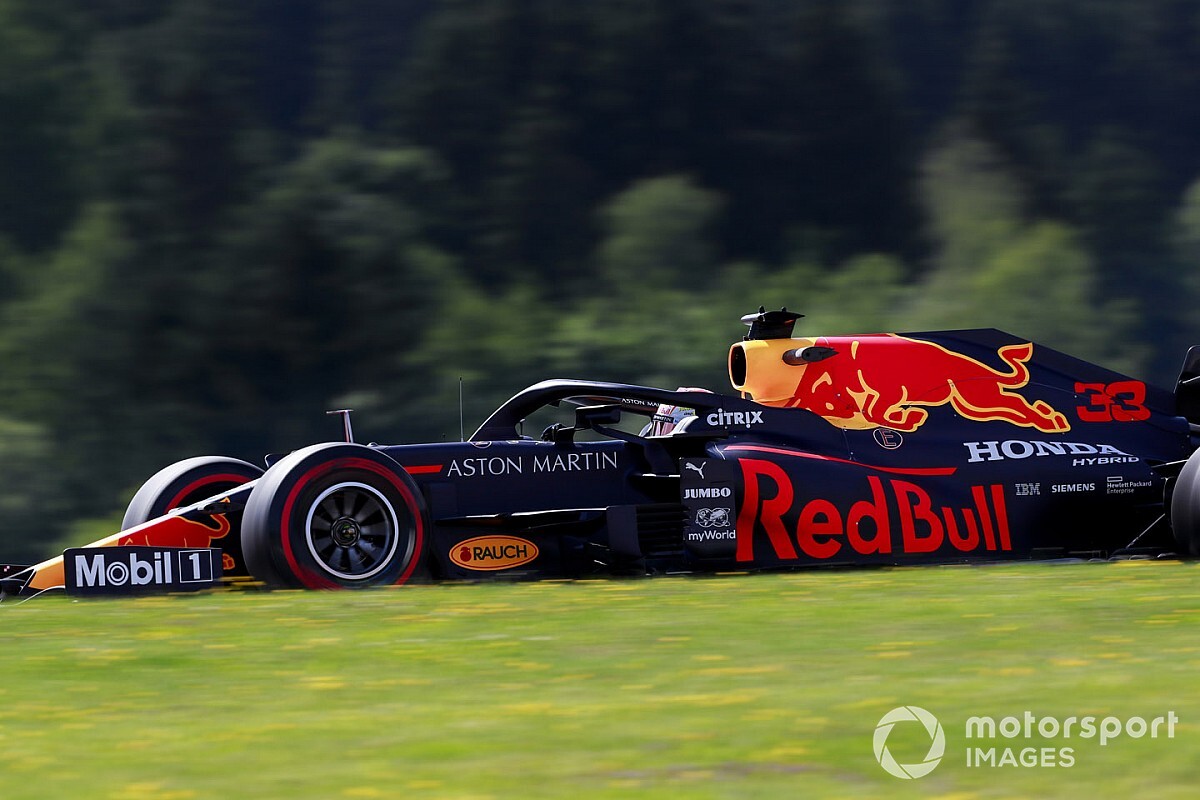 Max Verstappen says Red Bull has "much better feelings" with its RB16 car compared to last week in Austria after leading second practice for the Styrian Grand Prix.

Verstappen managed to edge out Mercedes rival and championship leader Valtteri Bottas by four hundredths of a second to top second practice at the Red Bull Ring on Friday.

The Dutch driver's preparations were hindered last Friday in Austria after sustaining damage on one of the kerbs, meaning he could only finish the session eighth fastest.

But Verstappen said he was much happier with the RB16 this time around after a busy session of running in Austria on Friday afternoon.

"We had much better feelings than last Friday. We learned more about the car," Verstappen said.

"We weren't so happy last week, that's why we tried to fix some things.

"So far, it's much better. The direction we took seems to be the right one".

Verstappen heads into the second Red Bull Ring race weekend looking to bounce back from an early retirement in Sunday's race following an issue on his power unit.

He was able to outpace both Mercedes through FP2 as the German team struggled with Lewis Hamilton's car in particular, leaving it on the back foot.

"I don't know if we have the right package to win the race, we'll find out on Sunday," Verstappen said.

"We'll see tomorrow, but for sure the day has been very positive compared to last week."

There is a chance Verstappen's leading time from FP2 could give him a third career pole position, with heavy rain expected to scupper much of Saturday's planned running.

While there is the possibility qualifying could still be held on Sunday morning ahead of the race, teams have already been informed of the possibility that FP2's result could set the grid.

But Verstappen said he thought F1 would be able to get qualifying completed on Sunday morning even if tomorrow is washed out.

"For now, I am the provisional pole," Verstappen said. "We'll see tomorrow if we can do the qualifying. But I think if we can't do it, we'll do it on Sunday morning."