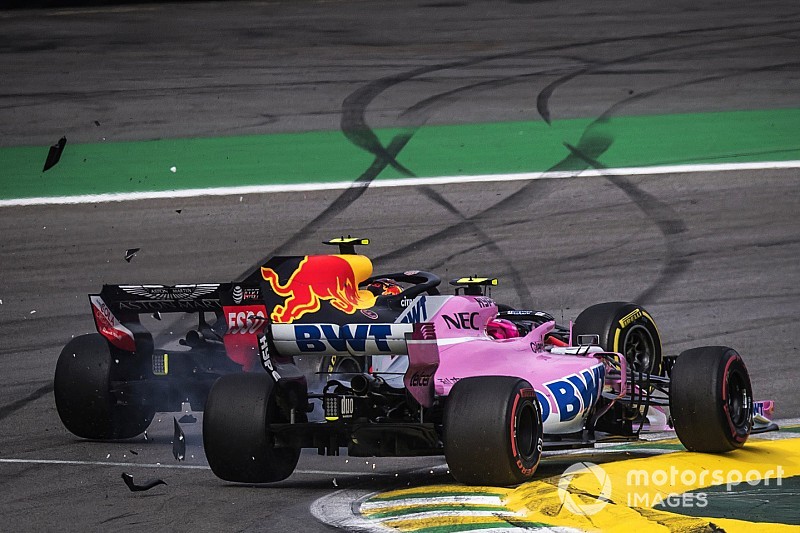 Max Verstappen labelled Esteban Ocon "such an idiot" for crashing into him as he was being lapped in the Brazilian Grand Prix.

A furious Verstappen, who later confronted and shoved Ocon after the race, lost victory at Interlagos after being pitched into a spin by his Force India rival at Turn 2.

Ocon had been trying to unlap himself and was on fresher tyres, but was handed a 10-second stop-go penalty for his part in the clash.

Speaking straight after the race, Verstappen said: "We had a great car. Then, by such an idiot, to get taken out while he is being lapped. I have no words."

Verstappen had told his team over the radio on the slowing down lap that he had better not bump into Ocon because there could be trouble.

That appeared to have have happened almost immediately as Verstappen hit out and pushed Ocon in the FIA garage as they lined up to be weighed after the race.

The disappointment of the Ocon incident overshadowed a brilliant drive from Verstappen who charged from fifth on the grid to take the lead.

"I think it was better than expected," added the Dutchman. "The car was working brilliant today. The team gave me the right strategy, and we could go quite well on the supersoft.

"I don't know what to say, I am happy for second but we should have won."