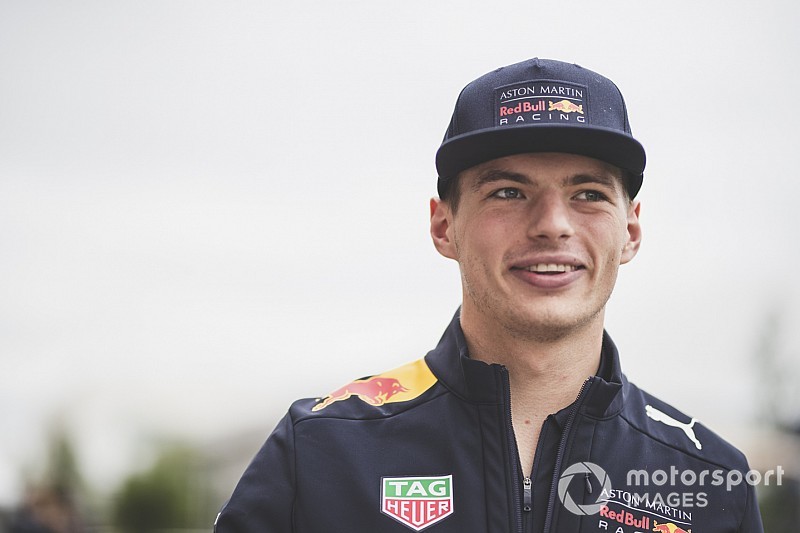 Max Verstappen says he’s now "very excited" about what is possible with Honda in Formula 1 next year after another strong performance from the Japanese manufacturer in Austin.

Although both Honda-powered Toro Rossos will start the United States Grand Prix from the back of the grid because of power unit penalties, a brilliant lap from Pierre Gasly in Q1 to finish seventh pointed to his engine’s growing potential.

And with Verstappen’s Red Bull outfit making the move across to Honda next year, the Dutchman says the recent uplift in pace has left him more bullish about the future.

“I am very excited,” said Verstappen about his views on the Honda situation. “They seemed pretty quick [in qualifying], so of course now we try to finish off the season in the best way possible, and the whole team is very motivated to start work on next year.

“With just the numbers and what they are doing on the dyno already in terms of preparation for next year, it looks very promising.”

Asked about the significance of the Q1 performance of Gasly, where the Frenchman ended up 0.084s behind the Dutchman, Verstappen said: “Okay, they used a few more tyres – but still our car should be quite a bit better and they were very competitive. It is good.”

Verstappen reckons much of the progress from Honda in 2018 was possible because the car maker has been allowed to do its own thing, rather than be pushed in to a corner as he claims it had been by former partner McLaren.

“Basically now they just did their own thing in making their own engine instead of the team telling them how to make the engine,” he said. “They got a few people on board, and different management, so it looks very promising.

“A year ago it was a bit difficult to judge that, but that was always their intention.

"As always, you have to wait and see if they are going to succeed in that, but they are definitely heading into the right direction so I am very happy with that. The whole team is upbeat and very excited and motivated.”

Asked about if he felt that Honda’s progress meant Red Bull could be in a position to win races straight away in 2019, Verstappen said: “It is a bit difficult to tell now.

“If we build a magical chassis and the engine is working really well, then maybe we can. At the moment I think not, but we have to wait and see.”