Max Verstappen believes Honda was correct to be cautious with how hard it pushed its Formula 1 engines initially this year, after “all the negative stuff” it had with McLaren.

Verstappen’s Red Bull team split with Renault to partner with Honda for 2019, and the 21-year-old has won two of the 12 races before F1’s summer break.

Both have come since a breakthrough in form for Red Bull at the Austrian Grand Prix, where a revised front wing on the car coincided with Honda eking more performance from its Spec 3 engine.

Verstappen told Motorsport.com that “I’m of course happy” with his start to the season, in which he has established himself as the nearest challenger to Mercedes drivers Lewis Hamilton and Valtteri Bottas in the championship.

“Starting the new partnership with Honda I was always very cautious,” he said. “I knew they were great people and they would get good results, but obviously we had our own little issues at the beginning of the year with the car not being exactly what we wanted it to be for some reason.

“Of course Adrian [Newey] being on top of it, and I think very quickly we sorted out a car which was again really nice to drive.

“From Austria onwards, when we brought a few new bits, that seemed to be a turnaround for us, where we could finally really start pushing the car.

“I think also the engine we started to take more out of it, because I felt like Honda didn't want to break down.

"You can see we are pushing a bit harder, but it's still fine. But after all the negative stuff they had at McLaren with all the engines blowing up and other things, they were a bit careful, and I think that is the right approach.”

Between the first race of the season in Australia and the French GP – the last race before the Austria “turnaround” – Verstappen scored two podiums, five fourth-place finishes and a fifth.

In the four grands prix since then he has two wins, a second and a fifth place in Britain that would've likely been another podium if not for a hit from Sebastian Vettel.

“When you start improving your car and start getting closer you need that little bit of extra push [from the engine], because Ferrari is doing it, Mercedes to a certain extent is doing it,” said Verstappen.

“So we needed that little push to do that, and now suddenly every race weekend we are there or thereabouts in the mix.

“As you could see in Austria the car came alive in the race and we were flying. Silverstone we would have normally finished second, but I could never show my pace because I was always stuck and then fighting with Charles [Leclerc].” 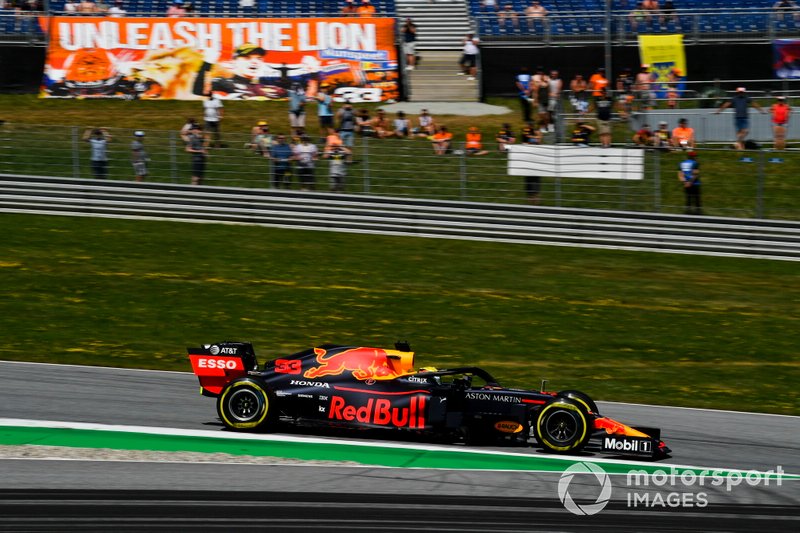 Why Pirelli is running out of time to answer F1's demands