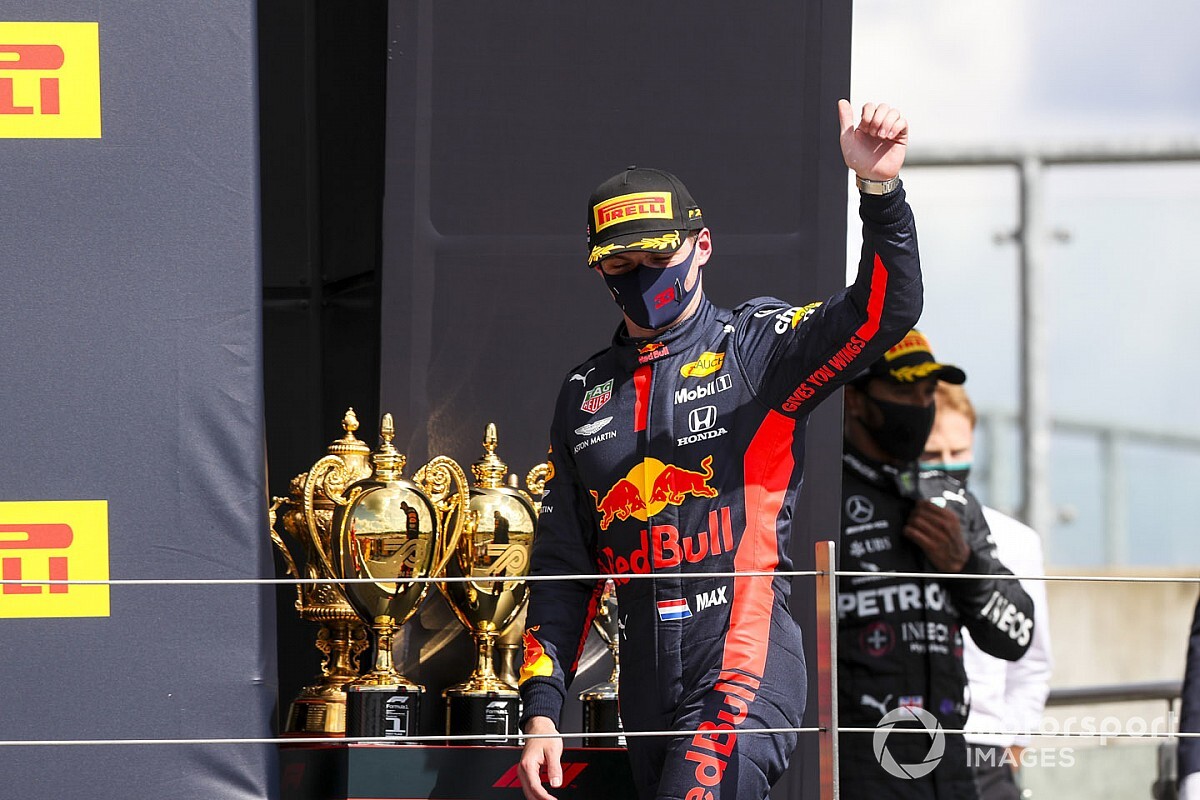 Red Bull Formula 1 driver Max Verstappen called himself "lucky and unlucky" after he picked up second place in the British Grand Prix.

Having run third throughout the race, Verstappen moved into second on lap 50 when Valtteri Bottas slowed with a front-tyre failure.

With no threat from behind, the Red Bull driver immediately pitted for fresh tyres so he could have a shot at the fastest lap point on the 52nd and final lap.

However, on that last lap Lewis Hamilton suffered a similar failure to Bottas, and also slowed.

The Mercedes driver managed to bring his car safely home and Verstappen crossed the line just 5.6 seconds behind.

Had he not pitted for new tyres, the Dutchman would have won the race.

Verstappen initially made his frustration clear on the radio, saying "For f**k's sake," but he quickly calmed down and recognised that it had been a good outcome, telling his team: "We did good, not bad, good points, good podium."

He then added: "We did well. Just, shit! We should be happy with second, and when you have this… Anyway, it's still good."

In the post-race interviews Verstappen repeated that he was happy with second place.

"I mean, it's lucky and unlucky, you know," he said. "They [Mercedes] were of course in the race too quick.

"And yeah, the tyres at one point they didn't look great, with like 10 laps ago, so I was already on the radio, 'Guys, you know, the right front doesn't look very pretty.'

"Then of course Valtteri got a puncture. I came on to the radio like I'm gonna back it out. Then they boxed me to go for the fastest lap.

And then of course, unfortunately Lewis got a puncture himself. But you know, I'm very happy with second. it's a very good result for us again."

Verstappen added: "It was pretty lonely. I was just trying to manage my pace, trying to look after the tyres."