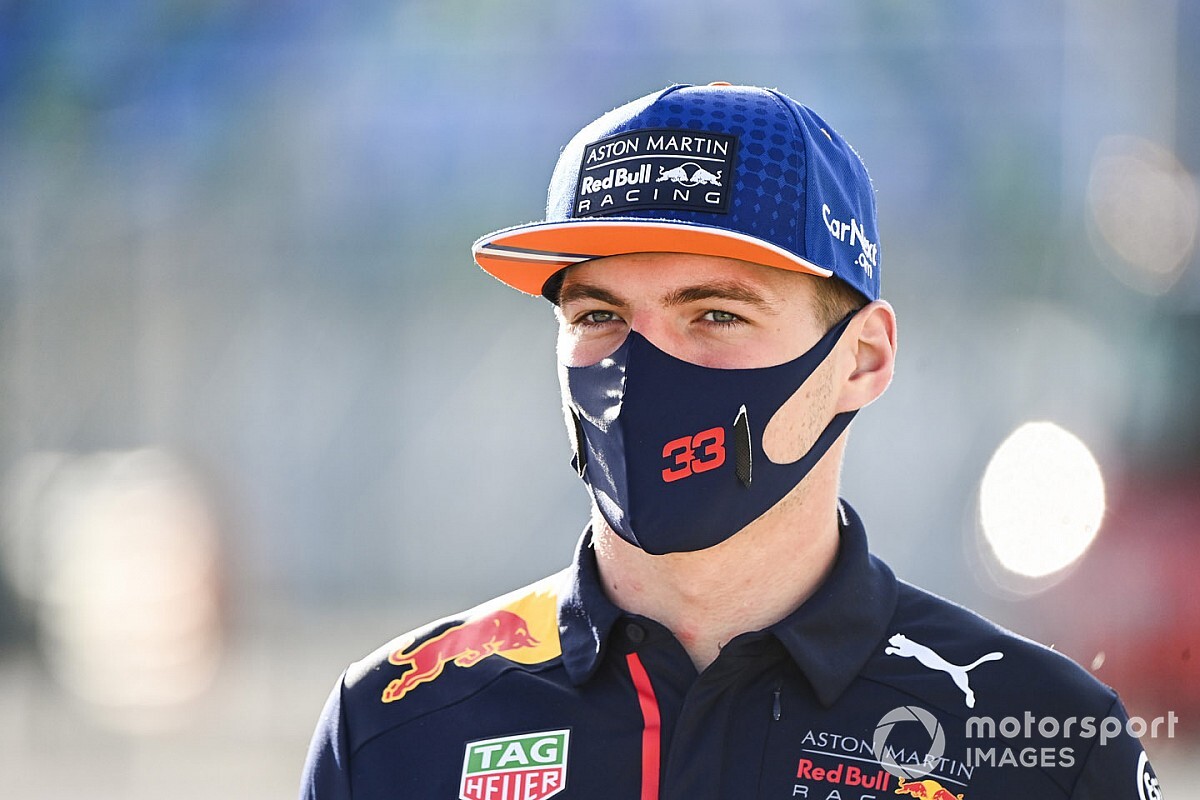 Max Verstappen said it was "not my problem" if people took offence to the language used in his radio rant following his crash with Lance Stroll in FP2 at Portimao.

Verstappen and Stroll crashed at Turn 1 during second practice for the Portuguese Grand Prix on Friday afternoon after going side-by-side into the corner.

Verstappen was left fuming over team radio by the incident, sparking an angry response from the Red Bull driver.

Verstappen said: "Is this f***ing guy blind? What the f**k is wrong with him? Jesus Christ. What a retard. I have damage. What a mongol. I swear."

The use of the slurs received criticism from Formula 1 fans across social media in the wake of the incident.

Asked about his choice of words that people may have taken offence to, Verstappen replied: "Not my problem."

It is not the first time Verstappen has attracted criticism for his language, having previously referred to an FIA steward a "mongol" at the 2017 United States Grand Prix.

Verstappen later said he "didn't mean anything bad" through his comment and that he "didn't mean to hurt anyone", having targeted his rant at Garry Connelly after losing a podium due to a penalty.

Verstappen: "Is this f***ing guy blind? What the f**k is wrong with him? Jesus Christ. What a retard. I have damage. What a mongol. I swear."

Verstappen: "He f***s his lap, I'm trying to prepare my lap, and he just f***s my lap by just opening DRS and staying on the normal line. No respect. But yeah, doesn't matter."

Verstappen and Stroll are currently with the FIA stewards to discuss the incident, with both drivers placing blame with each other.

"To be honest, I don't want to talk about it too much because I was so surprised," Verstappen said.

"He just turned in while I was coming up to him. I don't know where I had to go.

"I was starting my lap, and he just finished his lap. We'll see what happens. It's FP2 and it's just a shame that we touch. It was very unnecessary."