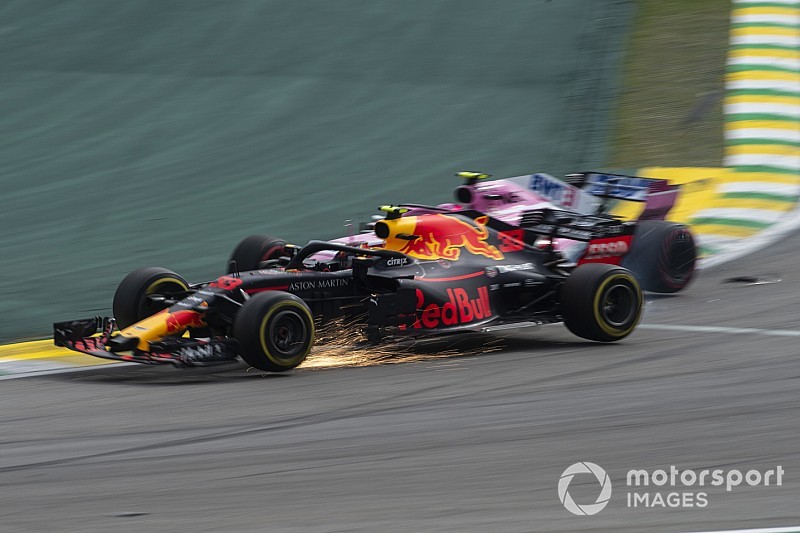 Good morning. Welcome to your morning Motorsport F1 Debrief from an explosive Brazilian Grand Prix that was perhaps the race of the season – and prompted a pretty big controversy after it…

HAMILTON WINS AS VERSTAPPEN IS SPUN OUT 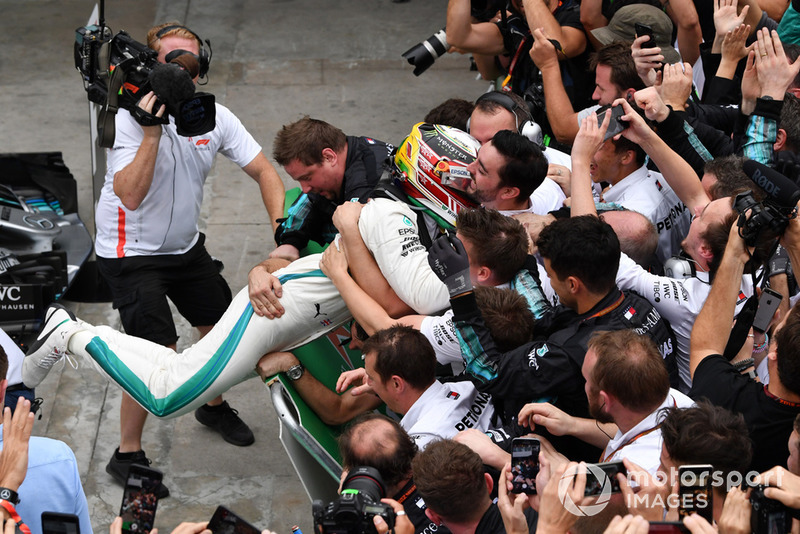 Lewis Hamilton’s infamous record of never having won a race after clinching a world championship came to an end in Brazil when he took a hard fought – and perhaps fortuitous – victory.

The Mercedes driver had started from pole and it appeared in the early stages that he had everything under control with rivals Ferrari not having good pace. Later on it emerged that Sebastian Vettel had been slowed by a sensor problem.

But the man on the move was Red Bull's Max Verstappen, who steadily moved his way forward, took the lead after the pitstops and appeared set for a win before a clash with backmarker Esteban Ocon.

That moment was all Hamilton needed to retake the lead and hold on to take a result that clinched Mercedes its fifth straight constructors’ championship.

VERSTAPPEN AND OCON CLASH ON TRACK – AND OFF IT 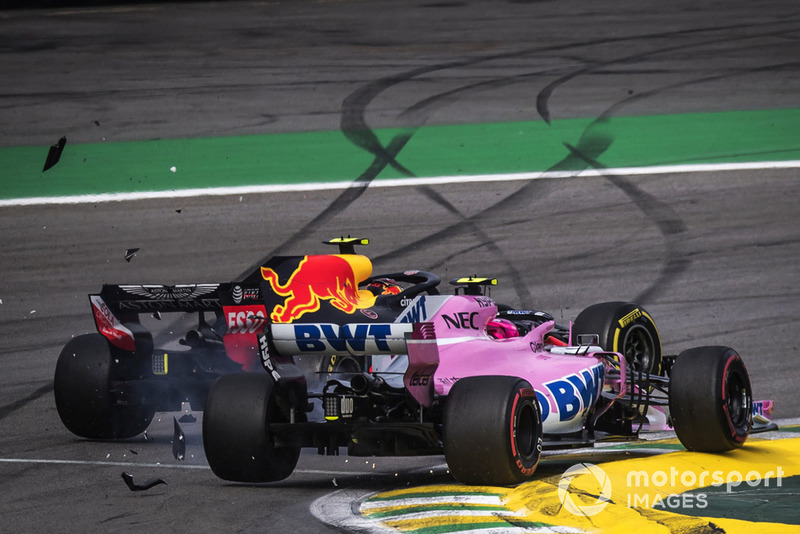 The big talking point after the race was the Verstappen/Ocon collision – and a bust-up between the pair that was caught on camera by French television.

In the immediate aftermath of the race, Verstappen let rip – claiming that Ocon was ‘such an idiot’ for having tried to unlap himself and get himself in a position where they came into contact.

But Ocon was unrepentant about what he had done, and in fact felt that he was the one who had been wronged in the way that Verstappen had confronted him in the FIA garage.

“What I am really surprised about is the behaviour of Max coming into the scales,” said Ocon. "The FIA having to stop him from being violent, pushing me and wanted me to punch me – and that is not professional."

But judging by the fiery passion that powers Verstappen, his Red Bull boss Christian Horner reckoned that Ocon had been lucky to get away with a few shoves.

"I think Max has been pretty restrained," Horner told Sky Sports F1 when quizzed about the shoving incident. "It's cost him a grand prix victory. He's driven his heart out with a damaged car.

"Esteban was lucky to get away with a push, to be honest with you. Emotions are running high.” 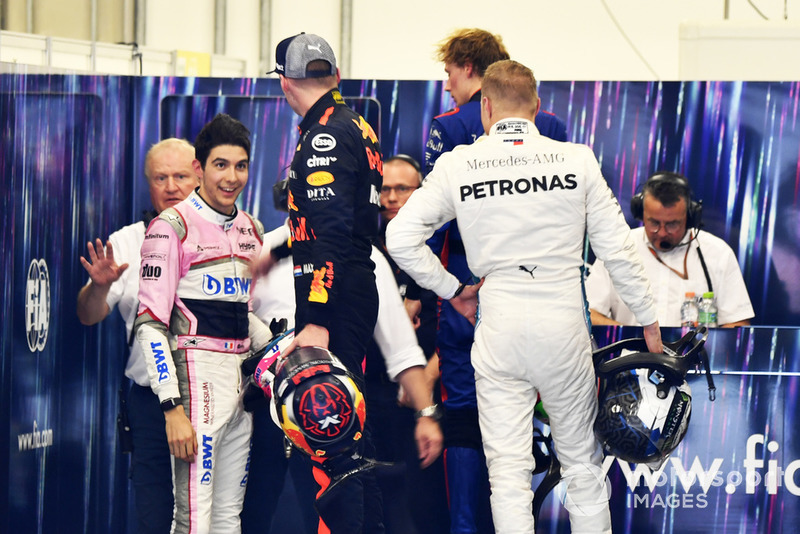 The stewards got involved though, summoning both Verstappen and Ocon to explain what happened inside the garage.

In the end, it was decided that Verstappen had been guilty of an offence and would be: “required to perform two days of public service at the discretion of the FIA within six months of the incident."

In a statement explaining the verdict the stewards said they understood Verstappen's feelings on the situation, and they noted that during the hearing both drivers "acted appropriately and cooperated".

They added: "The stewards understood from Max Verstappen that he was extremely upset by the incident on track during the race and accepted his explanation that it was not his original intent to strike Ocon, but that he was 'triggered' and caused him to lose his temper.

"While sympathetic to Verstappen's passion, the stewards determined that it is the obligation of sportsmen at this level to act appropriately and as role models to other drivers at all levels and found that Verstappen failed in this respect."

No further action was taken against Ocon – who was given a 10-second stop-go penalty during the race for the on-track collision. 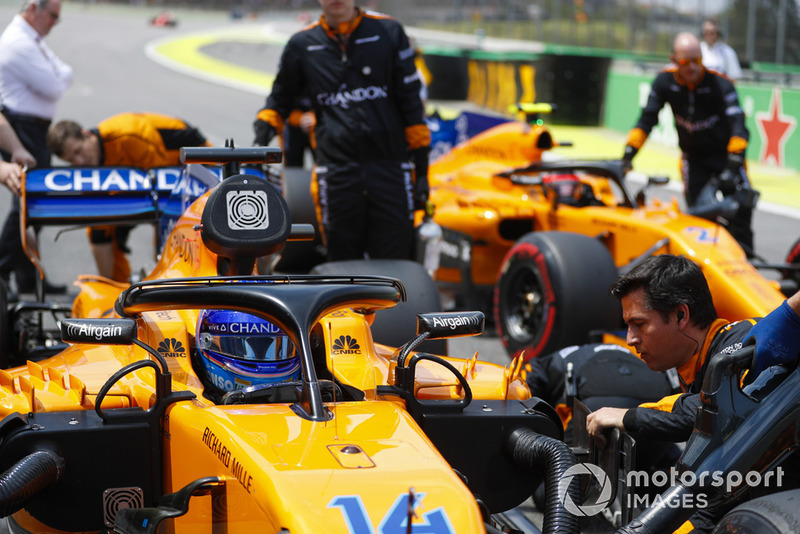 While most of the post-race focus was on Verstappen/Ocon, the duo were not the only ones having their wrists slapped by the stewards.

At McLaren, both Fernando Alonso and Stoffel Vandoorne had points added to their licences for ignoring blue flags during the race.

Alonso had been handed a five-second penalty for the rules breach during the race, dropping him from 16th to 17th, while Vandoorne had a similar punishment handed down after the race which dropped him to 15th.

But on a weekend when McLaren endured more pain, and with licence points not meaning much to two drivers heading out of F1, the sanctions were not of much concern.

As Alonso said: “It was tough today. We gambled on the strategy a little bit, stopping very early. It didn't work.

"With the medium tyres we blistered the tyres and we were not competitive in the second half of the race. The pitstop was not clean and smooth so we lost a bit of time in there.

"Overall we've been too slow all weekend. We didn't have the pace to be in the top 10 so whatever strategy, whatever we tried I think the points were unreachable." 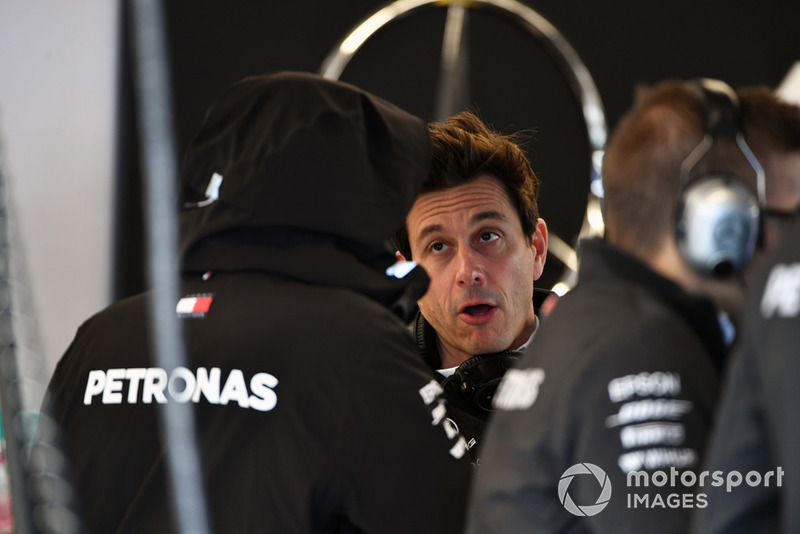 While F1 delivered one of its best races of the season in Brazil, with just seconds separating the top four at the end, the build-up to the weekend had thrust the spotlight on the sport’s spectacle.

F1’s driver body, the GPDA, got together on Friday to discuss concerns it had about the spectacle and the impact the high tyre management was having on races.

But amid some probing and defending of the job that Pirelli has done in trying to please F1’s numerous stakeholders, Mercedes boss Toto Wolff issued some strong remarks at what he felt was unnecessary lobbying by rival teams.

“I think there is just people who have no clue, that get meddled into the discussion about how the tyres should look like, and how they should behave,” he said. “They should keep out of it, they should listen to the drivers and to the teams, and the teams shouldn't be opportunistic as they have been in the past, thinking that somebody has an advantage or disadvantage and then lobbying for a certain direction.

“This is what the story of this thing was, when you remember back six months ago, the discussion about the thinner tread.

“I mean, it's unbelievable that people said, 'Yeah, Mercedes wants them because they're blistering' and then at the next race another team was blistering and they couldn't even finish their stint properly.

“It's just pathetic how opportunism drives various stakeholders in this business, to push for a direction that is detrimental for the sport.” 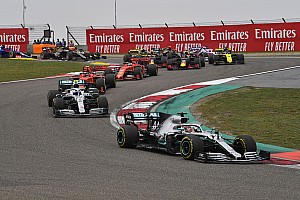