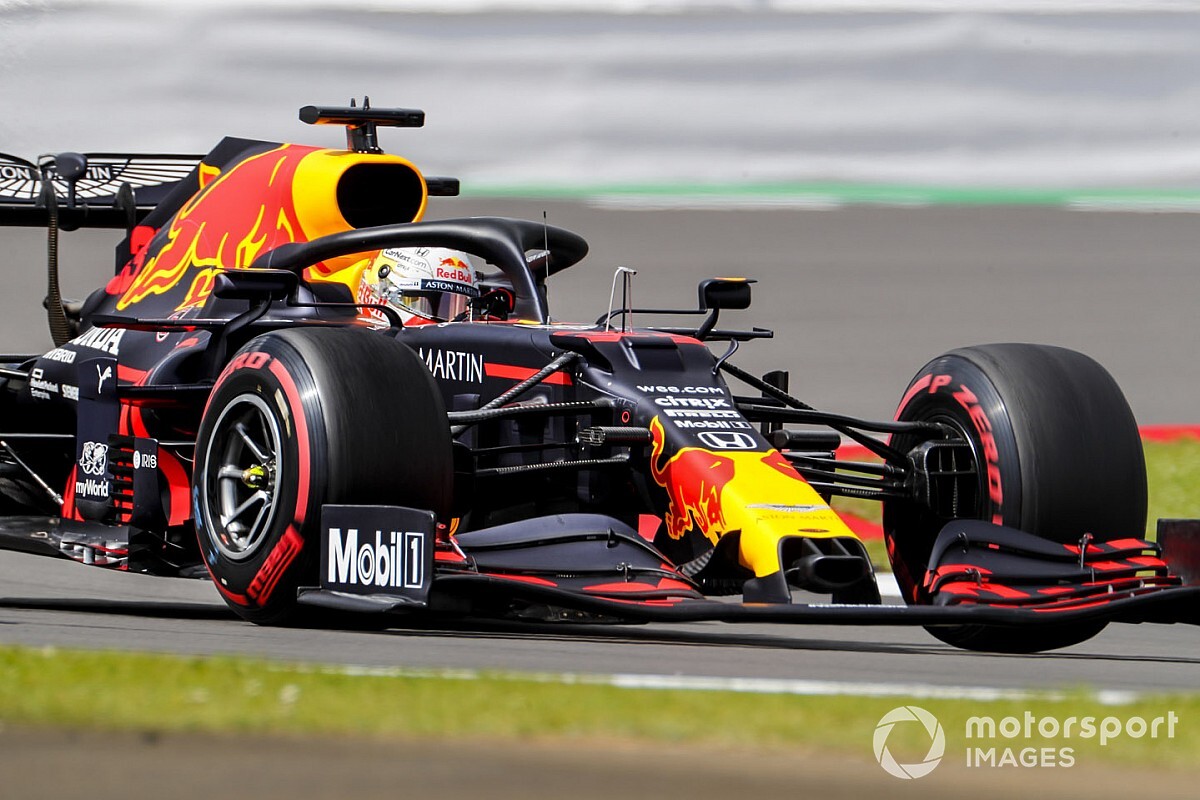 Max Verstappen thinks he would have still qualified third behind both Mercedes drivers for the British Grand Prix even if the hot practice conditions had continued on Saturday.

Verstappen was able to lead first practice at Silverstone as the temperature reached 35ºC on Friday, which was the third-hottest day on record in Great Britain.

Red Bull appeared to match Mercedes for pace in the warmer conditions, only for Verstappen to finish over a second off Lewis Hamilton's pole position time in qualifying.

It meant Verstappen ended up third on the grid as Valtteri Bottas completed a front row lock-out for Mercedes, three-tenths of a second off Hamilton's lap.

Verstappen said while hotter conditions in qualifying would have worked in Red Bull's favour, he doubted it would have been enough to make up the one-second gap.

"We would still be quite a few tenths down," Verstappen said when asked by Motorsport.com if Red Bull was closer to Mercedes in warmer temperatures.

"I don't think the warm weather makes such a big difference. If it would have been 35 degrees today, I would still have been third.

"It would have helped maybe a little bit, but not that much."

Mercedes has taken pole position for each of the first four races of the 2020 season, enjoying a margin over more than a second over Red Bull for the last three Q3 sessions.

Verstappen said he was not surprised by the 1.022 seconds gap to Hamilton in the final classification, and was content with his qualifying performance.

"No, I'm not surprised. We are clearly still learning about the car, trying to improve it," Verstappen said.

"But I think overall the qualifying itself was pretty OK. I was pretty much all the time in third. There was not much more I think I could do.

"My final lap in Q3 was pretty good. I had a bit of a moment out of the final corner. It's a big gap, just tried to do the best we can.

"For us, that's third at the moment, so we did that. It's a better position than seventh to start the race."

Asked it he could take the fight to Mercedes in the race on Sunday, Verstappen replied: "Normally not, but we just hope to have a clean start.

"From there onwards, I just try to do the best I can in the car.

"If that's try to follow them a bit, I think we can be happy with that, and score some points."

Hulkenberg concedes he didn't get everything out of the car