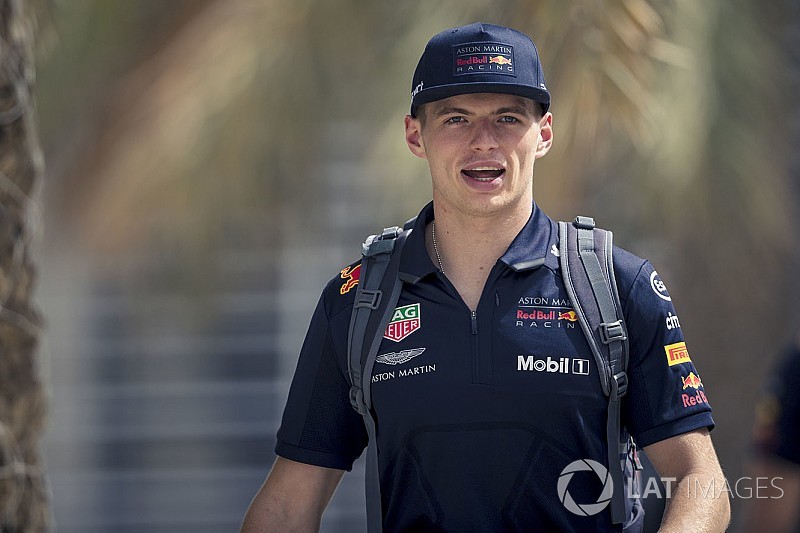 Max Verstappen has shrugged off Lewis Hamilton’s remark in the drivers’ room ahead of the Bahrain Grand Prix podium ceremony, after being shown a clip of the moment Hamilton reacted to their collision.

Hamilton was heard calling Verstappen “a dickhead”, prompting questions about it in the post-race press conference – when Sebastian Vettel leapt to Hamilton’s defence.

Appearing on the Dutch TV show Peptalk on Ziggo Sport on Monday night, Verstappen was shown this clip via Skype in his hotel room in Bahrain.

Check out Top 10 moments from Bahrain...

Verstappen refuted suggestions that he’d been too impatient in his move on Hamilton, which gave him a puncture and damaged his differential, ultimately forcing him to retire.

“I was really close behind and there was a chance to overtake, so I thought it was a good opportunity,” he said. “Our car was great. Then I’m not going to stay behind him.

“I knew we had a very good car for the race, so I knew we would be able to fight them.”

When asked if he was worried about Red Bull teammate Daniel Ricciardo’s exit with a sudden electrical failure, Verstappen replied: “I think I had the same problem during testing. After that it didn’t return, but unfortunately this time in the race it did.

“I think overall it’s reasonably OK. The situation is better than last year, that’s for sure. But yeah, it’s not ideal.”