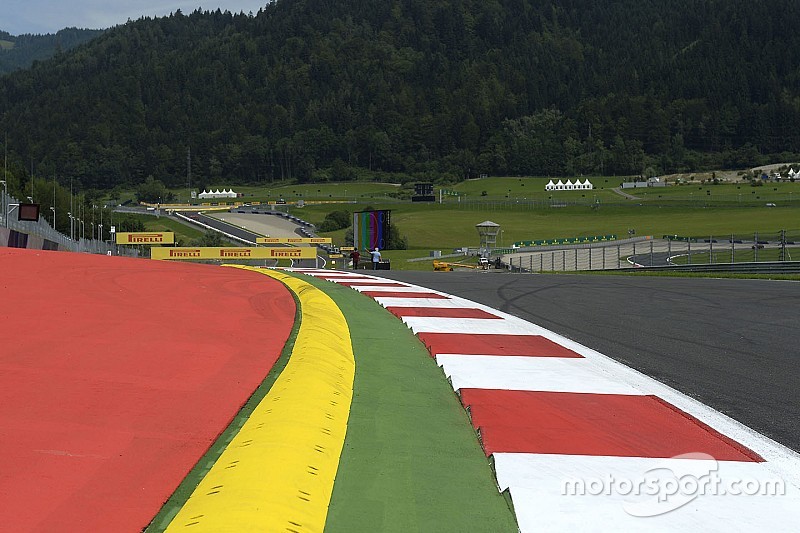 Max Verstappen has labelled the new kerbs at the Red Bull Ring as 'unbelievable' and 'dangerous', after they contributed to his early exit from first practice for the Austrian Grand Prix.

The Dutchman was left far from impressed after two separate incidents running over the kerbs resulted in his Red Bull car getting damaged.

Early on in the session, he broke his front wing when he ran across the new yellow kerbs at the exit of the penultimate corner.

Speaking over team radio after returning to the pits, Verstappen said: "The yellow kerbs in the fast corners are really dangerous."

Having got his car repaired and returned to the track, Verstappen then endured further frustration after crashing out in to the gravel trap with just less than 30 minutes of the session remaining.

He had run wide at Turn 5 and across the yellow kerbs there, which appeared to break his right front suspension.

With the wheel unable to turn, Verstappen understeered off into the gravel trap and was left stranded.

Speaking to his team, he said: "It is unbelievable those yellow things."