Max Verstappen and Lance Stroll have been summoned to see the Formula 1 race stewards following their crash during second practice for the Portuguese Grand Prix. 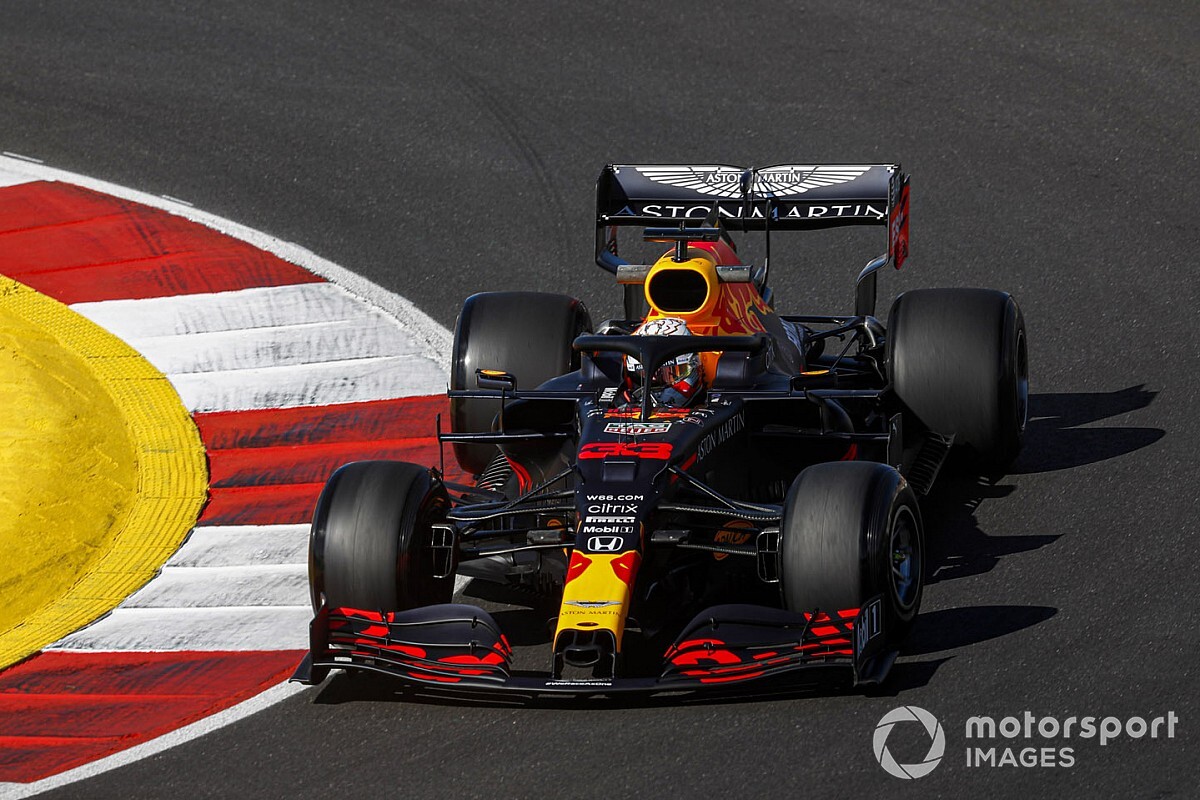 Verstappen and Stroll collided at Turn 1 with 25 minutes remaining in second practice at Portimao on Friday afternoon, causing a red flag.

Verstappen was following Stroll around the final corner before starting a hot lap, and managed to get into the slipstream of the Racing Point car ahead on the main straight.

After moving up the inside of Stroll at the corner, Verstappen turned in, only for Stroll to also turn in and show no sign of yielding.

It caused the two cars to crash together, with the front-left wheel of Verstappen's car hitting the right-rear of Stroll's Racing Point.

While Verstappen was able to continue and get back to the pits, the incident left Stroll's car beached in the gravel at Turn 1, causing a red flag.

Verstappen was quick to angrily react to the incident on team radio, saying: "Mate is this f**king guy blind? What the f**k is wrong with him? What a ******."

Race control quickly announced that the incident between the two drivers was under investigation, with formal confirmation of a stewards' enquiry following.

Both drivers are required to meet with the stewards at 5pm in Portimao.

"I can assure you 100% Max knew that Lance was there," Szafnauer said on Sky Sports F1. "There's no way he doesn't know Lance is there. But Lance doesn't know Max is there. It's pretty simple to me."

The incident brought out the second red flag in FP2 after a fire on Pierre Gasly's Honda power unit had forced the AlphaTauri driver to abandon his car at the side of the track earlier in the session.

The stoppage scuppered some of the early qualifying simulations drivers had planned, but they got just four minutes of green flag running before the second red flag was called.

The session ultimately resumed with eight minutes left on the clock.