© 2021 Motorsport Network. All rights reserved.
TV Buy tickets Store
Previous / No "bad blood" between McLaren and Mercedes over Racing Point Next / Nissany to get FP1 outing with Williams in Spain
Formula 1 / Breaking news 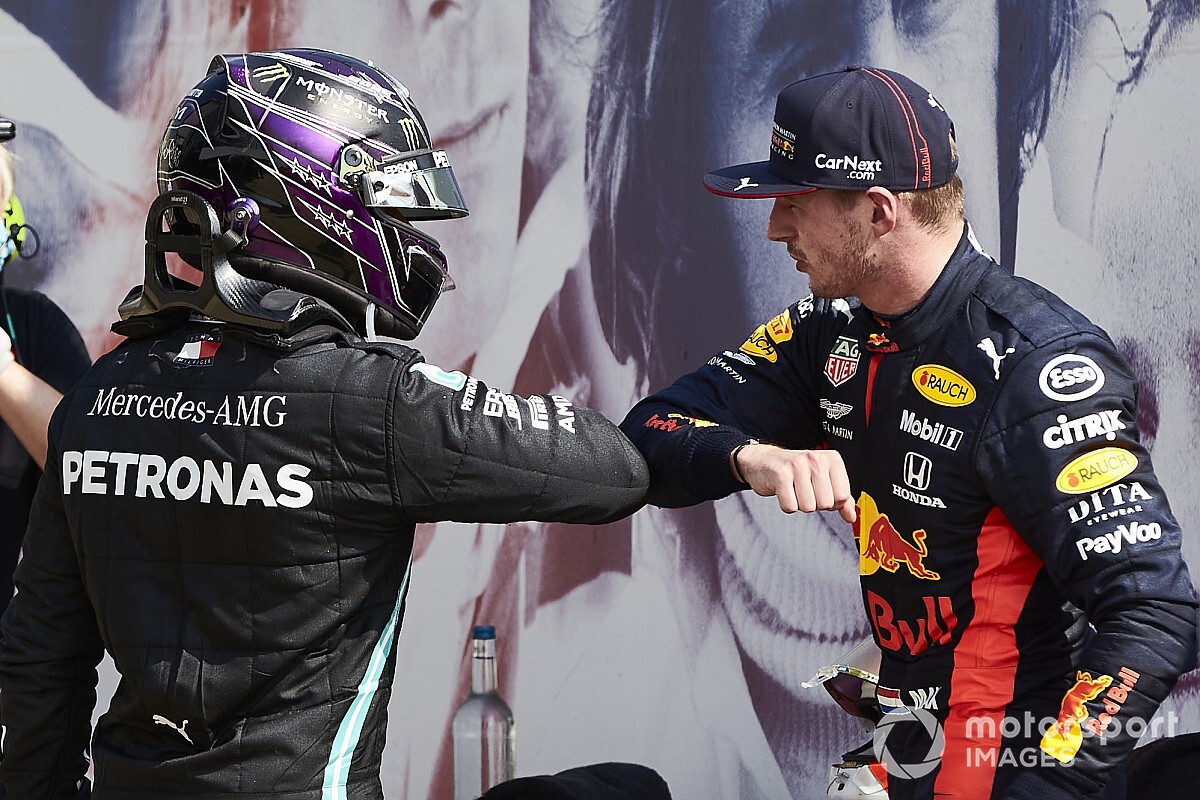 Following his spectacular victory in the 70th Anniversary GP Verstappen lies second in the table on 77 points, 30 behind leader Hamilton, despite retiring in the first race in Austria.

Prior to last weekend, Wolff had consistently cautioned that the season was far from over, despite dominant performances from Mercedes in the early races, and he believes that Verstappen's Silverstone win proved that the contest is still open.

"I think we have," he said when asked if F1 now has a title fight. "I kind of enjoy the situation because everyone was saying, 'OK, this is going to be a walk in the park for Mercedes,' and here we go.

"That wasn't at all a walk in the park. We were certainly not the quickest car, maybe not even the second quickest car.

"We have seen in the past that the hot conditions somehow don't suit our car, but as I said before, it's much more complex than that. I'm actually up for the challenge.

"I'm really curious to see and interested to see how we're going to do in Barcelona. We have a handful of days to understand, and there is nothing better than a great challenge."

In the past the Milton Keynes team has traditionally become more competitive as the season has gone on, although the change in the schedule due to COVID-19 means that some of the circuits where it has excelled are not being used.

"It's difficult to say," said Horner when asked by Motorsport.com if Verstappen can gain title momentum.

"I think Mercedes underperformed today, compared to the last few events, so I think it's going to be a few more races yet before we have a clearer picture on that. But we're delighted to get this first victory of 2020, particularly on this anniversary race."

Horner added that the second Silverstone event was the first true sign of the potential of the RB16.

"These cars put up a little bit of a fight so far,"he said. "So it has only been today that we have really seen the performance that we believe that it is capable of.

"So for us it is very important that we understand why it has performed so well today, in corners that we were weak in on Saturday today was no issue at all.

"The wind was a little bit less, temperatures were pretty similar to the last couple of days, and last weekend. Tyre pressures were slightly different, because of the problems Pirelli had last weekend.

"It is important for us to take away this data and analyse it and understand it, because we're definitely underperforming on Saturdays, where we are fighting over tenths with Racing Point and Renaults this weekend, and then we were lapping them in the race.

"So there is a big delta, and we've seen a bit of a pattern of that across the last four or five races. We've got a lot to understand, but it is really encouraging to have this performance. It rewards all the hard work that is going in."