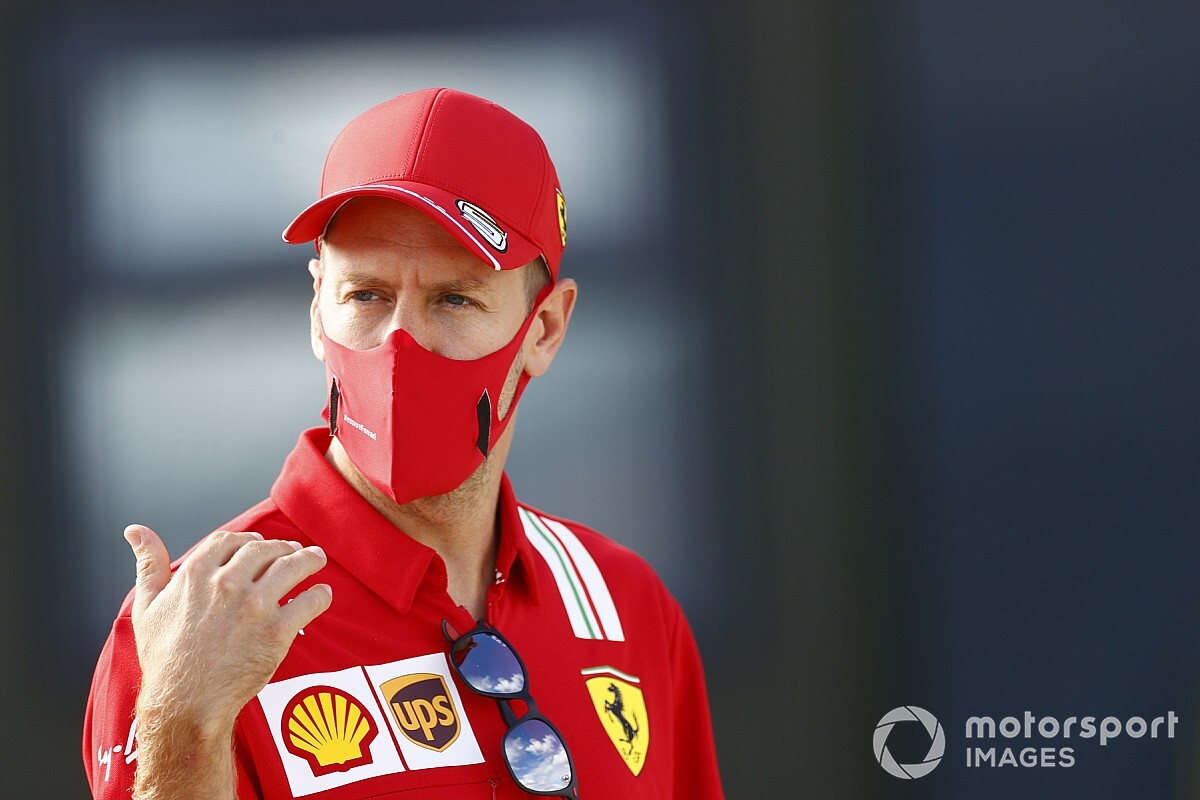 Sebastian Vettel has explained his post-British Grand Prix lift with Racing Point Formula 1 chief Otmar Szafnauer amid growing suggestions he could join the team for 2021.

Four-time world champion Vettel confirmed last month he is in "loose talks" with Racing Point over a drive for 2021 - when it will rebrands as Aston Martin - after Ferrari opted not to renew his contract beyond the end of the year.

Vettel would likely replace Sergio Perez at Aston Martin, given teammate Lance Stroll's father Lawrence is the owner of the team.

F1 photographer Mark Sutton revealed on Instagram earlier this week that he saw Vettel getting into a car with Racing Point team principal Szafnauer following last weekend's race at Silverstone.

Vettel was asked if the story was correct on Thursday at Silverstone ahead of this weekend's 70th Anniversary Grand Prix, confirming that it was true.

"It was a nice car, it's a Ferrari Pista. And I remember years ago he was talking about the car, now he obviously got one, and he said that he ran his running out of fuel. I said: 'Well, where are you going?' And we were heading in the same same direction.

"I was going with him to the fuel station and then somewhere else."

Vettel said both he and Szafnauer were wearing masks, therefore adhering to the FIA's protocols for the closed event grands prix as they were not social distancing, but said he found it "awkward" that people were reading too much into the lift.

Szafnauer has long stressed that Racing Point has two drivers under contract for next year, batting away questions about links to signing Vettel, but said the two have been friends for many years.

Vettel has also repeated that he is in no rush to finalise his future plans.

"There's nothing on my side, no news and nothing to announce," Vettel said. "I mean, I've known Otmar for a long time and I've been in his car before, but nobody was interested!

"We've known each other for a long time. So to speak to the people that you know that's not that uncommon. I've got lots of possibilities, maybe not so many in Formula 1, as you can do the math and see which seats are taken.

"But I think as I've always mentioned, the most important [thing] is that I'm happy with my choice and time will tell what the choice is and then go from there. So I'm not too stressed about it."