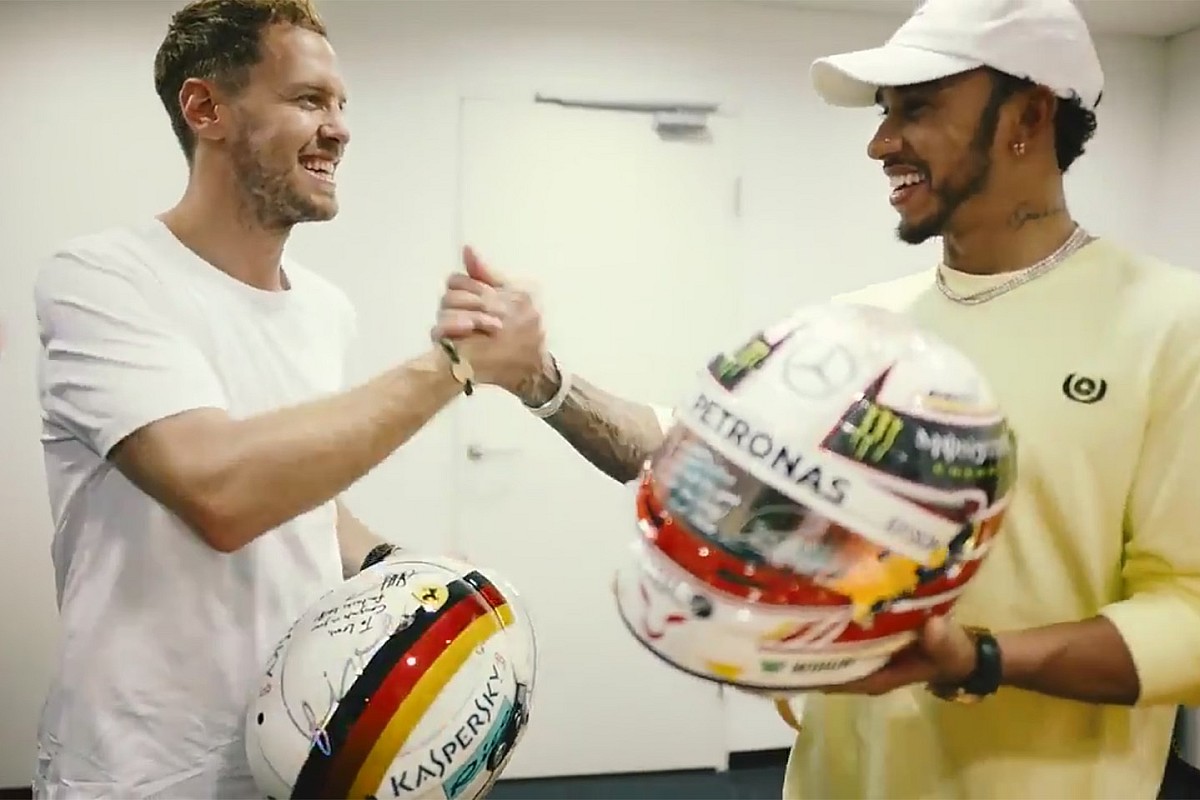 Formula 1 world champions Lewis Hamilton and Sebastian Vettel have swapped crash helmets to show their respect for each other at the end of the 2018 season.

The Mercedes and Ferrari drivers have battled for the last two world titles, with Hamilton coming out on top both times.

Following the Abu Dhabi F1 season finale on Sunday Hamilton and Vettel met up to exchange helmets, which Hamilton compared to when players swap shirts in other sports.

"This is kind of an honorary thing that drivers do, this is the highest regard of respect that we can have as drivers," said Hamilton.

"This is like our jerseys. So here's one of mine, great job this year, and it's a real pleasure racing against you."

Vettel said he had been "really looking forward" to making the swap with Hamilton for the first time in their careers.

"Well done to you," he added. "Five championships, that is a great achievement. I hope I stop you from any more!"

Hamilton then joked that he will "never be able to actually use it" because Vettel has "got a small head".

Between them, Hamilton and Vettel have won eight of the last nine F1 world championships.