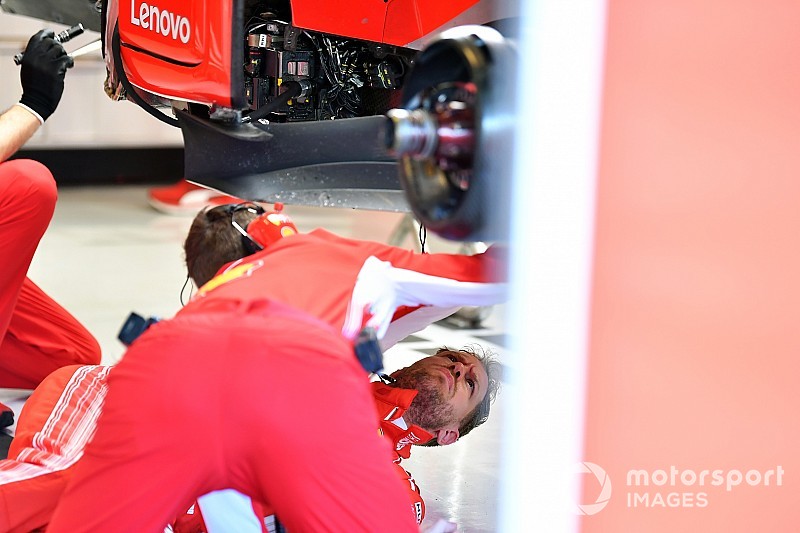 Ferrari Formula 1 driver Sebastian Vettel “lost a bit of time” with damage to his SF71H during the opening day of post-season tyre testing in Abu Dhabi.

Vettel had broken his rear wing in his Turn 1 crash that brought out the red flag in the morning, while the floor of his car sustained damage on the kerbs on two separate occasions.

He would end up topping the session by four tenths over rival Valtteri Bottas, but had recorded, at 67 laps, just over half the mileage of the Mercedes driver.

“Unfortunately we had some small issues and took a bit more caution and time to change the broken parts,” said Vettel after the running.

“Nothing big, but we lost a bit of time.”

Alongside its 2018 selection - excluding the back-up superhard compound – tyre supplier Pirelli brought five compounds from the 2019 range to the test.

“It’s important mostly for the tyres, just to get an initial feel,” said Vettel of the test. “The impression of the weekend is still very fresh so we have something to compare [to].

“No huge surprises, the tyres seem to work, seem to be fairly similar.

“The differences were quite small.

“Speaking to Pirelli, the whole band is a little closer together so the hypersoft is closer to the rest and the hard tyre, which we didn’t use, should be more towards the tyres that are softer.”

The 2019 compounds will not retain the names of their predecessors, instead running as the designated soft, medium and hard every given weekend as nominated.

“Now we will see what are the tyre choices for next year,” Vettel continued.

“That will be the biggest thing to look forward to, which tracks Pirelli is deciding to bring which compounds.

Vettel's new teammate Charles Leclerc will take over from the German on the second and final day of the test on Wednesday.

"I would've liked to do a little bit more, especially longer runs, so we missed a little bit of that – I think Charles will hopefully get some more track time tomorrow and some more answers [about the 2019 tyres]," Vettel said.

"There's not so much difference. We'll have a closer look, we have a lot of people specialised in that, so I'm sure we'll have some answers soon.” 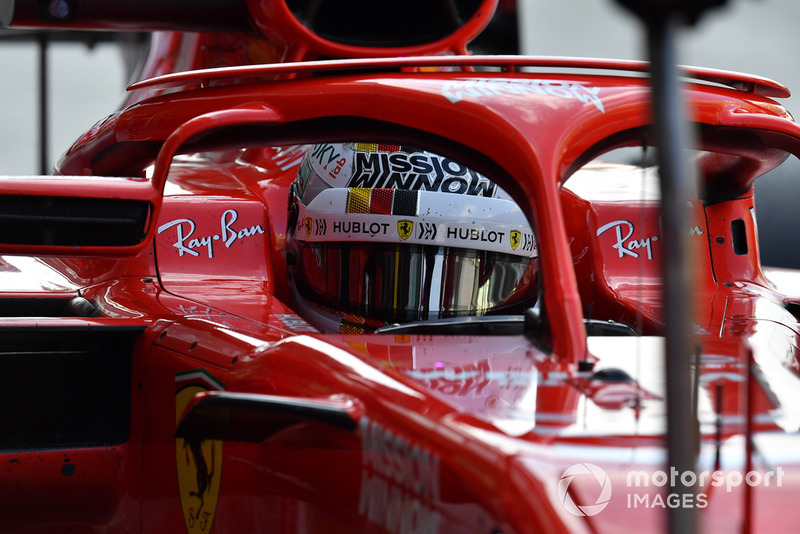