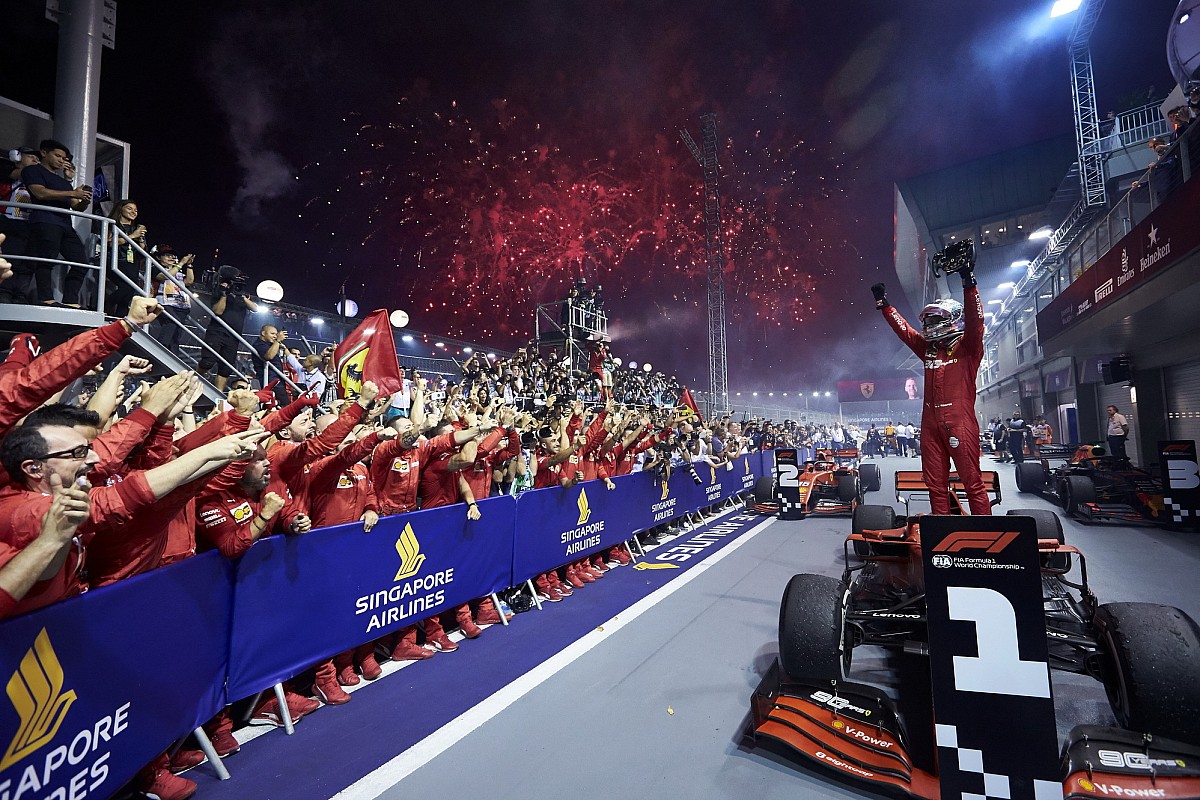 Ferrari Formula 1 boss Mattia Binotto believes it was right to let Sebastian Vettel win this year's Singapore Grand Prix to boost his confidence and his trust in the team.

Vettel was running in third place in Singapore, behind teammate Charles Leclerc and Lewis Hamilton, but pitted first to undercut the Mercedes driver.

The early stop inadvertently allowed Vettel to get ahead of poleman Leclerc as well, and Ferrari chose not to force the four-time world champion to let Leclerc back through as Vettel moved clear in traffic and Leclerc was caught by Red Bull's Max Verstappen.

Though Vettel made errors through the 2019 season instead of leading Ferrari's title charge Binotto said he should be praised by how his form improved in the second half of the year, which included the breakthrough win in Singapore.

Binotto said Vettel, who he called a "key driver" who is "central to our project", benefitted from ending his win drought but also the knowledge that Ferrari's wish to prioritise the team's result could help him too.

"He has been uncomfortable with the car at the start of the season, certainly with the braking instability," said Binotto. "I think the challenge [of Leclerc] for him has been a good benchmark as well, because having such a fast teammate gave him some headaches.

"In order to improve himself, he's always very analytic. He approaches the exercise, he's not emotional in that respect, he's looking at the data, to compare the sectors, looking where he's eventually slower or faster.

"In the first part of the season he has been put under a lot of pressure. I think he reacted very well in the second half. The victory in Singapore has been key for him, not only for the victory itself, but the trust in the team. He knew that he could count on the team for help, if necessary.

"But I think it was right, it was the right choice and time to let him win."

Ferrari improved in the second half of 2019 and Singapore was in the middle of a run of six consecutive pole positions for the team, which had a controversial power advantage but also seemed to improve its aerodynamic performance.

Though Leclerc had more impressive results the car's improved cornering characteristics boosted Vettel, particularly in qualifying as his average starting position of 3.7 before the summer break became 2.5 in the second half.

"When he had a lot of overall confidence in the car, I think he has been very fast," said Binotto. "And if you look at his race pace he is very similar to Charles, who has been faster in qualy instead.

"So I think I would say, well done to him for the second part of the season – well done for the way he reacted after a not easy first half of the season."

2019 tech verdict: McLaren on the road to recovery