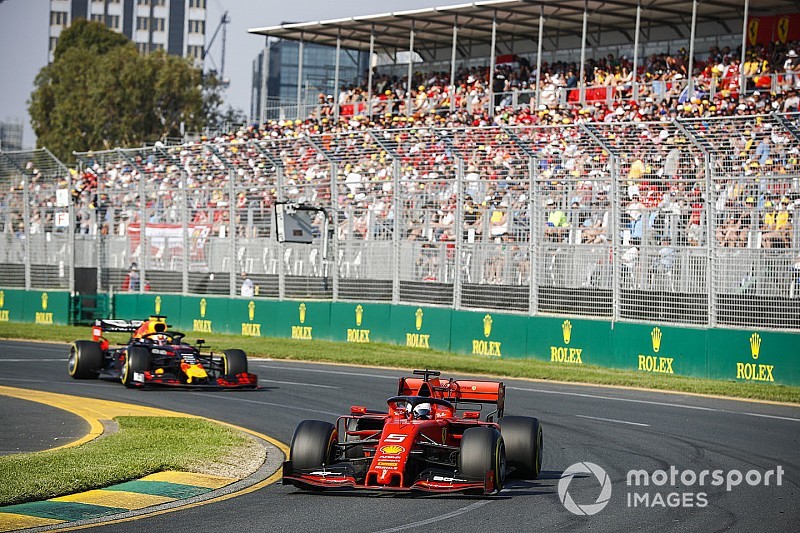 Ferrari's Sebastian Vettel believes the six drivers employed by Formula 1's leading teams will all “have a word to say” in the way the 2019 title fight pans out.

The Italian outfit was favourite for the campaign after pre-season testing in Barcelona, but was beaten not only by the Mercedes duo, but by the Red Bull-Honda of Max Verstappen in Melbourne.

Verstappen's new teammate Pierre Gasly had been eliminated in the opening segment of qualifying – after a single-run strategy backfired - and couldn't recover into the points on Sunday.

Ferrari believes its muted Australia performance is not representative of the potential of its new SF90, and Vettel thus feels that he and teammate Charles Leclerc are in for a close season-long battle with both Mercedes cars and both Red Bulls.

“I think you have three big teams and all of these three teams have the potential to have a very, very strong year,” said Vettel.

“We are looking on ourselves first, and hopefully both of us will be ahead of everybody else, but I think we’re aware it will be very close.

“I think Pierre as well got a bit unlucky [in qualifying], I don’t think he was much off the whole weekend compared to Max. So his race was pretty much lost from the start.

“But I think all of these six drivers in the end will have a word to say, hopefully for as long as possible for all of us to be in the fight.”

Hamilton had led a dominant Mercedes front-row lockout in Melbourne, before teammate Valtteri Bottas eased to victory in the race.

But the Silver Arrows have been traditionally strong at the Australian venue, and Hamilton believes the true competitive order out front will only become clear heading into the Spanish Grand Prix.

“I’ve been here a long, long time and I’ve never known after the first race,” Hamilton said. “So usually the first four races you get a bit of an idea where we all stand.

“It could be like this for four races, or it could be scattered. We’ve had years where we’ve had multiple different winners through the first races.

“So I don’t have a crystal ball, so I can't tell you. But I can assure you that we will be pushing onwards and upwards from here.”