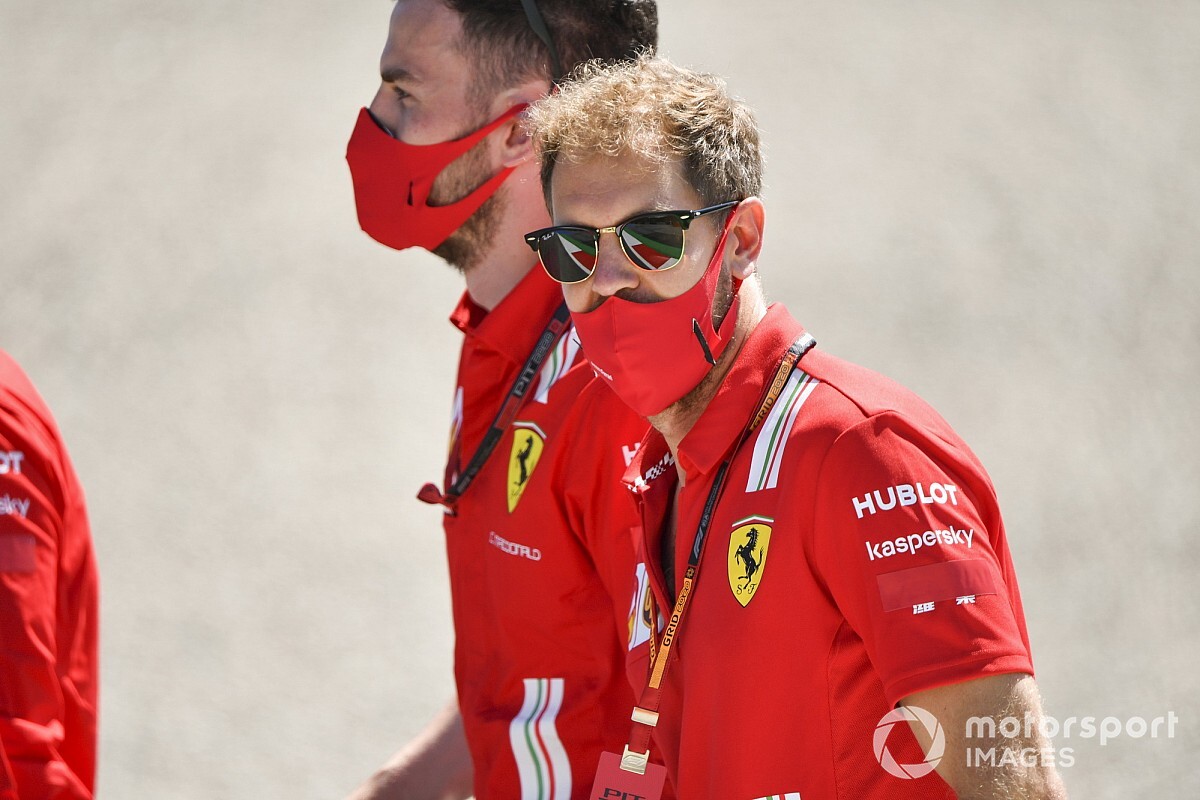 Sebastian Vettel has revealed how he was taken by "surprise" when Ferrari Formula 1 team principal Mattia Binotto phoned him up to say he would not be retained for next year.

Speaking ahead of the Austrian Grand Prix for the first time since it was announced he would be leaving Ferrari at the end of the season, Vettel offered some fresh light on the circumstances surrounding his departure.

And he has said that he and Ferrari never got into talks over a contract and that he was never offered a deal.

Asked what had been a sticking point with Ferrari, Vettel said “There was no sticking point. It was obviously a surprise to me when I got the call from Mattia, when he told me that there was no further intention from the team to continue.

“We never got into any discussions, there was never an offer on the table and therefore, there was no sticking point.”

Vettel says he has not yet had talks with any other team about a potential seat for next year, and says he would be prepared to walk away from F1 if he could not find an environment he was happy with.

“At the moment I'm not really having any [talks],” he explained. “Looking forward obviously I want to make sure I make the right decision for myself and my future.

“I think I have a very competitive nature. I've achieved a lot in the sport and I'm motivated and willing to achieve more. To do so, I think, I need the right package, and the right people around me. So that's what I'm looking out for at the moment.

“If the right opportunity should arise, then I think it is quite clear. If that's not the case, then I probably have to look out for something else.”

Vettel also made clear that he would not play games and announce the end of his F1 career if he wasn’t committed to seeing it through.

“If the right thing comes together and comes up, then I'm willing to continue,” he said. “I feel that I have much more to give. If that's not the case and doesn't come together, then, as I said, [it’s] probably time to do something else.

“I am of the conviction that if you are prepared to let's say shut the door, then you should be prepared to shut that door, and not shut it and expect it to open again.

“I think you have to be aware of the decision that you are making at the time, and that's why also I'm not rushing into anything.

“I think it's good to get the season under go, but the next weeks and months will probably bring some more clarity.”

Austrian GP: All the winners since 1964