Vettel: Teams must "look out for each other" during crisis 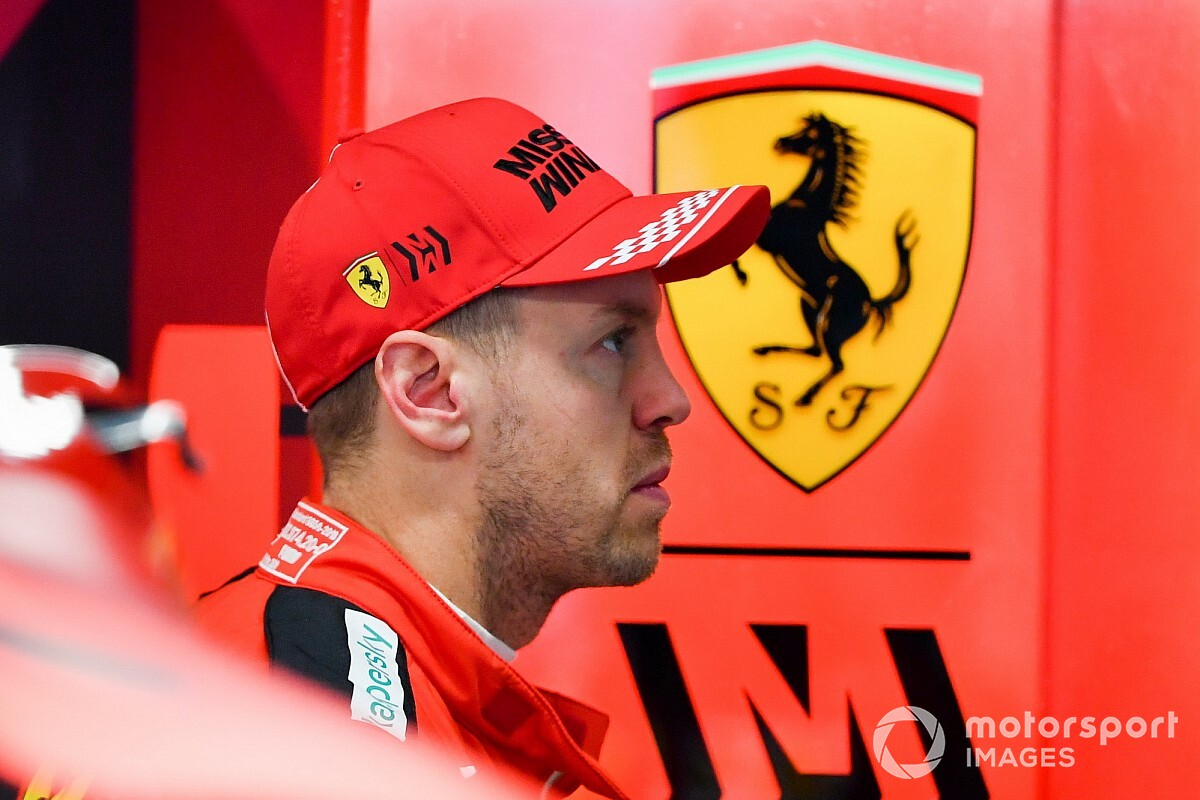 Sebastian Vettel says Formula 1 teams must "look out" for each other during the coronavirus crisis, to make sure every outfit is able to come through the pandemic and race on.

With talks continuing between teams, the FIA and the F1 organisation to try to agree a framework to bring down the budget cap, Vettel is clear that teams must not think selfishly right now.

Instead, he says the mindset that was originally planned for the 2021 rules overhaul – of making the sport closer so it was more entertaining for fans – needs to be maintained.

"With the new regulations, the idea is to bring the field closer together so if this special situation in a way would help the sport to come closer together in order to then have better racing and a better sport, then that would be a good side effect I would say," said Vettel about the potential outcome of talks.

"I think we will only be able to judge once we have some really concrete decisions in our hands and then see how they would work in practical life.

"But definitely, for some of the smaller teams, this situation is putting them [and] their existence in question, and it's quite extreme. So, you know, as a family of Formula 1, I think we ought to look out for each other."

Ferrari gave its support to a delay to the 2021 rules being introduced, even though it means it will have to race on for a second season with its current car – which is behind its main rivals.
Vettel has no doubts his team did the right thing though, even though it may sacrifice its chances.

"I think postponing the rules to 2022, the new set of regulations, and then still discussing some of it for '21, the what and how and so on, I think is the right approach," he explained. "Postponing some of it is definitely right.

"Whether it's worse or better for Ferrari, the natural interest right now is what's right for the sport, and I think that's the right decision for the sport.

"I think that's also the intention, the most important intention, by Ferrari and the team right now."