Vettel: Lack of tow cost me shot at pole

Sebastian Vettel reckoned the lack of a tow from another car on the run to the start/finish line at the end of qualifying cost him his shot at pole position for the Azerbaijan Grand Prix. 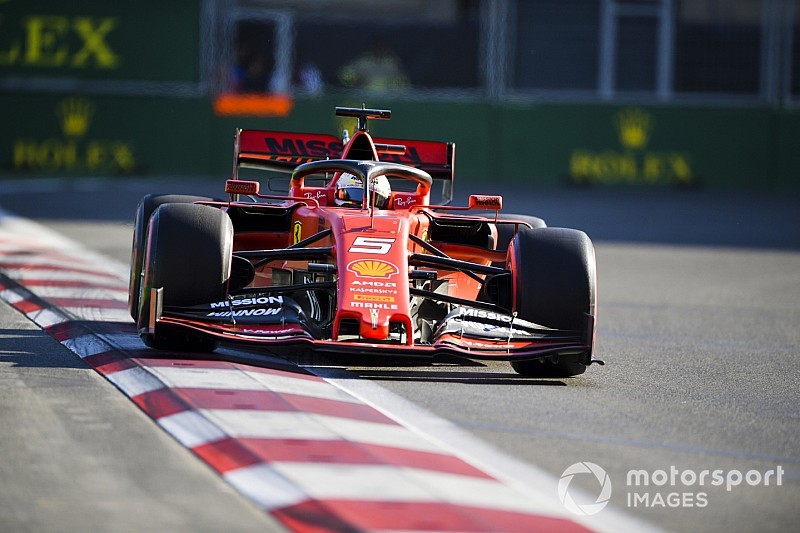 The Ferrari driver was one of the first cars to complete his final Q3 lap, which meant he had to run alone as he crossed the line while cars behind benefited from others' slipstreams.

In the end, Vettel missed out on pole position to Valtteri Bottas by 0.302 seconds, with Lewis Hamilton also pipping him for a spot on the front row.

Speaking after qualifying, Vettel rued the lack of a tow – with his final sector ending up as 24.988 seconds, compared to Bottas' 24.736s.

"I had a good lap but I had no tow to close the lap so that cost a bit," he said. "I am happy that we got sort of the maximum out, but not happy overall from the team point of view as we were expecting to have a better session with Charles and myself. I think we thought we would be closer to the front."

Asked what time difference a good tow would have made, Vettel said: "It depends, up to half a second. Then it is always a compromise because if you are too close in the middle sector you lose out.

"But I would say going with the other people, probably around three tenths. It could have been a bit closer with someone in front."

Vettel said he had the choice of either dropping deliberately into traffic on that final run to try to get a tow, or pushing hard to get his tyres in to the right operating window.

"The track was getting cooler, the car was more difficult to drive and I prioritised to push on the out lap to have the tyres in the window when I started the lap," he said. "Now I sort of regret I didn't take the gamble on but I think it was still probably the right call."

Pole position man Bottas reckoned that he did not get a perfect tow either on the final lap, but says the lap itself came together well enough to put him on top.

"It is all small margins," he said. "I didn't get a good tow in the last lap. It is all about fine details and I managed to hit the sweet spot."

Raikkonen got "too close" to Hamilton on Q3 lap