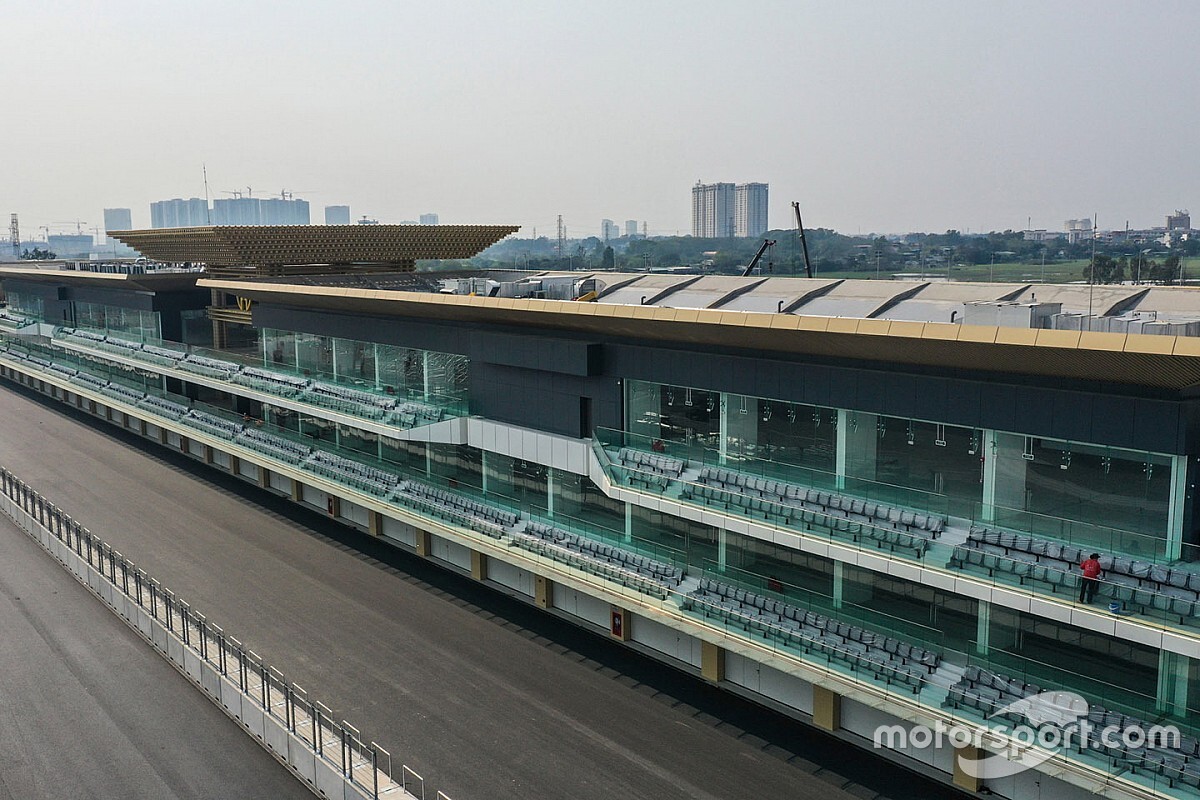 Formula 1 CEO Chase Carey has insisted that the Vietnam GP is going ahead as planned – although he acknowledged that the coronavirus situation is "fluid" as more countries are impacted.

Since the postponement of the Shanghai race there has been a focus on the impact of the virus on the inaugural Hanoi event, given that Vietnam shares a border with China.

However the emergence of the virus in northern Italy has created the added complication of potentially compromised travel arrangements to other events for the staffs of Ferrari, AlphaTauri and Pirelli.

Yesterday Bahrain stopped all flights to and from Dubai – and if that continues until March it would mean issues for the many F1 team members and others who are currently booked to fly from Melbourne to Bahrain via Dubai on Emirates.

A statement today from the Vietnam Grand Prix Corporation confirmed that the race is going ahead as planned.

"Preparations for the race are going according to the set schedule," said CEO Le Ngoc Chi. "The F1 race in Hanoi in 2020 will take place as planned. We are of course monitoring the situation closely and will notify customers and media should there be any changes."

Carey backed up the local promoter, noting that he intends to visit the country next month.

"We do plan to proceed with the race," he said in a call with Wall Street analysts. "I talked to our Vietnam partners yesterday, and I plan to stop in Hanoi on March 16th on my way back to London from Australia. And all systems are go."

Carey said F1 is in touch with race promoters and health experts around the world.

"Obviously a country like Italy wasn't really on the radar a few days ago, and now it is," he added.

"By and large it's a process. What we're doing is we're actively engaged with all the events upcoming, I guess particularly the more current ones, to get perspective from within countries.

"Some of it is logistics. Bahrain just added [restrictions] for people coming from a number of cities. Part of what we can plan is to make sure we have flexibility and options in place to look at logistic issues in getting to and from races.

"Other than China, I guess there is a particular focus on the races at the beginning of the year. We're heading to Melbourne, heading to Bahrain, heading to Hanoi, although to state the obvious we've got to see what evolves in the coming days."

Carey also said that if a new date isn't found for China, F1 will not keep the host fee from the organisers.

"I think it's obviously a serious issue that probably all businesses are dealing with at the moment," she said. "And obviously as a global sport that travels far and wide, it's something that we are monitoring on a day-by-day basis now.

"I think it's got to that point where we're absolutely looking at all the advice that's coming out from the relevant authorities, and that advice is changing day by day.

"So it's a work in progress at the moment. But there are certainly issues that we're facing around travel to Melbourne, what happens with Vietnam, travel to Bahrain, etcetera. I think it's a challenge for everybody."