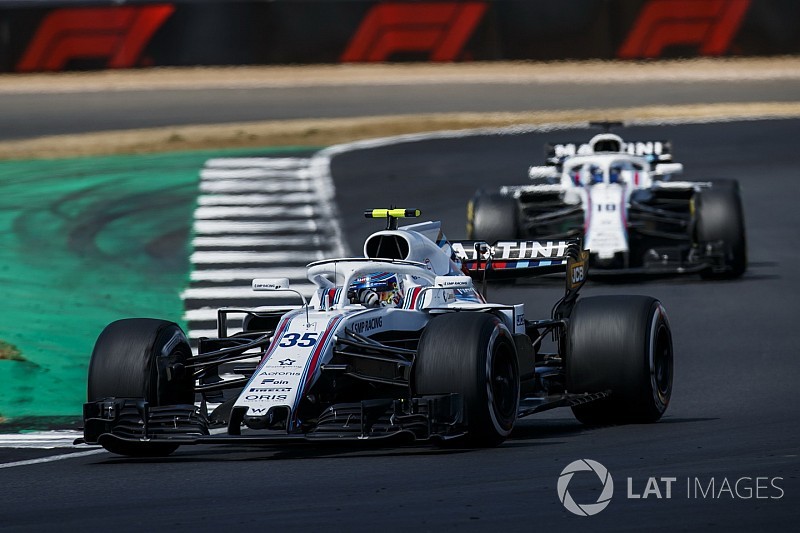 Ex-Formula 1 world champion Jacques Villeneuve does not believe his former team Williams will improve this season and fears it is "dead".

Williams has scored four points in 2018, all from Lance Stroll's eighth place finish in Azerbaijan, as it has struggled with an aerodynamic stall at the rear of its FW41 that is causing high-speed turn-in instability.

Its rookie Sergey Sirotkin is the only driver yet to score a point in 2018 and last weekend Williams had to start both cars from the pitlane after abandoning a new rear wing that triggered fresh aero stalls in qualifying.

Asked if he saw Williams improving this year, the team's 1997 world champion Villeneuve told Motorsport.com: "No. The team is dead.

"There is no management. There was a choice back then [in 2013], you either put the heiress or the heir [in charge].

"And they put Claire instead of Jonathan [who runs Williams's heritage division]. Big mistake. Obviously, just look where the team is at now."

Claire Williams assumed the role of deputy principal at the start of 2013, and though Williams went on to score just five points and finish eighth in the constructors' championship that season, it also announced a Mercedes engine deal for 2014.

That helped Williams score nine podiums and a pole position, and leap to third in the championship, its best result since finishing second in 2003.

It finished third again in 2015 and fifth in the two seasons since, but Villeneuve believes the "top of the pyramid" is "completely blind to where the team is at".

"You have to admit that you're screwed," said Villeneuve, who left Williams a year after winning the title. "I don't know how it can recover. I just don't see it.

"If you have two drivers without experience, that won't help. Not in a team like this."

Though Villeneuve thinks Sirotkin is "lucky to be in F1, even if it's in the worst team", he suggested he had sympathy for Russian and added: "With Lance there, and the family, the politics, you don't learn anything."

De Beer left the team since the start of 2018 though, along with chief designer Ed Wood, and the team is still undertaking a "full evaluation of its internal structures and processes" in its bid to recover.

Williams declined the chance to respond to Villeneuve's comments when approached by Motorsport.com, but last weekend Williams said it had already identified weaknesses "within the team" as well as on the FW41.

"As you go through that analysis invariably you always find other fires that you've got to put out," said Claire Williams at Silverstone last weekend.

"It's probably been a very useful exercise from that perspective, to go through that process and identify all your weaknesses.

"That's going to give us an opportunity to actually make greater steps forward."