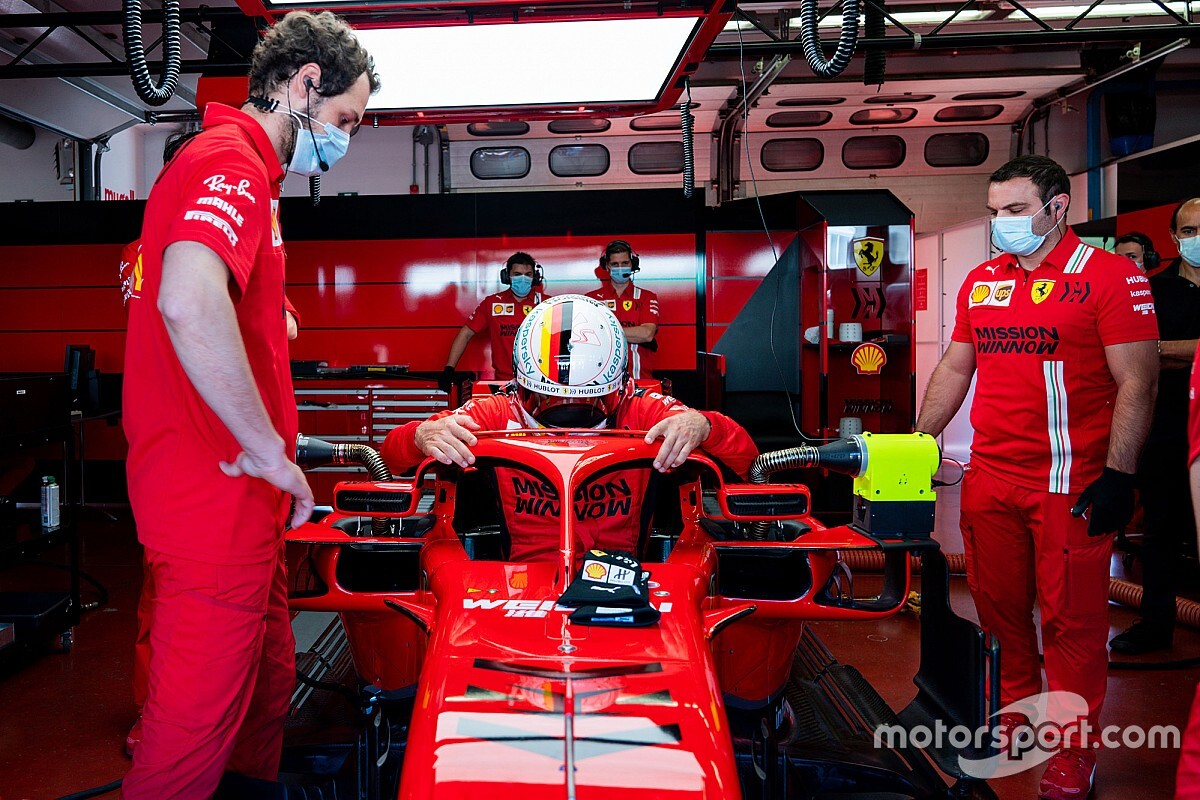 Mark Webber says it's clear the "marriage" between Ferrari and Sebastian Vettel is over, and the German's exit from the Formula 1 squad can't come fast enough.

Vettel endured a difficult first race weekend with the team since confirmation of his impending exit in Austria, which included missing Q3 on Saturday and then a 10th place finish on Sunday following a clumsy clash with Carlos Sainz.

His teammate Charles Leclerc, meanwhile, worked his way from seventh on the grid to second in the race.

According to nine-time grand prix winner Webber, who spent five years as Vettel's teammate at Red Bull Racing, the German looked "empty" after the Austrian race – a sign that the "marriage is over".

“The relationship is over," Webber told the In the Fast Lane podcast."The chemistry is gone, the marriage is over.

"Sebastian is dressed in red, he’s driving a red car but he’s there for himself. In some scenarios you'd wish that it could be over now, because that's pretty much how it's looking.

"From a dynamic perspective, I think Sebastian was empty after the race.

"I think the Seb scenario, the sooner that's over, the better for everyone concerned."

Webber added that the nature of Vettel's rejection from the team – being told over the phone without there being a deal on the table – speaks volumes of how the relationship has been tracking.

"I think it surprised most of us, Sebastian probably the most," he said of news there was no contract offer.

"Even the way he was told, over the phone and not making an effort to get in front of him...

"Clearly that relationship, or the dynamic of how that was going, wasn't healthy and they thought it was best to not continue. You can't be half-pregnant with these contracts. It's not like it was a one-year contract, or the stuff the press was trying to talk about that Sebastian was going back to them and wanting a more long-term agreement.

"But that wasn't even tabled. It wasn't something Ferrari weren't even considering."

Webber isn't expecting Vettel to hang up the helmet just yet, however, predicting that even if he were to take a sabbatical next season he would be back for 2022.

"I think he needs to get the energy and re-invent himself and de-Maranello his mind, in terms of trying to get that energy back.

"It's just slowly spiralled in a downward cycle with his relationship with Ferrari.