Wet German GP would be a step into the unknown - Pirelli 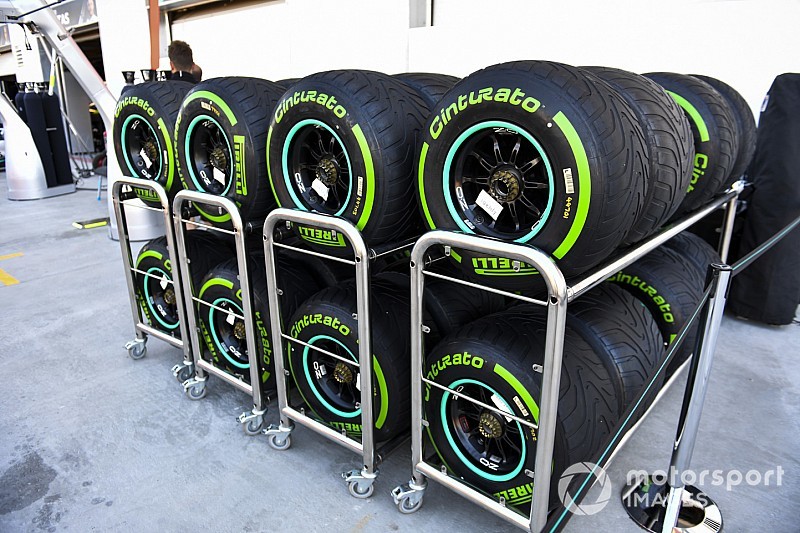 Pirelli admits that rain in the German GP will be a step into the unknown as the Italian company's 2019 wet and intermediates have not been run on track this year.

Heavy rain arrived at Hockenheim shortly before noon on Sunday, triggering a red flag in the Porsche Supercup race.

Most drivers on the F1 grid have no experience with the current tyres because there have been no wet test sessions or race weekends. However, a wet weather test for 2020 tyres at Paul Ricard in late May has potentially given Max Verstappen, Charles Leclerc, Pierre Gasly and Sebastian Vettel and head start over their rivals.

They are the only drivers who have driven their current cars on any form of wet tyre, although they would not be told exactly what they were using, or if the tyres they were using were identical to or based on the 2019 product.

Both the wet and intermediate have changed for this year relative to 2018, with new compounds.

The tyres were developed last season over three tests on artificially soaked tracks, with Ferrari (Fiorano in April), Mercedes (Paul Ricard in May) and McLaren (Paul Ricard in September, where Lando Norris was the driver).

"It will be interesting if we have a wet track, because nobody tested the wet and intermediate before," said Pirelli F1 boss Mario Isola.

"One was for cold conditions and low severity circuits, the other one was for higher roughness and more severe circuits. This year we have just one.

"With the new product the wet is with a new compound, and also a different profile, and the intermediate is a different compound. Both are suitable for different conditions.

"This is the to make the life for the teams easier, because with two compounds and not a lot of testing, it was really difficult to understand the performance of the two compounds.

"But it's also true that they have not tested them before. So there is a bit of unknown going into the wet conditions."

Norris, who ran the 2019 prototypes on last year's McLaren, says he still has a lot to learn.

"I don't know what tyres they were and if they are the ones we are running this year," he said. "But I did the Pirelli test last year, obviously was in last year's car not this year's car.

"It is going to be a challenge, not only for ourselves, but learning and understand how these cars work in the wet."

That challenge involves knowing where the crossover is.

"We hope they're not too dissimilar to last year," said Romain Grosjean. "We hope we know where the kind of window is, or the lower part of the window, and we hope we get there. There's not much you can do about the weather, so let's see."