What's changed in F1 since Alonso made his debut

Prior to his return to the track with Renault in Barcelona on Tuesday, Fernando Alonso pointed out that he enjoyed his first proper Formula 1 test outing at the same venue and with the same Enstone team – albeit then known as Benetton – almost 20 years ago. 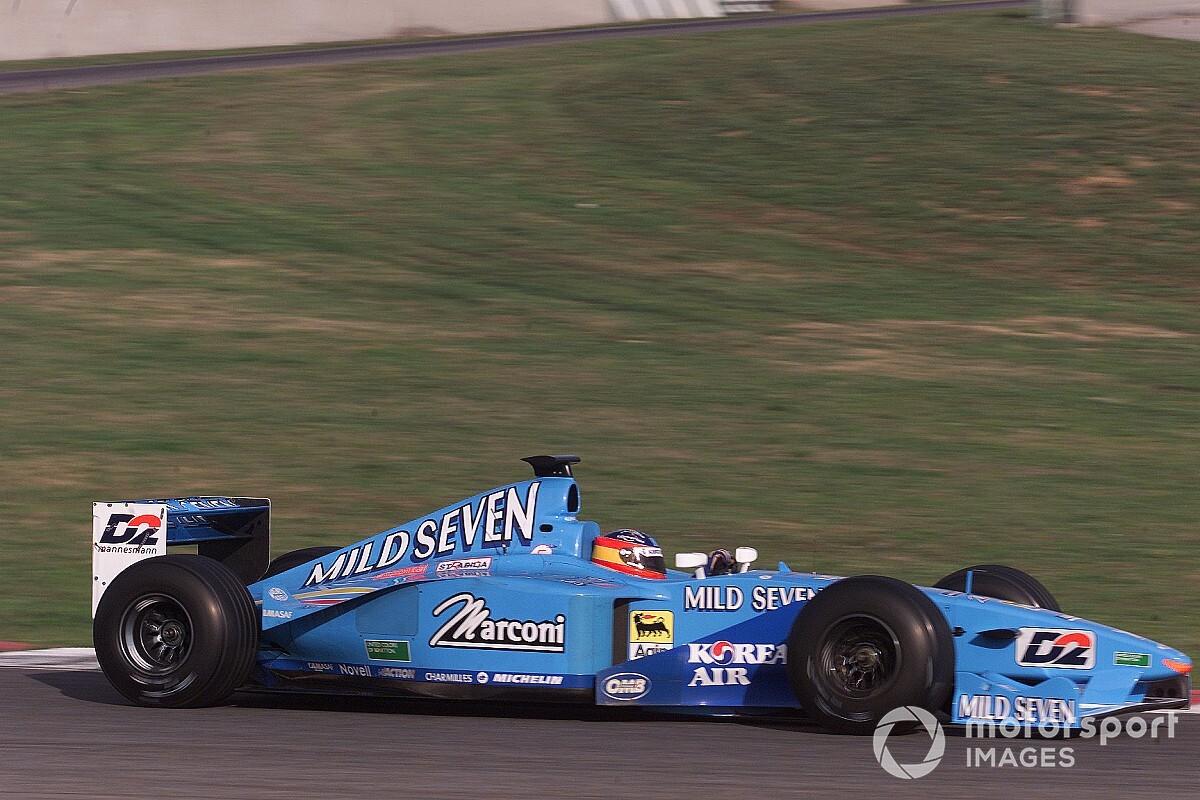 Other promising youngsters present included Andre Lotterer at Jaguar, and Oriol Servia at Prost. No one could have predicted at the time that Alonso would still be a Grand Prix driver 20 years later, and that his fellow rookies would ultimately forge successful careers outside F1.

Alonso’s reference to 2000 set us thinking – what has changed in the sport in the last 20 years?

No drivers who raced in 2000 are still competing in F1. However, like Alonso, Kimi Raikkonen tested that season – with Sauber at Mugello in September – before making his race debut in 2001.

The last driver who raced in 2000 to start a grand prix was Jenson Button, who made his debut with Williams that year and had his final outing with McLaren in Monaco in 2017.

At the other extreme the 2000 drivers whose careers extended back the furthest were Johnny Herbert and Jean Alesi, both of whom made their debuts in 1989.

Two famous surnames from 2000 are set to be on the grid alongside Alonso next year. Max Verstappen's father Jos was with Arrows in 2000, while world champion Michael Schumacher's son Mick is expected to join Alfa Romeo.

Many other drivers are still regulars in the paddock in TV commentary or other roles, including Button, Herbert, David Coulthard, Alex Wurz, Pedro de la Rosa, Mika Salo, Jacques Villeneuve and Marc Gene, while Alesi and Ralf Schumacher are often at F1 races mentoring the junior careers of their sons.

Only three teams from 2000 still exist under their original names, and they are also the three oldest on the grid – Ferrari, McLaren and Williams.

The last two have undergone changes of ownership and management, but have kept their identities. And technically the Sauber name is still in use too, as the company behind the Alfa Romeo team. 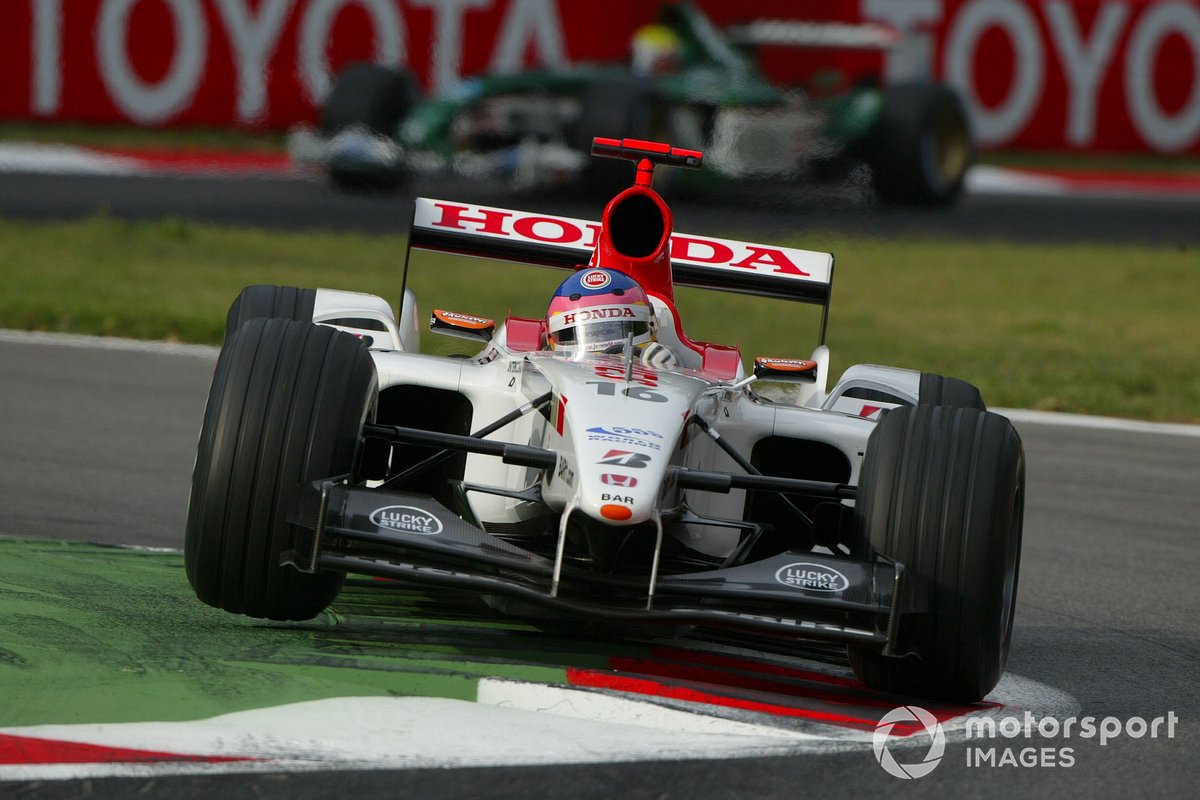 Five other teams still exist in different guises, some of them having changed owners several times. Benetton is now Renault, BAR is Mercedes, Jaguar is Red Bull Racing, Jordan is Racing Point, and Minardi is AlphaTauri.

Prost and Arrows are both long gone sadly, while the only all-new team on the 2020 grid is Haas.

In 2000 F1 still used screaming V10 engines, and indeed Alonso would win his first world championship with one before the switch to V8s in 2006.

All four current manufacturers were involved in some form back in 2000, and Ferrari, Honda and Mercedes were all represented in an official capacity.

Renault's technology was in use, albeit under the Playlife name at Benetton, and Supertec at Arrows. In addition Sauber's Ferrari engine was badged as Petronas, and Jordan had a Mugen Honda. 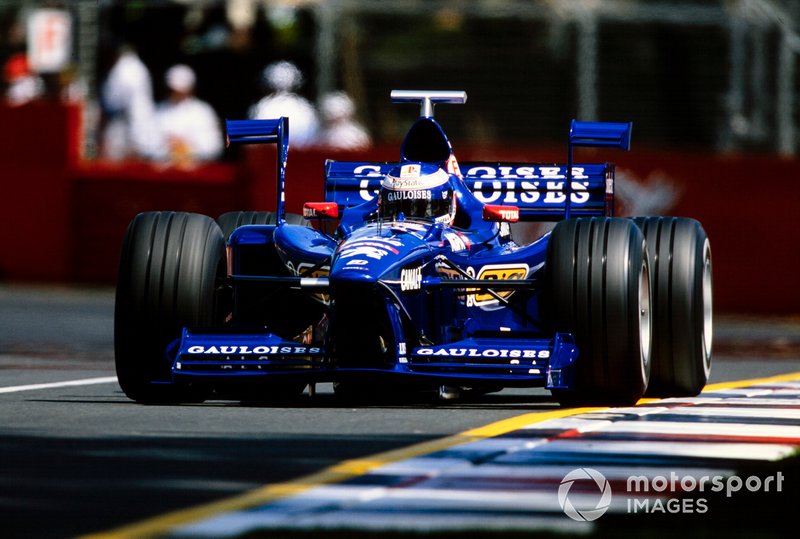 Three 2000 manufacturers are missing, namely BMW (who began supplying Williams that year), Peugeot (then partner to Prost) and Cosworth (with Jaguar and, under the Fondmetal name, Minardi.)

The unusual circumstances of the 2020 season have meant the return of some old school venues, so this year's calendar actually has more in common with 2000 than would otherwise be the case.

Of the 17 events that took place in 2000, 11 were on the original 2020 schedule at the same venues, those being Melbourne, Interlagos, Silverstone, Barcelona, Monaco, Montreal, Spielberg, Hungaroring, Spa, Monza and Suzuka.

Liberty's search for replacement venues added two more to the 2020 list in Imola and the Nurburgring.

Of the four remaining 2000 venues only Hockenheim is still "current", having been used as recently as last year. 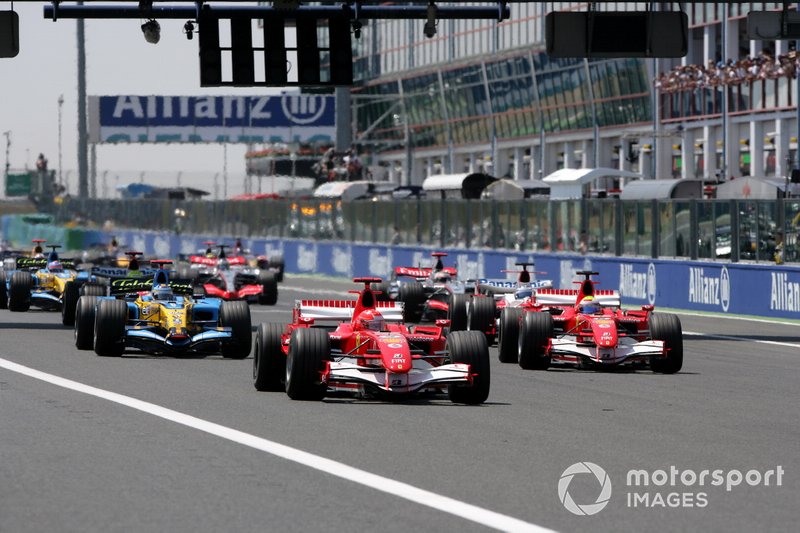 That leaves Magny-Cours, Indianapolis and Sepang as the three 2000 circuits that are no longer in use by F1, although the Malaysian venue was mentioned as a possible 2020 replacement at one stage.

New in 1999, Sepang was the first example of a new generation Hermann Tilke venues. Current F1 tracks that it inspired and that didn't exist 20 years ago are Bahrain, Shanghai, Austin, Istanbul, Sochi and Portimao, while Singapore, Baku and Vietnam all highlight a push for city centre street races that hadn't started back then.

There's been a complete change in team bosses since 2000, with not one still in the same job, although some now have other roles within the sport.

The most recent departure came this year, with Frank Williams giving up the team principal role after the sale of the outfit that carries his name.

Sadly Arrows boss Tom Walkinshaw passed away in 2010, while the likes of Ron Dennis (McLaren), Craig Pollock (BAR), Eddie Jordan, Peter Sauber and Giancarlo Minardi have all left the sport.

Alain Prost, who had his own team in 2000, retains a senior role at Renault. Former Benetton boss Flavio Briatore was also Alonso's manager back in 2000 – and he still plays a role in the Spaniard's career.

The Ferrari "dream team" was just hitting its stride in 2000, and many of the key players are still at the forefront of the sport.

Team principal Jean Todt is president of the FIA, while technical director Ross Brawn is managing director of the F1 organisation, where he is about to be joined by ex-Ferrari sporting director Stefano Domenicali as CEO. 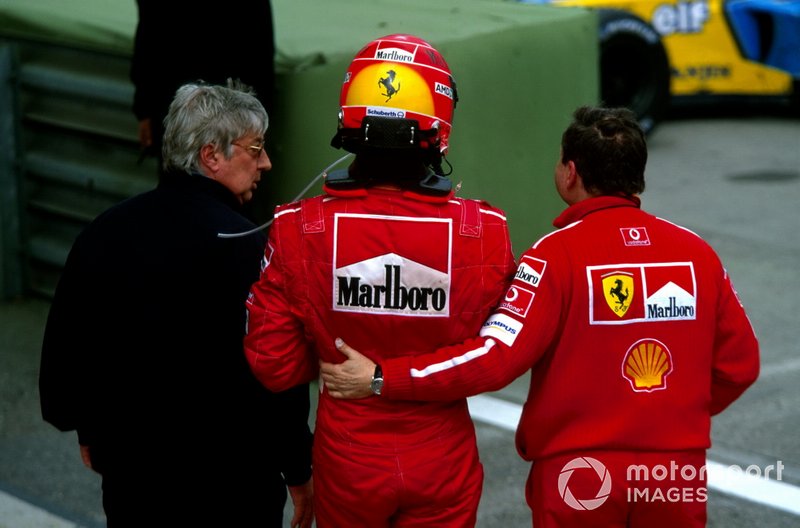 Ferrari's then chief aerodynamicist Nikolas Tombazis runs the FIA's technical side, and Mattia Binotto – a senior engine man in 2000 – is still at Maranello as team principal.

Benetton technical director Pat Symonds, who would have kept a close eye on Alonso's first test, is now the technical boss of F1, while Arrows team manager Steve Nielsen is its sporting director.

In 2000 Bernie Ecclestone was still very much in charge of the sport as the boss of FOM, running what was in effect a one-man show – very different from the Liberty Media era.

Ecclestone worked closely with his old pal and FIA president Max Mosley. Indeed it was in 2000 that the now infamous 100-year commercial rights deal was agreed between the two parties. On Ecclestone's watch F1 began its move away from free-to-air TV, which was still available in most territories in 2000.

Sadly also now missing from the 2020 paddock are FIA race director Charlie Whiting and F1 doctor Prof Sid Watkins, both of whom are no longer with us.

Along with the move to hugely complex hybrid power units, the cars have changed enormously since 2000, the third year of the narrow track era.

Aerodynamic development has moved on apace over the last two decades, fuelled by the increasing power of CFD and the expanding scale of the R&D departments of the teams.

There have been regular attempts by the FIA to restrict downforce, but losses have usually been quickly clawed back, triggering further changes.

Huge strides have been made on the safety side since 2000, with the halo among the most obvious manifestations on the cars, which are now significantly heavier than they were in 2000. 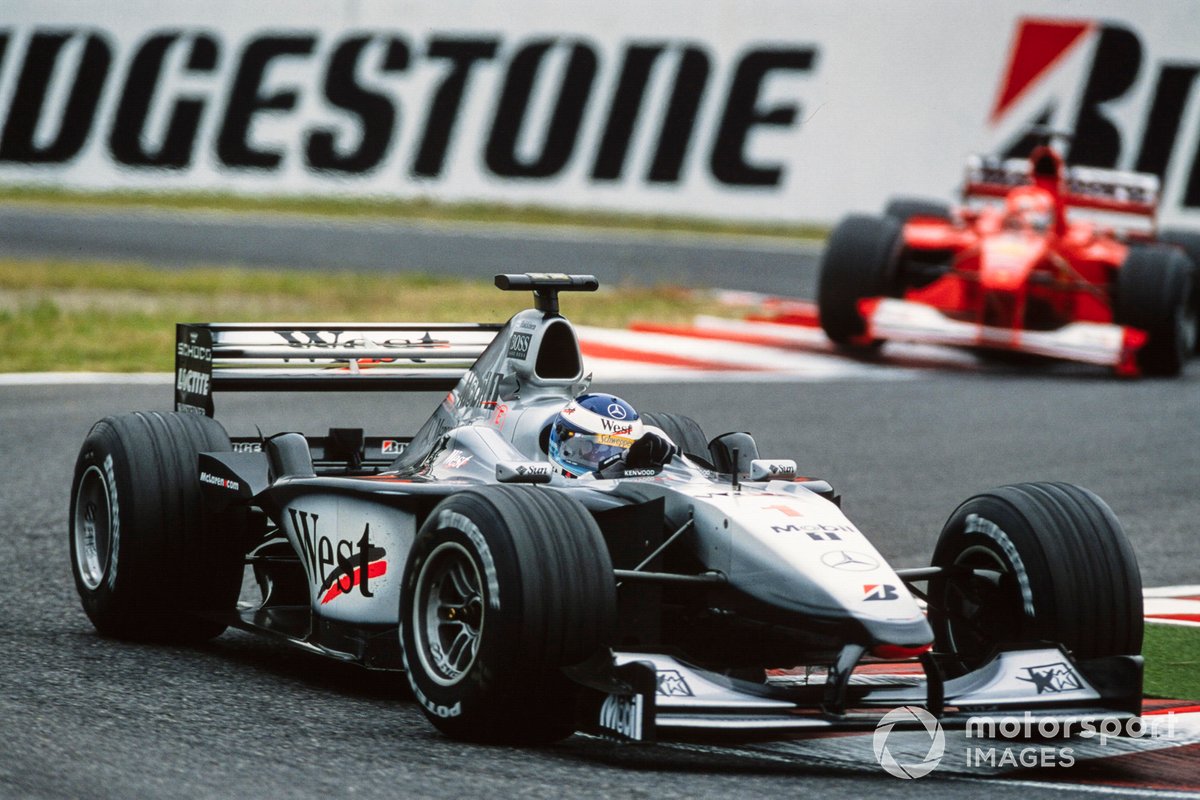 In 2000 as now there was a single tyre supplier in Bridgestone, although a war with Michelin would start in 2001. At the time the sport used grooved tyres, and development and testing was unrestricted.

Race weekends still featured a Sunday morning warm-up, while qualifying was a single one-hour session, with no knockout system.

There were no restrictions on engine and gearbox usage, and thus far fewer grid penalties than we see now.

Finally there were no financial regulations in 2000. They come into place in parallel with Alonso's return next season, and the budget cap could play a key role in determining whether his rebranded Alpine team can catch the teams ahead.