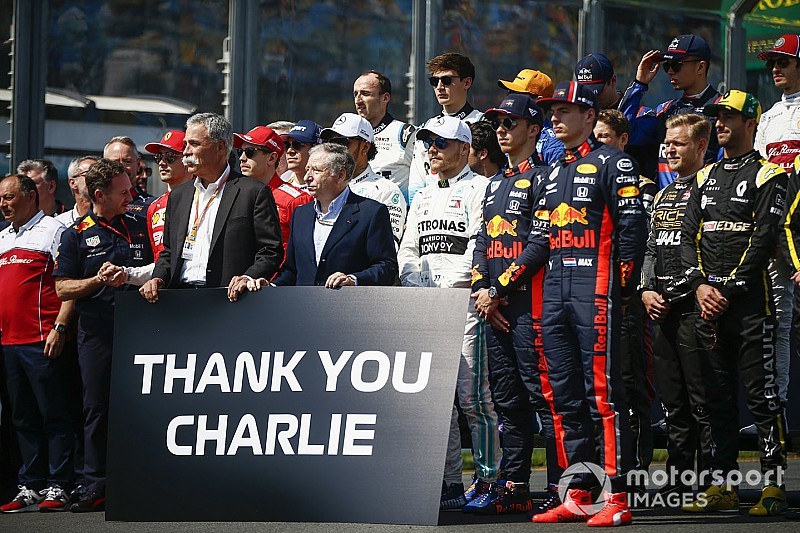 This will come as part of Formula 1's tribute to Whiting - who in addition to his other roles was in charge of race starts for 23 years - during the Silverstone weekend.

On Sunday, Bryll will accompany Whiting's son on the start gantry and let him know when to press the button.

Whiting was remembered in a memorial event at Silverstone on Thursday evening, which was attended by hundreds of past and present drivers, team members, officials, journalists and others who knew or worked with him over the years.

Among those to speak were Whiting’s wife Juliette, his daughter Laura, F1 CEO Ross Brawn, FIA president Jean Todt, and on behalf of all the drivers, Sebastian Vettel. Many others contributed by video clips.

Vettel concluded a moving eulogy by saying: “In the name of all the current F1 drivers, and all the drivers who worked with you, we finally want to say you were a true racer, you were our race director, you were our guard, you were our friend.”