Why F1's new initiative on racism must follow Hamilton's lead

Formula 1's 'We Race as One' announcement contained a key pledge about the initiative's long-term aims. It's one that must be continually revisited to realise the ambitions of stands such as Lewis Hamilton's to fix racial inequality

Lewis Hamilton wrote the above words on Instagram in a post detailing his participation in a Black Lives Matter demonstration in London last weekend.

On Monday morning, Formula 1 announced its We Race as One initiative, which was launched with twin initial aims regarding the response to the coronavirus pandemic and the need to address motorsport's issues with diversity. This followed Hamilton's own announcement that he is launching the The Hamilton Commission to make "real, tangible and measurable change" on diversity in motorsport in conjunction with the Royal Academy of Engineering.

F1's We Race as One statement contained this key line: "It will not be a one week or one-year theme that disappears as issues disappear from headlines, it will underpin the F1 strategy to make a tangible difference in our sport and society."

The takeaway from these words is that F1 is offering more than a token gesture of support, which is a positive development in terms of Hamilton's own efforts in the Black Lives Matter movement. Indeed, it follows his statement that "the time for platitudes and token gestures is over."

Wrapping multiple aims under one banner complicates F1's initiative, but it demonstrates that the championship has a long-term intention of tackling many of society's problems. For example, Motorsport.com understands that F1's commitment to being carbon neutral by 2030 will be included as a more prominent part of the initiative as it develops. 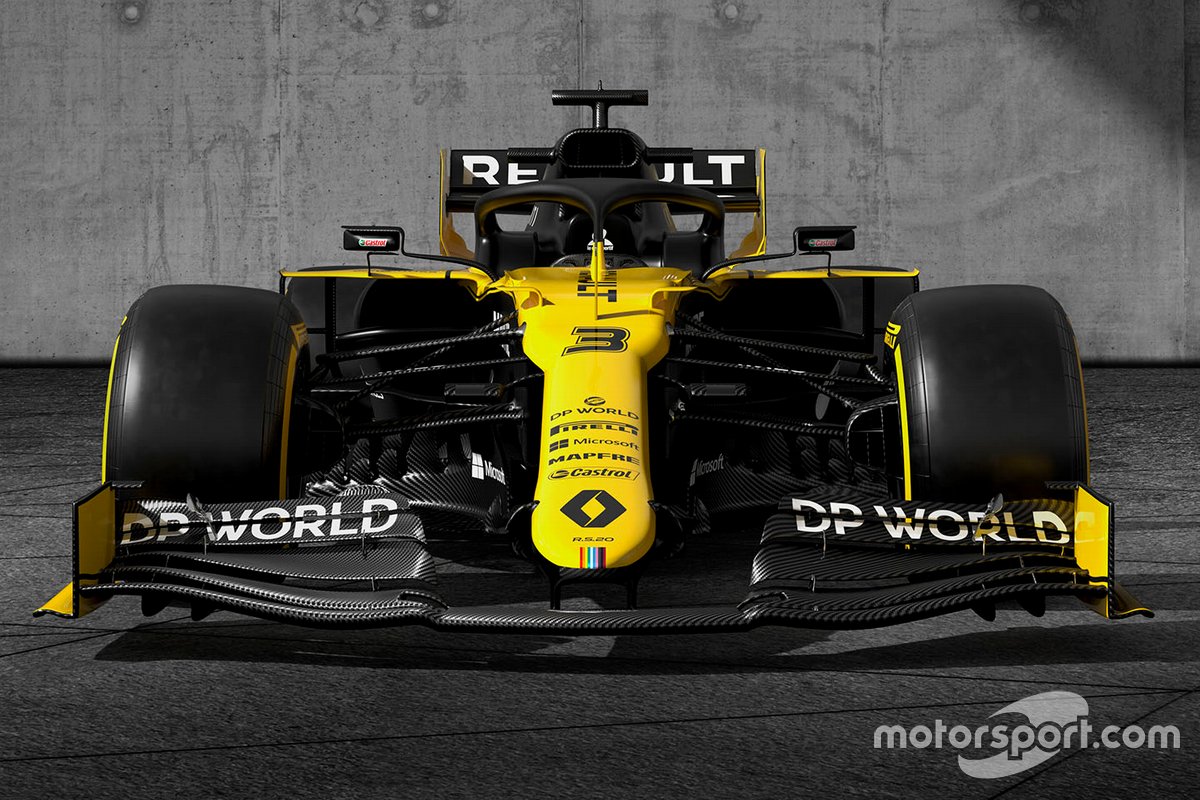 There is a further issue in regards to the championship's new commitments, in that several of the countries on a 'normal' calendar (the schedule before the pandemic wreaked its havoc, for example) have, to put it mildly, less than ideal records when it comes to human rights and suppressing minorities. The counter argument F1's stakeholders could make - one that Formula E made in relation to is races in Saudi Arabia - is that by visiting these places with a message of hope and inspiration this will encourage change.

But F1's commitment to We Race as One being a long-term project is nevertheless encouraging in relation to Hamilton's call to keep pushing on racial equality.

The deeply disturbing, sickening news that a noose was found in the garage of Bubba Wallace, NASCAR's only black driver, at Talladega on Sunday again emphasises why the Black Lives Matter movement cannot just disappear from our collective thinking.

There is no place for racism in any society, of which motorsport is one in a microcosm. And, again, there is only one correct stance when it comes to racism. Which is why anyone claiming Hamilton (or Motorsport.com!) should "stick to racing" is simply wrong to do so, as our F1 reporter Luke Smith covered here.

While retracing steps again, it's worth acknowledging that comments regarding Mercedes' links to the Nazis - that keep being made - are sheer whataboutism and those that make them would surely do better to examine why they feel the need to make such comparisons in the first place.

Hamilton and Wallace will keep using their own platforms to further the cause on racial equality, and that matters when it comes to F1's We Race as One pledge. To make change happen we must keep talking, thinking, writing and communicating about problems, even if they are uncomfortable topics. 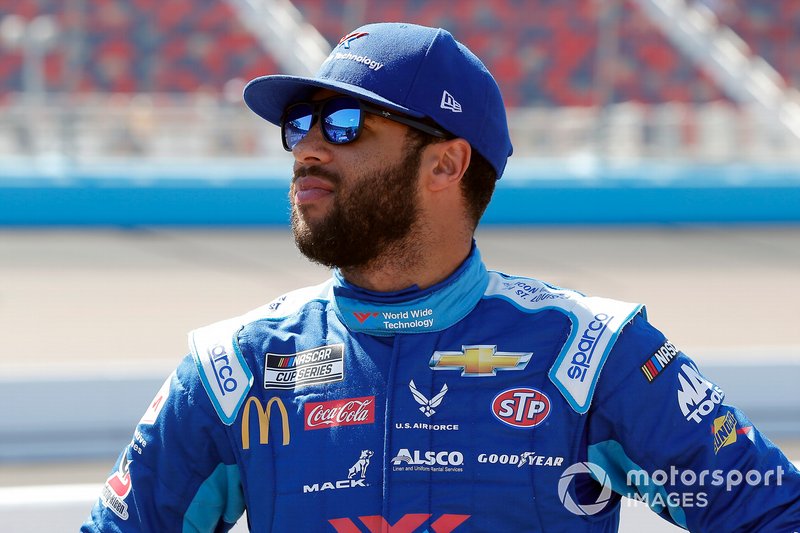 Take the protesting of the statues of historical figures, for example. In the UK, the recent toppling of the statue depicting 17th century slave trader Edward Colston in Bristol generated so much debate and therefore (hopefully) education regarding a problematic person in the country's history, which those who oppose the removal of these figures regularly claim to want. Of course, any act that involves criminal damage cannot be condoned, but the power of action when democratic means have been exhausted, as it seems was the case with the Colston statue, is there to be seen.

We have to keep the discussion and the education going. As part of the We Race as One announcement, F1 revealed that it is establishing a taskforce "that will listen to people from across the paddock, including the drivers, as well as externals and make conclusions on the actions required to improve the diversity and opportunity in Formula 1 at all levels", per its statement.

F1 has said it will announce further details of the taskforce's aims on racial equality in the coming weeks. Hopefully this will include additional information on how it plans to encourage diversity in the long term as its "not be a one week or one-year theme" pledge suggests. Regular events at races in all the countries F1 visits would be another positive commitment.

When considering how F1 can improve diversity in motorsport - which is being done in relation to the FIA's 'Purpose Driven' pledge, which covers all categories - there is another regularly-made argument that must be addressed. Those who point out that F1 is a meritocracy, and that as a result a driver's race (or gender) is irrelevant, fail to acknowledge that a broken system means 'the best' are more than likely being excluded from ever getting near even motorsport's grassroots. We simply never come to know what they are capable of because they never make it.

Motorsport began as a hobby for the ultra-wealthy and, although it has developed significantly into the professional industry it is today, money and access remain key barriers to participation.

So, again, F1 and the FIA are important stakeholders when it comes to driving change, as the We Race as One announcement acknowledged.

"We believe that as the first international sport to return we can make a difference and use our voice to address these vital issues," read F1's statement. "As a member of the global FIA motorsport family, we acknowledge its Fundamental Principles Statutes, including the fight against any form of discrimination."

Those with a platform should use it positively to make needed change that can help all societies. And that is why the key points in the movement for racial equality must be made again and again.

We need to keep talking about the Black Lives Matter movement in much the same way that F1's We Race as One pledge must stay at the forefront of the championship's collective mindset. That way, hopefully, change will come and the results will be there to see. 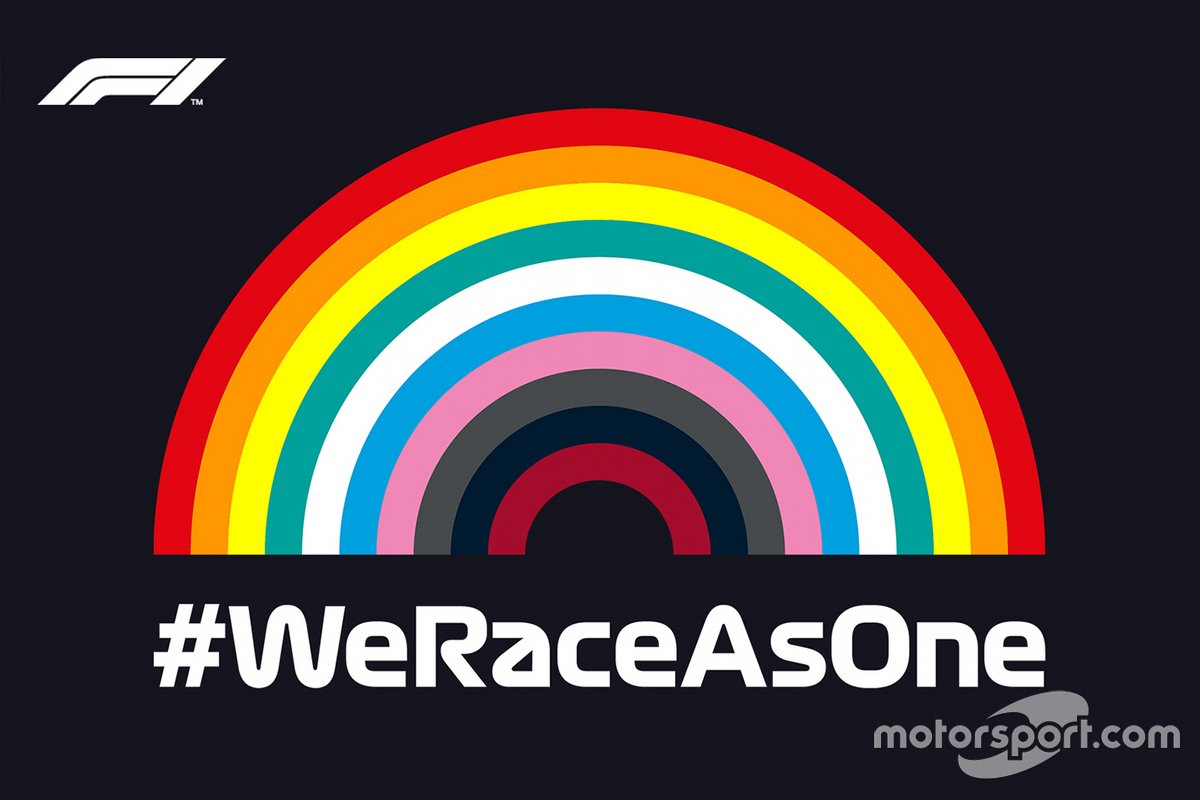 Explaining the science behind F1 simulation