Daniil Kvyat has not given up on a Formula 1 comeback, and the Russian's current role as Alpine reserve has at least given him a foot in the door.

In the era of COVID-19, teams need easy access to drivers who can jump in with little preparation, and you never know when an unexpected opportunity might crop up.

Like Nico Hulkenberg and Alex Albon, Kvyat is near the top of the list of drivers with recent F1 race experience, hence the interest from Alpine over the winter.

Last month, an 18-inch Pirelli tyre test in Barcelona gave Kvyat a useful first taste of an Enstone car, albeit a three-year old chassis. No further outings are currently scheduled, but he's ready to step in should Alpine require him to do so.

At the same time, he's looking at opportunities for 2022 and beyond – and unsurprisingly, an F1 return remains his priority.

"I want to be racing, whatever it is," he tells Motorsport.com. "Of course, F1 is the first thing that comes to mind, mainly because I still feel like there is some potential left.

"And hopefully a different ambience to where I was before could be better for me. I just would like this kind of opportunity. 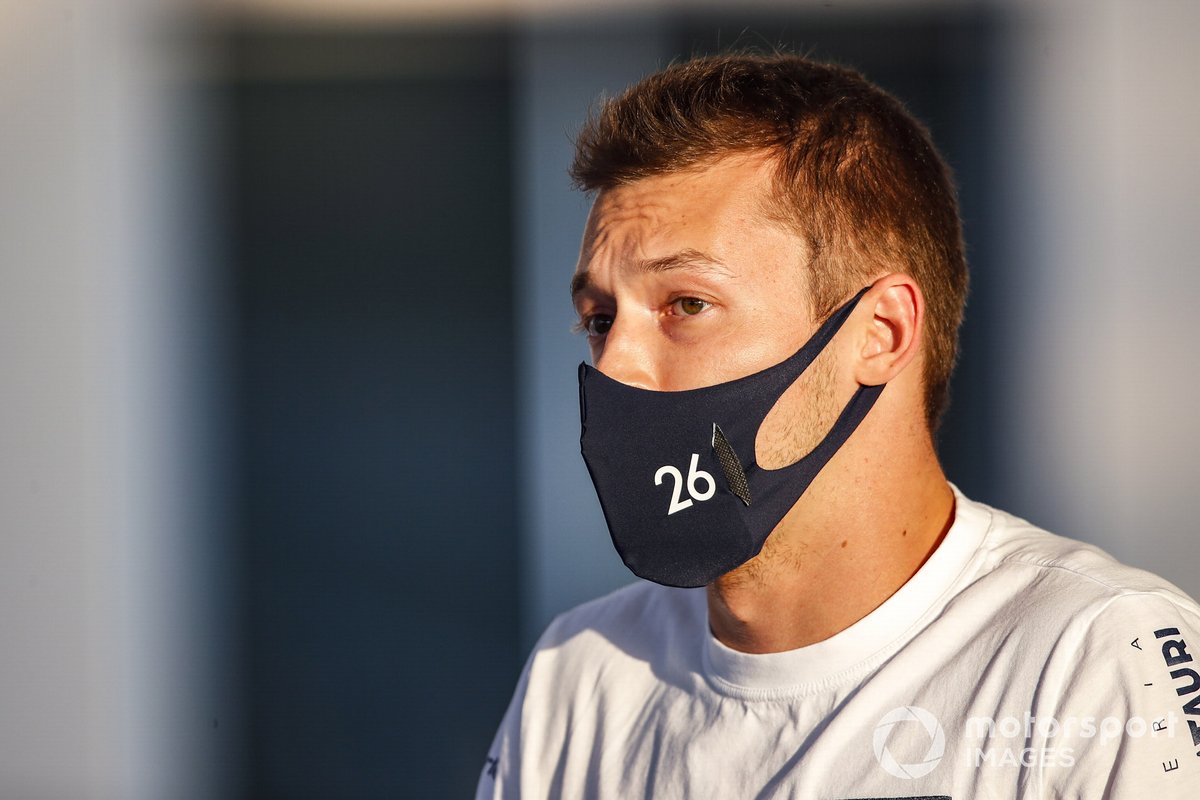 "If not, there are many other series where you can enjoy very competitive, strong racing, and where you can also make a good living out of it."

One man he's not expecting to phone any time soon is his former boss Helmut Marko.

Having lost his AlphaTauri seat at the end of last season, Kvyat appears finally to be out of the Red Bull environment. With Albon on standby as reserve and the F2 grid packed with Marko proteges, it's hard to see him ever getting another chance.

"He has my number if he needs it!," Kvyat smiles. "I already did an interview recently, where I spoke about it for F1, I think. So just copy and paste the words…"

In fact Kvyat told an F1 podcast that he thought Marko might still want to call him, but "that pride might be in the way."

So has he accepted that, this time, it's finally over with Red Bull?

"I didn't say that. I will not say much. It's enough attention already to that topic. I've been asked about it, like I said last week, now again... People know my number, and I know who wants to, but for various reasons, can't call me anymore. So, I'll leave it there!"

Kvyat enjoyed a rollercoaster ride over his years under Marko's supervision at Red Bull. GP3 champion as long ago as 2013, he was propelled into Toro Rosso the following year.

He enjoyed a solid first year at STR, but then Sebastian Vettel's unexpected move to Ferrari earned him a premature promotion to the senior Red Bull team in 2015.

It's easy to forget that he actually outscored teammate Daniel Ricciardo over that season, logging a second place in Hungary. 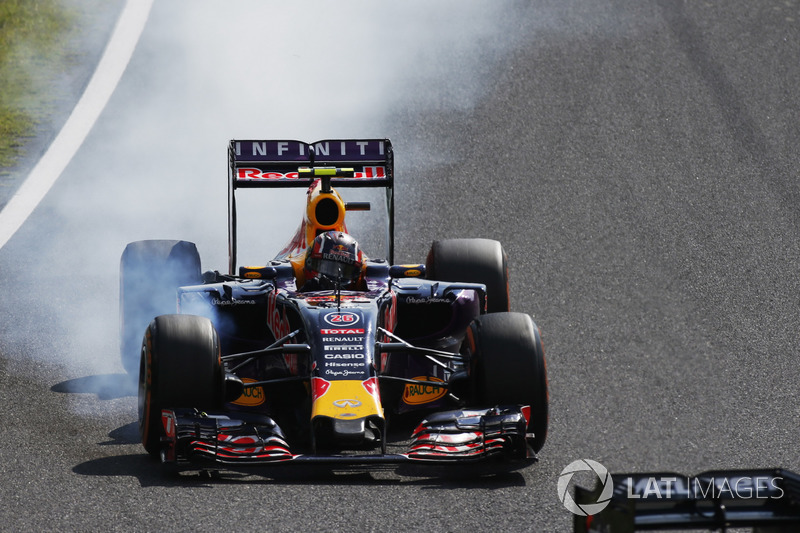 However, after a shaky start to 2016 he was soon demoted to Toro Rosso and replaced by the mercurial Max Verstappen. He was ousted from the junior team at the end of 2017, spent a year as a Ferrari sim driver, and was then unexpectedly brought back to STR in 2019.

At the end of last season, he was dropped once more from the rebadged AlphaTauri team to make way for Yuki Tsunoda, having been outscored by Monza winner Pierre Gasly.

Kvyat is adamant that he could have done no more to impress the Red Bull hierarchy.

"Absolutely no regrets," he says. "Looking back at it, even more now, with the current situations of drivers they have, I'm really proud of what I achieved there. And to be honest, if you look at it now, there's almost nothing I could have done.

"And this is something what gives me confidence moving in the future, what I've been doing. And looking back at it, I was very down about it, but now looking at things, how other drivers take it, I definitely can tell you that I actually can look back with my head high up."

Kvyat believes that hindsight shows he did a good job in the context of what his Red Bull replacements Gasly and Albon managed. Sergio Perez has also struggled, notwithstanding the Mexican's victory in Azerbaijan.

"Exactly. I came there, and in the end I looked really good, to be honest, straight away. But how do you say? It was a bit of a wrong timing. I would leave it there, but I just hope, like I was saying, to have another opportunity.

"That's why it leaves me with a bit of feeling of unfulfillment. Because I feel like the potential is much higher than what I managed to achieve in F1. So that's why I still keep my eyes open on it."

The positive news for Kvyat that having left the Red Bull camp he was in demand elsewhere for a test/reserve role heading into 2021.

"There were definitely a lot of opportunities," he says. "But I'm not going to throw any names in there. Yes, I had some something to choose from.

"I had to find a way of keeping myself occupied, and also staying with one foot in the game. And the best opportunity came with Alpine this year. 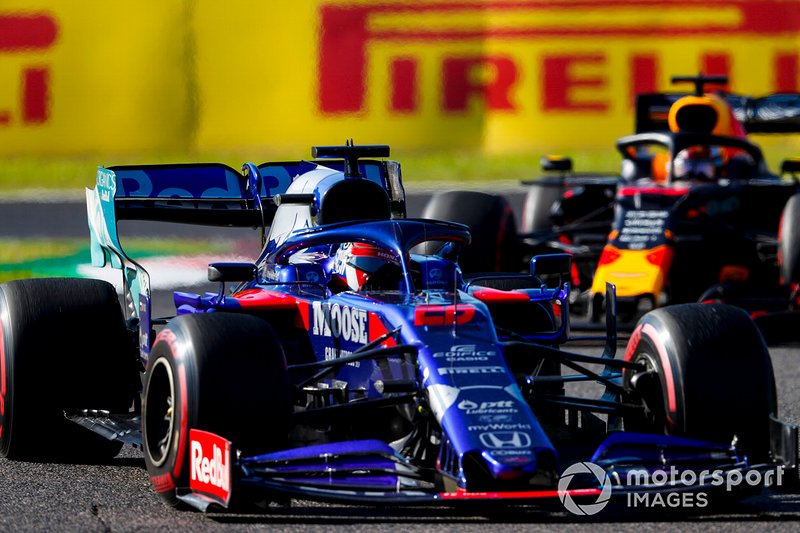 "Everything was quite quick, because suddenly, they needed somebody, and they contacted me and [manager] Nicolas Todt. We started speaking with the top management, with Laurent Rossi mainly. And we came together, we worked out a deal. And that was it. Green light."

Kvyat has already experienced life outside the Red Bull bubble, having spent 2018 as a Ferrari sim driver. Although he did a Pirelli tyre test with the Maranello team, he was never in the frame as a reserve, however.

"They needed somebody experienced and strong to be able to jump in the car in case it's needed. And we know in this period it's taken a bit more seriously, this role. So it's mainly about that, plus some simulator work, an opportunity for staying in shape."

Kvyat likes what he's seen at Enstone: "It's always interesting to be in a different team and work with new people.

"I've been to the factory, had a chance to work in the sim. And I'm very positive about what I saw so far. I think in terms of the team's potential, it's very high. I would call them a hardcore racing team with big history already.

"I met some people who worked in the team for many years. These guys give the special spirit to this team, and they're very competitive, at the same time very organised, very calm.

"Every session goes very smoothly, there are rarely any setbacks. And good spirits. I like this team, I think it has a huge potential."

He's also had the chance to observe Fernando Alonso, and see how the Spaniard operates. There's always something useful to be learned.

"When I worked with Ferrari, I had a chance to look at Kimi [Raikkonen] and Sebastian at the time, both World Champions. Fernando is a two-times World Champion with big experience, and I like to just observe him, listen to what he likes to speak about with his engineers. 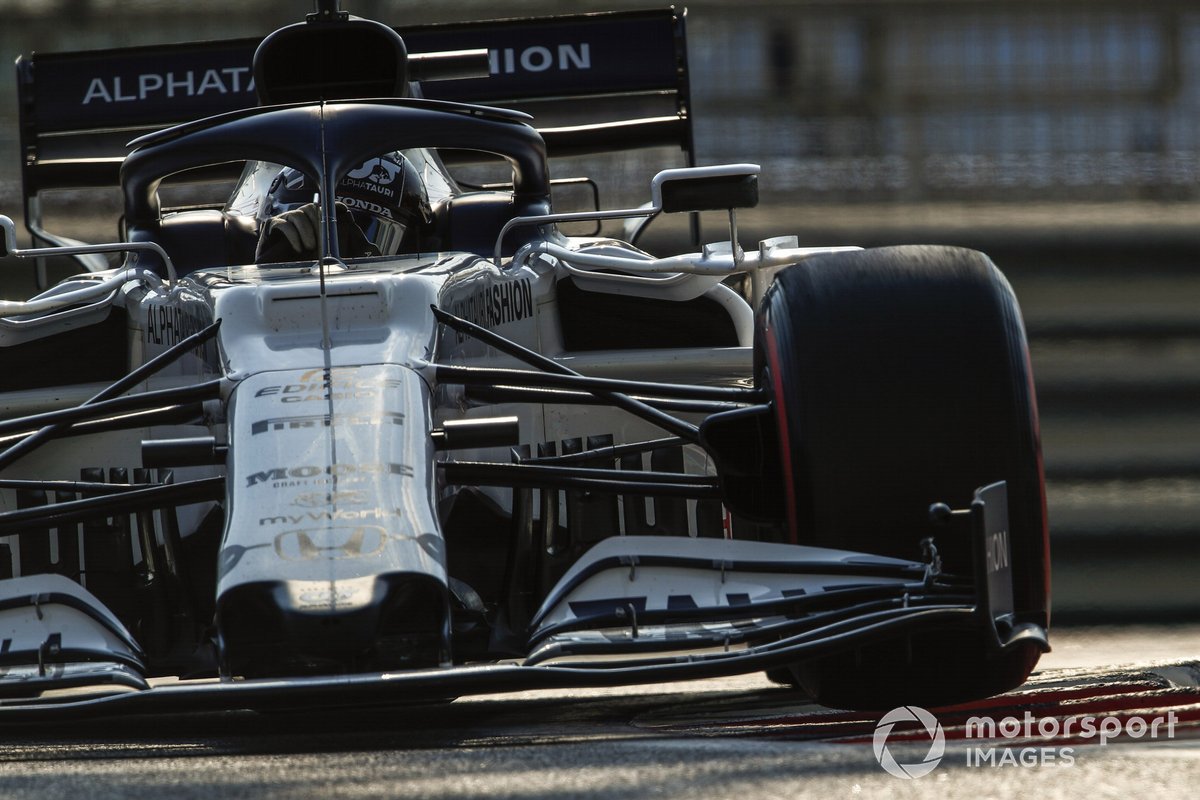 "And it's interesting for me to understand. To be honest, there is nothing extremely surprising. Work is work in the end. But he's very motivated, very dedicated, that's for sure."

Last month's Barcelona test in Alpine's 18-inch mule car gave Kvyat some feel for an Enstone product, and it was a chance to understand how the team operates – and for the team to get to know him.

"It's always interesting to try the car, even if it's a three-year-old car, but still it gives you an idea about how systems work. In the end the steering wheel is very similar, things like this.

"And also the team could see how I work. I try always to bring some ideas. I don't like just to sit around, I like to be involved. I hope it was useful for the team to see what the new tyres are about.

"Of course, I want to drive as much as possible. We also have to consider the [race] drivers' interests here. But whenever the team will think it's a good opportunity for me to drive, I'll definitely take it."

Unlike Albon, who has moved into the DTM with Red Bull support while maintaining his F1 reserve role, Kvyat does not have a racing programme this year. However, he's starting to think about what he wants to do in 2022.

"And, of course, I am motivated. I'm mainly in this business for winning. So whatever I will do – whether it's F1, whether it's other categories – I will consider if there are short, medium or long-term opportunities for wins."

Having wily manager Nicolas Todt fighting his corner is a plus, but realistically Kvyat knows that landing an F1 race seat is a long shot.

Apart from anything once you've not raced for a year, you're no longer considered current, which makes every F1 testing chance with Alpine even more valuable.

"You're absolutely right. Yes, it's important to drive. I think, more than a one-year break, unless you're a world champion of F1, it's something you can't really allow yourself to do. So it's important to keep going."

So where does he future lie? Former Haas F1 drivers Romain Grosjean and Kevin Magnussen have both forged new careers in the USA, and immediately proved to be frontrunners in their respective series. 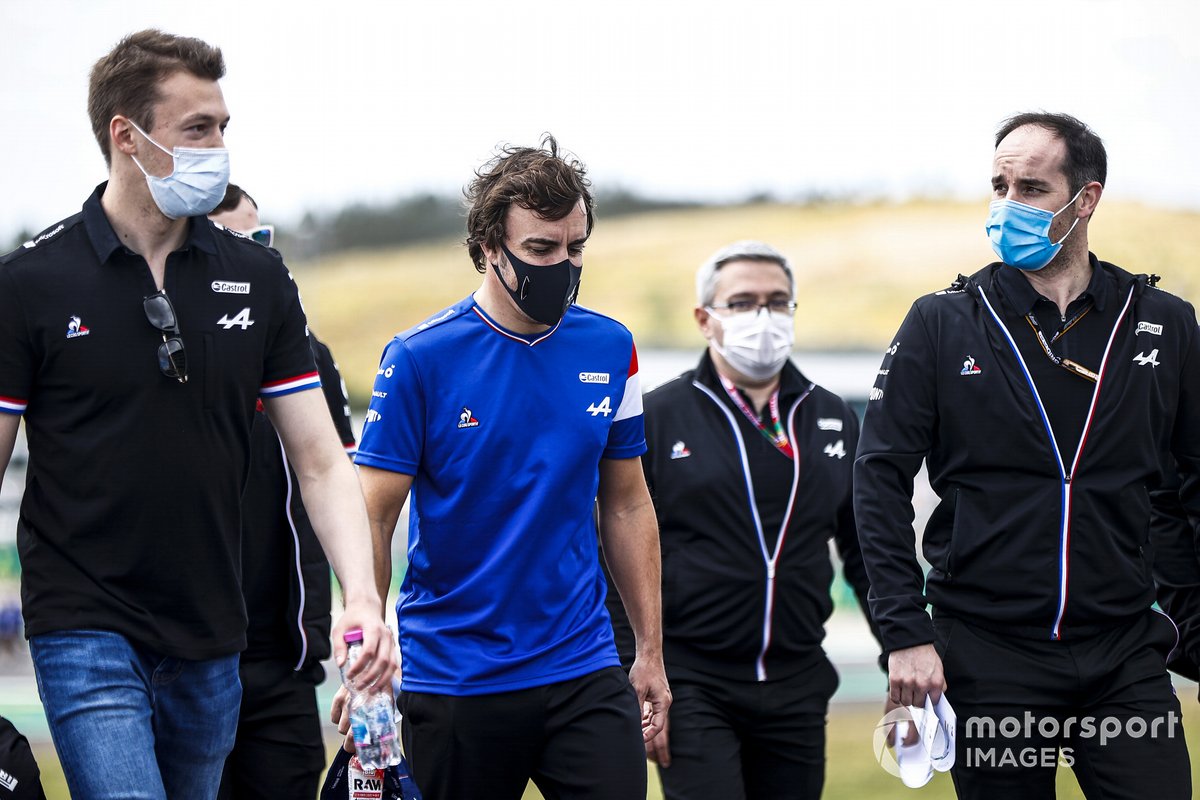 Co-incidentally that was also the year of Kvyat's most recent success, in his GP3 days. The prospect of challenging for wins, after years in F1's midfield, obviously has appeal.

"I will be very open to many opportunities," says Kvyat. "But like I said, I will see where I'm most requested, where I am most desired, and where the opportunity to be competitive will be the highest.

"It's also the pleasure of racing for myself, because when you enjoy what you do, it's always a plus. So there will be plenty of things to look at. It's important to pick the right one, but my mind is very open.

"Whatever there is, IndyCar, Hypercar, Formula E, even throw NASCAR in there. Like I said, in my mind, F1, I still have a lot to give to it. But if the door will be closed, I will realise it very fast. And I'm very good at moving on, believe me."