Formula 1's new feature of offering snapshots of radio messages between teams on the pitwall and race control has been a fascinating addition for fans.

Toto Wolff's complaint about Nikita Mazepin in Spain, and Red Bull team manager Jonathan Wheatley's call to red- flag the race in Baku, delivered the type of behind-the-scenes team emotion that has previously been hidden.

But the insight hit a new peak during Friday practice at the French Grand Prix when both Mercedes and Red Bull urged F1 race director Michael Masi to change the sausage kerbs that were in place at the exit of Turn 2.

That was because a number of drivers had crunched across them over the course of the day, and the damage to front wings and other carbon fibre bits was ramping up.

First to complain was Mercedes sporting director Ron Meadows, who pointed out the excessive financial penalty his team was facing because of the kerbs.

"Those yellow rumble strips on the exit of two have done an awful lot of damage to our car," he messaged to Masi. "They're just too aggressive."

Masi was quick to reply.: "They are the 50mm ones that we normally have in a lot of places, Ron."

Meadows then responded: "All I'm telling you is our car is rooted because we went over them and we can't say 'Well, you shouldn't go there' because that's tens of thousands or hundreds of thousands of pounds worth of damage by going three-foot too wide."

Without a moment's hesitation, Masi came back: "It's a bit more than three foot but I'll have a look. Thank you."

In the afternoon session, it was Red Bull's Wheatley who took to the radio to ask for a rethink about the kerbs after Verstappen had run wide at one point – losing some of his front wing that the team wanted back.

"It's been interesting watching the cars going through turn two and thinking about those yellow kerbs on the exit there," said Wheatley.

"We've just done a shed-load of damage to our car and I'm pretty sure Max didn't end up there on purpose. It just seems to be such a huge penalty for a minor indiscretion on the drivers' part. I was wondering whether you would consider, I don't know, removing half of them."

Masi swiftly replied that the kerbs were not a new addition and had been there in 2019 without any complaints.

Wheatley added: "We know that these cars use different areas and, if you look now on these long runs, they're not going anywhere near them. As I say, it just seems the penalty for going wide, which could be a timing loop, is about £100,000." 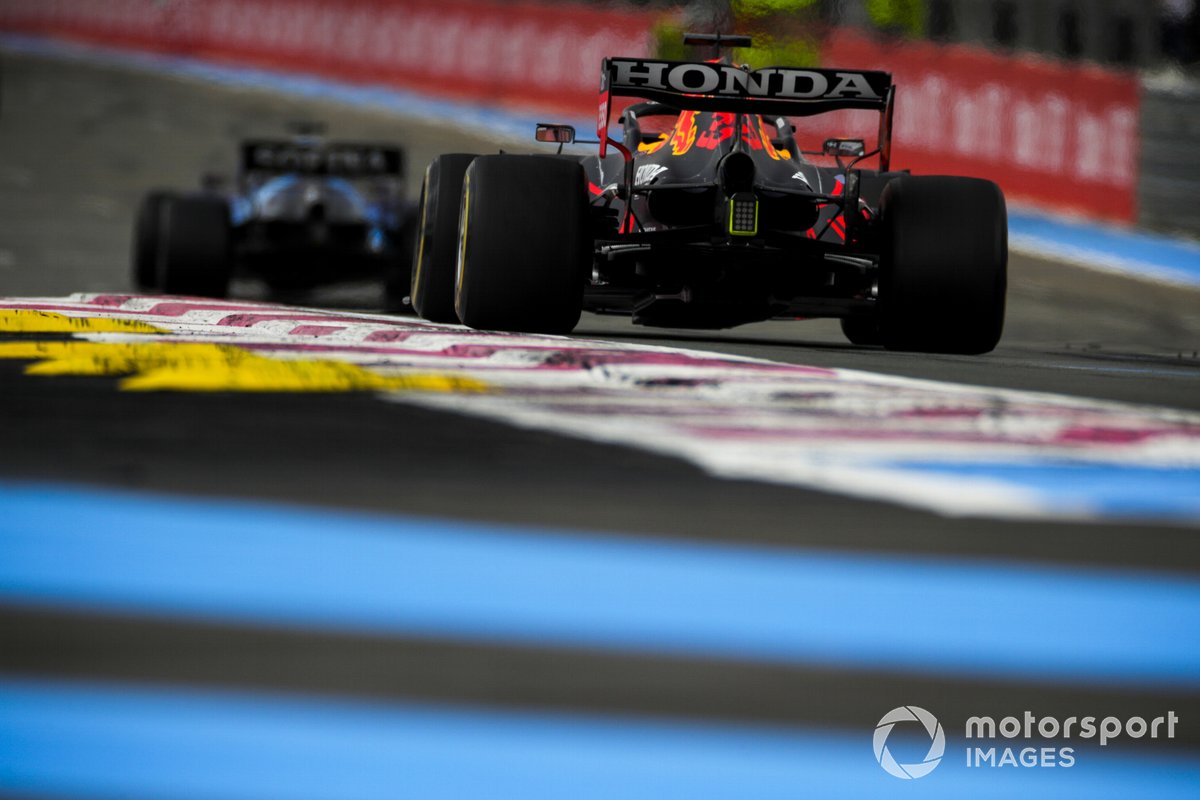 But Masi bought the conversation to a close with: "I think I've heard a number of team principals and drivers ask for physical limits Jonathan as well… I'll have a look at it all this evening."

Masi's reply was almost certainly in direct reference to comments from a number of senior figures, including Red Bull motorsport advisor Helmut Marko, demanding that early season track limits controversies could have avoided by the addition of walls or gravel traps.

But, true to his word to the teams, Masi did go down and inspect the kerbs on Friday night to see if there was any need to remove them.

In the end, he elected not to take them away. And sure enough, the lessons learned from the car damage on Friday meant that drivers steered well clear of them for the rest of the weekend.

Reflecting on why he took the decision to keep them, Masi said that the fact the kerbs were well outside track limits, plus a recent push for more physical deterrents, were key to his call.

"There are probably a number of elements there," explained Masi.

"One was those kerbs were in place last time we were here in 2019. And secondly, they were over two metres from the edge of the track, so you had to be completely off the track to actually come in contact with them.

"But they were reviewed on Friday night following the discussion at the drivers' meeting. I went and physically went to look at them at Turn 2, as much to satisfy myself that everything was correct.

"But more importantly, as we've heard on a number of occasions, particularly this year, they want physical limits and that is very clearly a physical limit.

"Having come off two street circuits at Baku and Monaco, it is quite clear there are physical limits there and it was the same in this circumstance. And, to be fair, during the race there were no issues at all."

F1 has almost certainly not had its final controversy over track limits, but Masi standing firm on the Paul Ricard kerbs shows he's willing to commit to what he feels is best even if not all teams like it.