Williams arrived at the British Grand Prix with such a major revamp to its FW44 Formula 1 challenger that the team admitted it was effectively a clean slate design.

As technical director François-Xavier Demaison (FX) said: “We can really call it a new car, because the list of parts we kept is much shorter than the ones we changed.”

The overhaul of the wings, floor, sidepods, engine cover, suspension, diffuser and internals was pretty much as extensive as could be, and it is hoped will lay the foundation for a stronger second half to the season.

But although Williams and Alex Albon, who got exclusive use of the new parts, never really got to see the full potential of the new package – thanks to wet weather running and the unfortunate opening lap accident – there were some encouraging flashes of pace over the Silverstone weekend that has lifted spirits at the team about what it has introduced.

The new design has moved Williams towards the Red Bull concept of sidepods, but the changes go beyond that – and it would be wrong to suggest that the Grove-based team has simply copied its Milton Keynes rival because it is winning.

Instead, the Silverstone upgrade is the end result of months of work after Williams quickly concluded at the start of the season that its original concept was not one that was going to produce the best performance for the current set of rules.

And in a bid to plot a fresh path, it then needed time to evaluate what its rivals had done and then fully understand what impact changes would make.

Asked by Motorsport.com about the timing of the decision to go for a new car, FX said: “It was complicated.

“Our [original] concept was mostly based on creating downforce with a low ride height. And with this ground effect that everybody's talking about, we said: 'no, this is not the right direction.'

“As soon as we wanted to go low and push a bit the rear stiffness, it was too complicated. We were wearing the plank and the drivers complained. So we said let's go in the other direction.” 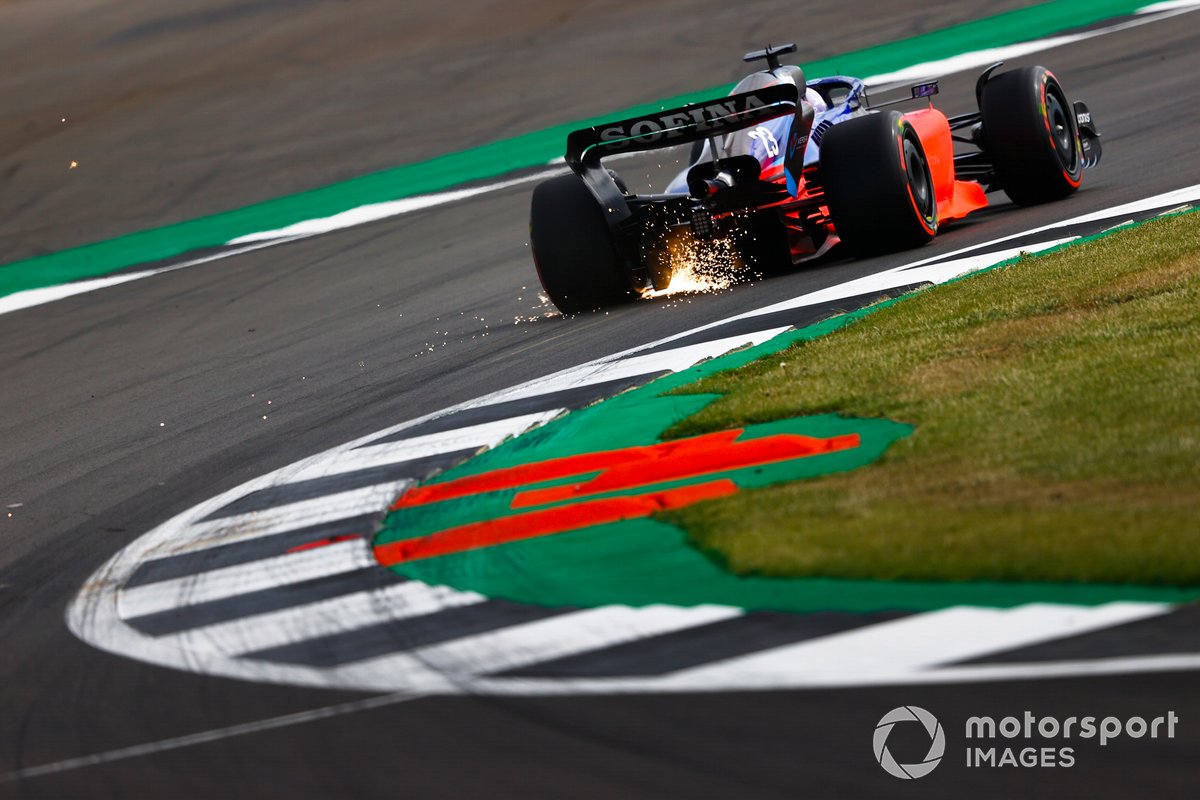 Rather than a knee jerk response to rush something quickly earlier in the year, Williams opted to take its time and only bring it when it was fully researched and ready.

“We saw many, many other cars going in other directions,” added FX. “We're not stupid to not look somewhere else and not look at what the others do.

“For this, it took a bit of time and analysis before we were ready to go, because we didn't want to copy without understanding. That why it is only at race 10 we see it, because we first wanted to understand the concept.”

But while the start for the new car was far from ideal, and may face further delays after Albon’s British GP accident badly damaged a lot of the components, FX sees the Williams change as the start of a new journey.

“It's not the end of the story,” he said. “I think we have many different solutions that are already tested, and we will carry on with this concept. It opens many more doors whereas the concept before meant we were stuck.

“It gives you the option to run a softer car, at a higher ride height. You don't lose so much in the slow sections with lack of mechanical grip or lack of downforce. And that all brings lap time.”