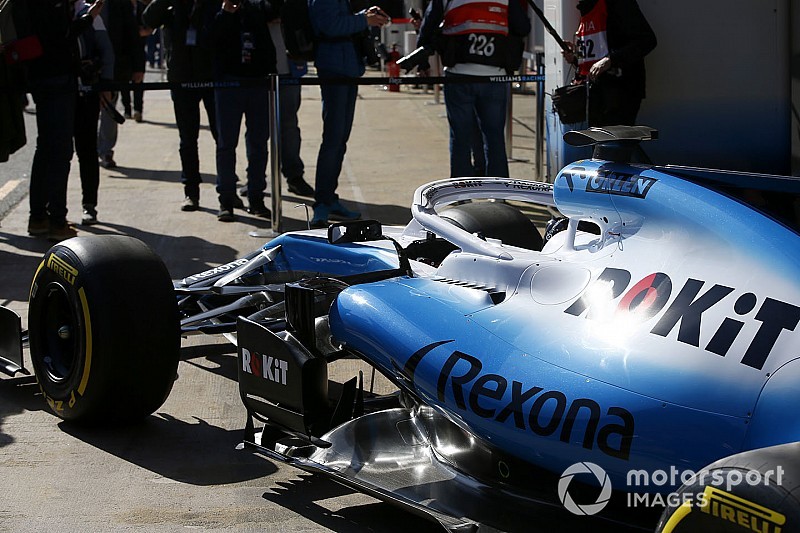 Williams’ delayed 2019 Formula 1 car has made it to the Barcelona circuit and the team is working to begin its pre-season testing programme after lunchtime.

The FW42 was due to hit the track for the first time last weekend but Williams cancelled a planned shakedown because the build of the car was running late.

Williams then missed the entire first two days of the test as the new car remained at its Grove factory in the UK, where it was still being assembled until Tuesday.

The car arrived at 4am and Williams has been working since then to get it ready.

It remains “unlikely” to run the new car on-track until after lunch, which means not expecting to see the FW42 before 2pm local time.

Williams already has plenty of catching up to do, having missed 25% of the available pre-season testing time.

Leading teams Ferrari and Mercedes have already logged more than 300 laps each, although two of Williams’s likely midfield targets Haas and Racing Point have had flawed starts to testing with 137 and 109 laps completed respectively.

Team mileage so far in testing

The difficulties at Williams, which fell to last among the teams in 2018, have prompted questions about the future of its technical chief Paddy Lowe.

It is not clear who will drive the FW42 for the first time as Williams’s most recent revised driver plan was to split the running between Robert Kubica and George Russell on both days.

Russell was due to drive on Wednesday morning before handing over to Kubica.

Reserve driver Nicholas Latifi was originally scheduled to drive Tuesday and part of Wednesday but will now not get any running this week.