"Outrageous" Mercedes pace could have led to more design copy 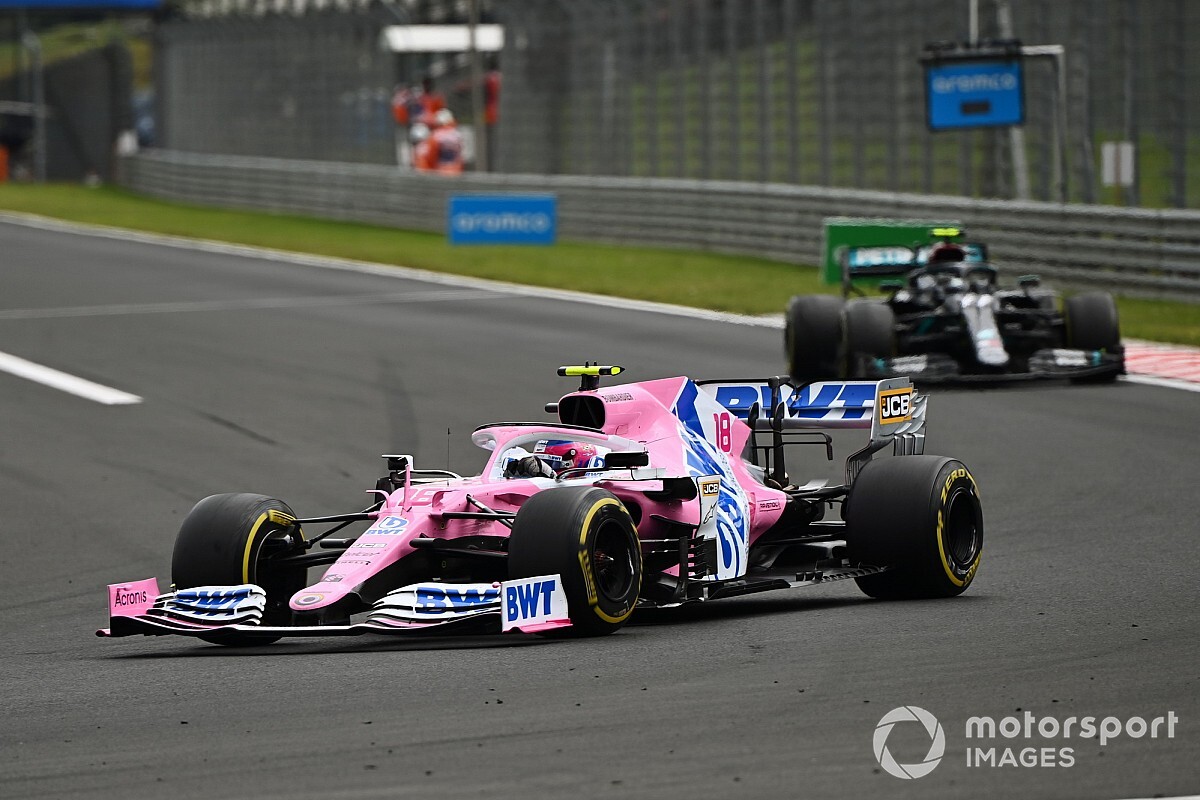 The "borderline outrageous" pace shown by Mercedes this year would have forced rivals to consider doing a Racing Point and coping it if designs weren't frozen, reckons rival Williams.

The massive step forward that Racing Point has made with its Mercedes clone this year has caused some controversy in Formula 1, with a number of teams uneasy about the way it could leave smaller outfits feeling they have no option but to become copycats to stay competitive.

Racing Point is adamant that it has operated within the rules, but the design of its brake ducts is subject to an imminent FIA ruling following a Renault protest.

F1's emergency chassis freeze rules for next year, allied to a new regulation package coming in for 2022, means that other teams cannot go down the copying route in the short term though.

However, Williams head of vehicle performance Dave Robson is clear that no matter how uneasy teams felt about copying another design, the current stand out pace of Mercedes would have left everybody needing to think about making a clone if allowed.

"I think potentially you would have to," he said, when asked by Motorsport.com about if copying the Mercedes would have been necessary.

"I think it is clear that for quite a few years Mercedes has been the standout car. Even though the Red Bull and Ferrari at times have excelled at certain circuits, the Mercedes is a go-anywhere package.

"However they do it, it is phenomenal and their pace [in Hungary was] just borderline outrageous compared to the rest of the field.

Robson says that one of the key hurdles for any outfit wishing to copy a rival is the need to understand the concepts behind the car.

"It's always been the case that copying is an important part of the game we play," he said. "The difficulty is that these cars are so complicated that what you really need to be able to copy is the concept.

"It's always been the case that copying is an important part of the game we play. The difficulty is that these cars are so complicated that what you really need to be able to copy is the concept.

"So if you can take all those pictures and watch all the video footage and understand how and why the Mercedes works, then you can make that work yourself.

"Some parts of what it does are quite obvious in terms of its choices on ride heights, and you can see some of the key bits of the aero surfaces.

"If you can copy all of those and understand how they work and make them work on your own car then fair play. I don't see any problem with that. I think that's all part of the game and they have done an exceptionally good job of that."

With Racing Point having admitted that it struggled to get the Mercedes concept working as it initially tried it out in the windtunnel, Robson acknowledges there is also a risk of copying not automatically delivering results.

"Perhaps Racing Point felt that with big changes coming up in what would have been 2021, but now 2022, they could afford to take that risk and financially they were stable, so if it backfired this year then maybe it wouldn't have mattered," he said.

"I think it is an incredibly difficult decision to make to completely change your concept. You've got to be so confident that you can copy it, understand it and make it work.

Aston Martin would be "foreign territory" for Vettel