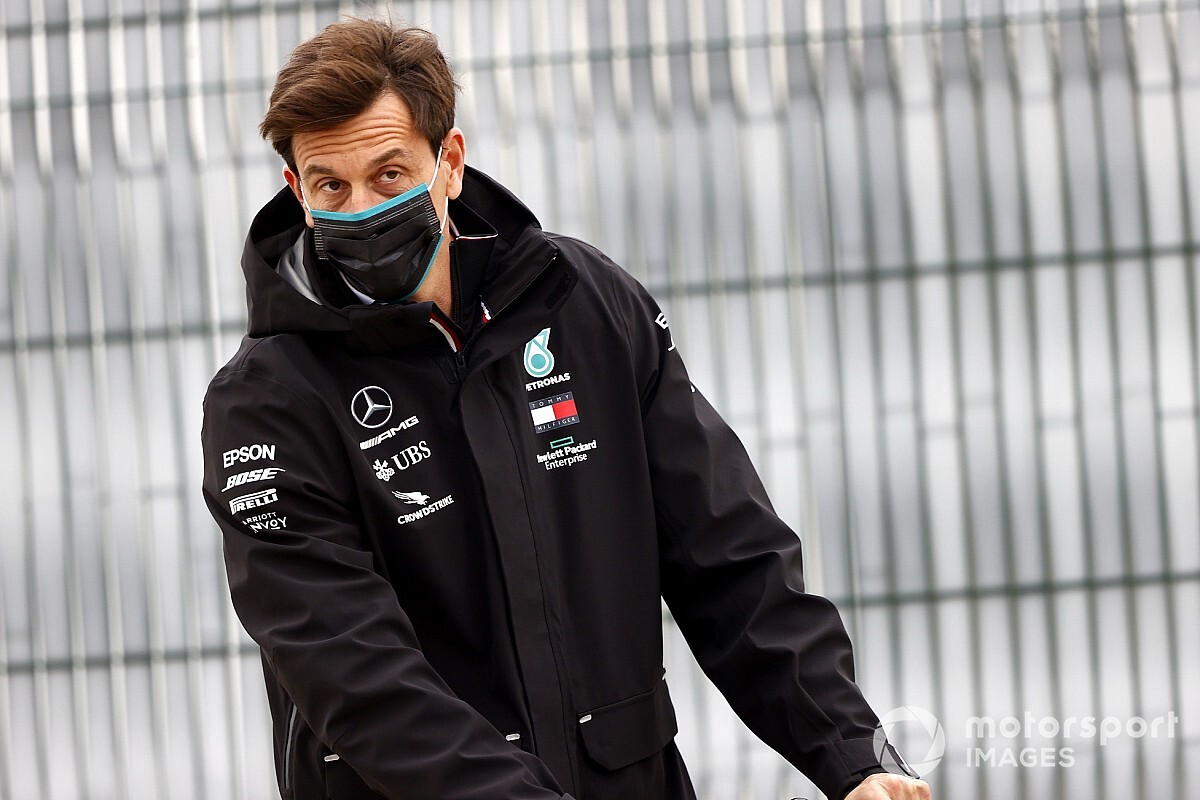 Toto Wolff says he is acting as a “mediator” to try and resolve the Racing Point brake ducts controversy without the case going to the FIA’s International Court of Appeal.

The FIA stewards ruled on Friday that Racing Point had breached the Formula 1 regulations in the design process of its rear brake ducts for the 2020 season, resulting in a 15-point penalty and a €400,000 fine.

Racing Point was deemed to have copied the design of Mercedes’ 2019 rear brake ducts, but is permitted to continue using the part for the remainder of the season.

Racing Point is planning to appeal the ruling, while Renault, McLaren, Ferrari and Williams have also lodged appeals in a bid for a harsher penalty to be applied.

The case has dragged in all 10 teams and sparked controversy through the F1 paddock, with Mercedes F1 team boss Wolff previously warning against the case being taken to the Court of Appeal.

The teams who have lodged an intention to appeal with the FIA have until Wednesday morning to formalise their protests, at which point it would be taken to the FIA’s International Court of Appeal.

Speaking after Sunday’s 70th Anniversary Grand Prix, Wolff said he had met with the teams on both sides of the argument in a bid to act as a mediator and try to prevent the case from going to the Court of Appeal, believing it would only drag out the matter.

“I don’t think that anybody is interested in this continuing forever and going to the International Court of Appeal,” Wolff said on Sky Sports F1.

“It will be a month or two until there is the case with lawyers involved, and therefore, everyone is trying to be pragmatic. I was invited to be the mediator between the two groups, which I tried to satisfy.”

Asked if he had any luck in the meeting, Wolff replied: “They’re all so stubborn, but I think we made progress, a little bit.

“Now in the next 48 hours, we should come to a conclusion whether the appeals remain upheld or everybody decides it’s not worth going that way. Racing Point was penalised anyway.”

It is understood some of Mercedes’ rivals are concerned about its involvement in the case, having supplied Racing Point with brake ducts six days after they stopped being a non-listed part in January.

Mercedes supplied the brake ducts to Racing Point as spares for pre-season testing, but the FIA stewards said it did not deem the part transfer to be a significant regulation breach as it did not offer any additional information to Racing Point that it did not already had.

Wolff had no concerns about Mercedes’ involvement in the case, and said it did not have any bearing on the team’s reputation.

“I believe that if this goes to the International Court of Appeal, the lawyers and the barristers have a strong opinion that this is a case that has very, very solid pillars, and therefore everybody’s in a good place about that.

“I’m speaking to Ola [Kallenius, Mercedes’ chairman] every single day, we’re speaking about good things and bad things. Obviously our reputation is very important, but it is intact.

“If someone thinks that we have done something wrong, they should protest, and we’re happy to go to court.”