Mercedes Formula 1 team boss Toto Wolff has given the firmest indication yet that he’s on the look out for a successor so he can step back from his role. 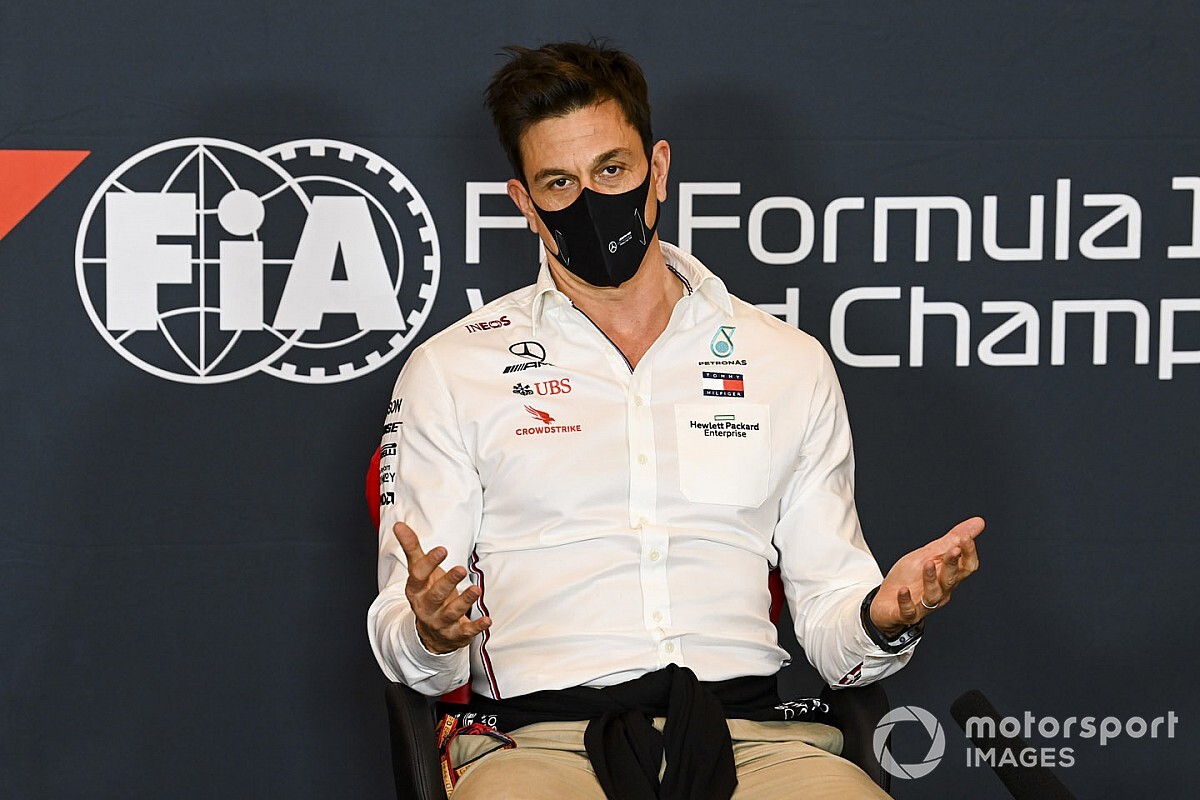 Wolff admitted earlier this year that his time in helping Mercedes to a run of world championship success since 2014 has taken its toll on him, and he was pondering what he wanted to do in the future.

He is currently in negotiations with Mercedes owner Daimler about a new contract, and identifying what responsibilities he wants to have with the team from next year.

And while he will stay with the team in the short term, he is clear that he is considering how best to restructure the outfit so over time he can step aside into a new role and someone else can come in as team principal.

With F1 pushing for a calendar expansion, amid plans for a 23-race schedule in 2021, Wolff says the time is right for him to think about what’s best for Mercedes long term.

“The truth is that it's taking a toll on all of us and I've always been of the opinion that you should never go from very good to good, because then somebody else should take the baton and run,” he said.

“I still feel that I can make a contribution, I actually enjoy the race weekends a lot. And I've come to enjoy them more since lockdown. I just need to think how I would like to structure the team going forward.”

Wolff said that how Mercedes has been able to evolve its technical department over recent years, with Paddy Lowe leaving in 2017 and James Allison coming in, has provided some inspiration for sorting out the wider team structure.

“We had a great handover of responsibilities, whilst keeping the know how and the senior leadership in the company, but also not creating a bottleneck for the young talent to come up,” added Wolff.

“This is something which I find very interesting, and looking forward into the next few years, it would very much make me proud to see a team principal coming up, taking over from me and doing a better job than I could have done at that time. This is a really interesting project for me.

“I don't feel that I will let the team down. I'm a shareholder and I will stay with the team, that is what we have agreed with Daimler, but maybe then in another function. Whether it is CEO, or chairman, we haven't figured out yet.

“Daimler has very much given me the choice. But, before me transitioning into a new role, I need to make sure that somebody else is doing the 23 races and I can enjoy myself in front of a Zoom screen.”

Asked if it is possible that he could step down from his team principal role as early as next year, Wolff said: “I've spent quite some time thinking about it, and also involving the leadership within MGP, and we haven't identified the structure for the future.

“But, whilst enjoying myself, I also need to make sure that there is a transition sometimes in the future, and I don't know when that is because I haven't identified the right person yet.”